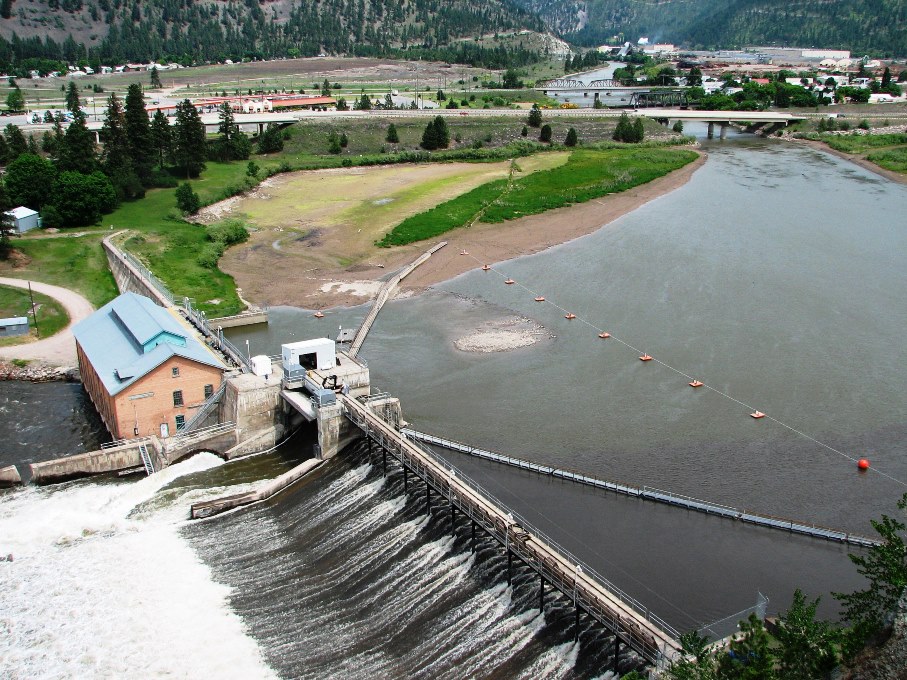 On July 25, 2018, Harley Harris, the supervising attorney for the Montana Department of Justice’s Natural Resource Damage Program, addressed a conference of the National Association of Government Labor Officials in Missoula, Montana.

He explained the benefits of Montana’s restoration economy, an initiative launched in 2006 by former Montana Governor Brian Schweitzer, with help from REVITALIZATION publisher Storm Cunningham, who also keynoted the first Governor’s Restoration Forum in Billings in 2006. 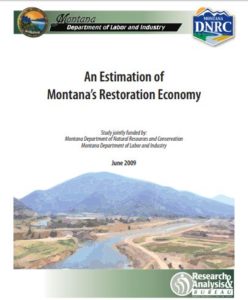 One of the many positive outcomes of that initiative was a 2009 report titled “An Estimation of Montana’s Restoration Economy.”

It documented that 31.5 higher-paying jobs were created for every $1 million dollars invested in restoring abandoned mines and polluted rivers, along with a $2.3 million return on investment via the economic activity stimulated by that public investment.

“In that 2009 study, they concluded that for every million dollars spent on restoration, there were approximately 30 or so jobs, full-time equivalent, created,” Harris explained. “Ten directly, and 20 indirectly. In comparison to the oil and gas industry, there’s [only] five jobs created and in say, the pipeline industry, 21,” he explained. “Another salient aspect of the restoration economy is it’s local. It keeps dollars in the local economies and it primarily benefits rural areas.”

Just one project, the $113 million clean-up and removal of the toxic Milltown Dam and ecological restoration of the surrounding area generated over 3500 jobs.

Here’s an excerpt from the introduction of that 2009 report:

The term “restoration” is used by ecologists to refer specifically to a holistic and complete restoration of an ecosystem to its original condition – a state which many government-led “restoration” projects may not achieve. Three terms are commonly used in ecological restorations that define the extent of clean-up activities: restoration, remediation, and reclamation.

All of these terms have legal definitions provided by environmental laws and regulations. In general, restoration is considered the highest level of environmental cleanup and refers to efforts to return the site to full use or to its original state, if possible. Remediation is one part of restoration efforts. Remediation refers to efforts to bring an area into acceptable use, including the removal of waste to bring the area up standards deemed to be safe for human and ecological health. Another term often used as a part of restoration is reclamation.

Reclamation is another subset of restoration and refers to efforts to return the land to some beneficial use. Reclamation efforts may include re-vegetation, planting of native grasses, and the removal of waste dumps (although not necessarily up to the level of health standards). Complete restoration is preferred in both in terms of environmental quality and for future economic use of the property, although restoration is also perceived to be the most costly option.

For the purposes of this study, all activity repairing environmental damage is included as restoration, regardless of these nuances. This study includes all workers and businesses that are involved in repairing damage to Montana’s habitats and ecosystems in the restoration industry.

Examples of restoration projects include cleaning up Superfund sites, mine reclamation, water treatment, brownfield redevelopment, and forest restoration. The ecosystems are often damaged by industrial activities, but may be damaged by natural causes, such as forest restoration to remove trees harmed by pine beetles. This study is particularly focused on the impact of the restoration industry in relation to mine cleanup, and the results of this study may not be applicable to other types of restoration, particularly forestry, which may require different types of workers and job activities than mine restoration.

A definitional distinction exists between the restoration industry and the recently coined term “green economy.” The “green economy” refers to the economic activity generated by occupations and industries that aid in environmental protection, promote conservation, or encourage renewable energy sources. Jobs in alternative energy production, recycling, or installing energy efficient windows can be considered green jobs. Restoration jobs are a subset of green jobs and refer specifically to employment related to restoring a damaged ecological environment.

Featured photo by Storm Cunningham is of the Milltown Dam in 2006, just prior to its removal and subsequent river restoration.

See article by David Erickson in The Missoulan.