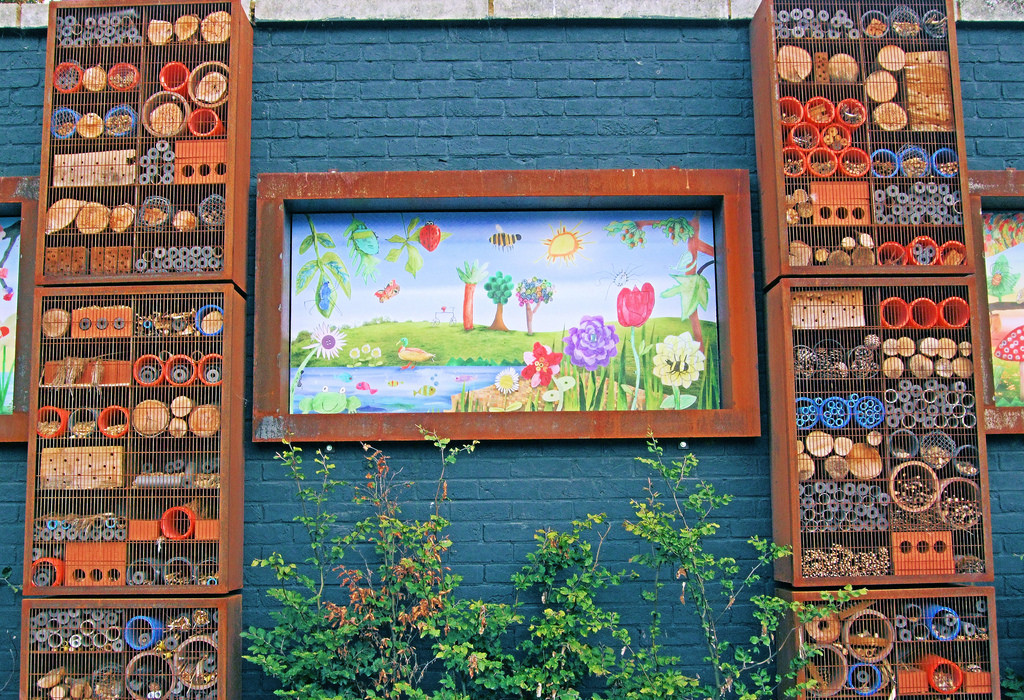 This summer, the citizens of Verdun, Montreal, Quebec will welcome those with six legs to their neighborhood. They hope to see new tenants nest near them, thanks to insect homes that will be installed in green alleys. Four intriguing wooden structures should be erected by the end of summer in the Victor and Gordon & Rielle Alleyways.

In addition to breathing a little bit of oxygen and chlorophyll life into the tarmac in their backyards by planting indigenous plants and shrubs, this group of neighbors has decided to add this bait of useful insects in two green alleyway projects.

“It’s good to plant trees and shrubs. But if we really want to create an ecosystem, we need to take another step. In order to increase the biodiversity of this urban environment, we thought of introducing an insect home. This helps not only with pollination, but it also enriches the food chain,” explains Jean-Francois Caron, the initiator of the Biodiverse Alleys project.

According to him, insect shelters are commonplace in Europe: many cities, such as Toulouse, have introduced them in parks and green spaces in order to limit the use of pesticides and promote the growth and blossoming of certain trees, flowers and shrubs.

This past winter, the project’s creator tested a limited-range model in his own garden, drawing inspiration from the European model, before proposing the installation of four nest boxes at the neighborhood scale.