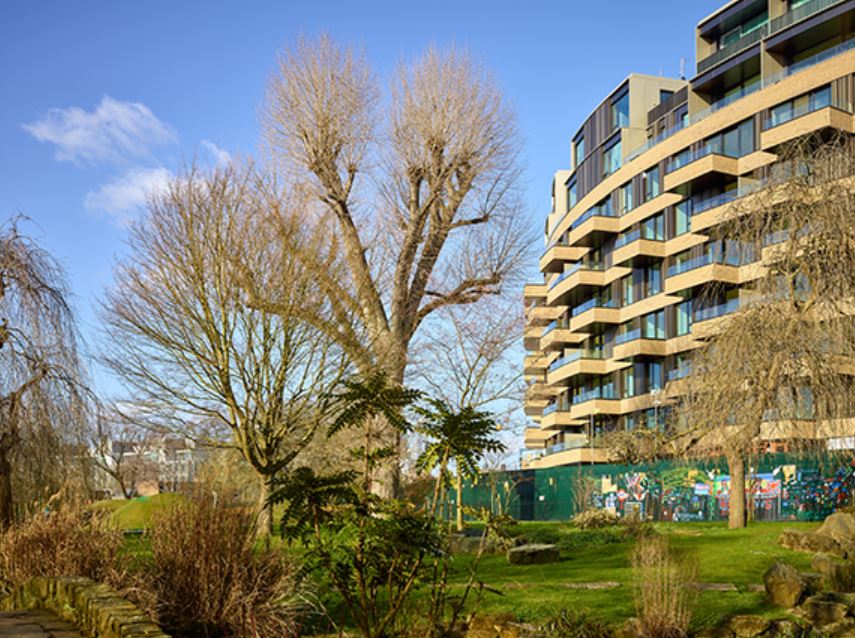 In London, England, the Television Centre was BBC headquarters from 1960 until very recently. 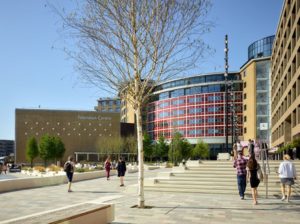 It was the birthplace of classic productions such as Fawlty Towers, Monty Python’s Flying Circus, Absolutely Fabulous, Top of the Pops, and Doctor Who.

Today, the property is a perfect example of the 3Re Strategy at work: it has been repurposed, renewed and reconnected to revitalize the neighborhood with 4000 new homes, as well as a cinema, hotel, gym, stores, and bars.

The reincarnation of the Television Centre was the result of a five-year mixed-use redevelopment project masterplanned by Paul Monaghan of local firm AHMM.

It’s a highly complicated combination of adaptive reuse, restoration, and a series of new buildings. 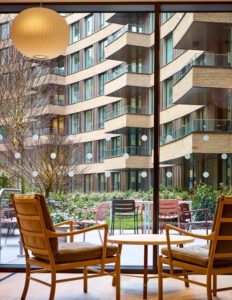 Entering from the street, the complex seems welcoming: a steady incline draws visitors up via planted lawns and small public plazas between the open arms of studios to the left.

The historic building was the first purpose built television studio in the UK. The architects’ vision for the restoration and reuse was to reinvent Television Centre as an integral part of the local area.

The Masterplan opens-up the site to the public for the first time, and connects it to the surrounding area. A new public realm in the form of the restored Helios Courtyard and the reinvented forecourt will improve pedestrian movement through the site. 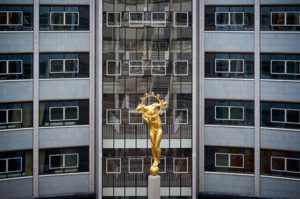 To boost economic revitalization, it’s designed to create a “media cluster” for creative media companies build a new destination of work and leisure places around what’s already an iconic brand.

BBC will continue their presence of the with both studio and offices.

This truly mixed-use redevelopment contains a wide variety of land uses that create a new—but still instantly-recognizable—place to live, work and play.