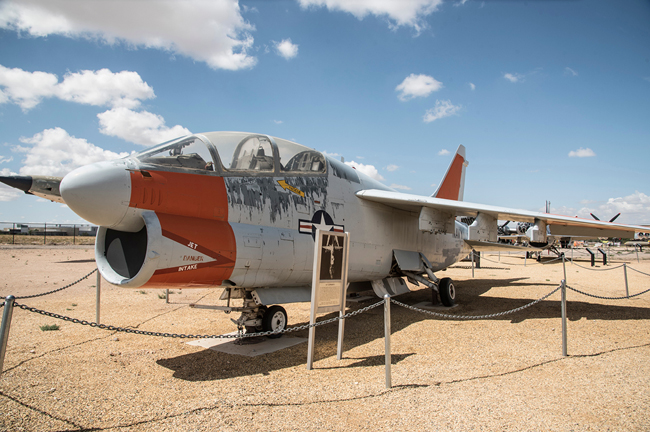 On April 14, 2017, the National Museum of Nuclear Science & History in Albuquerque, New Mexico launched an ambitious one-month crowdfunding campaign through Indiegogo. The campaign will run until May 14, 2017, and is intended to fund the exterior restorations of two of the museum’s iconic fighter-bombers, the F-105D Thunderchief and the A-7 Corsair II. 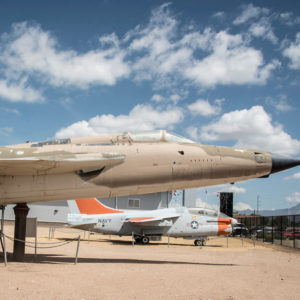 Thunderchief in foreground,Corsair in background.

The museum’s F-105D Thunderchief, a supersonic fighter-bomber that was sent to Germany to provide NATO nuclear retaliation capability during the depths of the Cold War, and the museum’s A-7 Corsair II, one of the Navy’s most capable attack aircraft that is also the only aircraft in the museum’s collection to have ever flown in combat missions, will both be the focus of a special initiative within Operation Preservation – a multi-year campaign to repaint and refurbish the iconic aircraft in the National Museum of Nuclear Science & History’s nine-acre outdoor exhibit area, Heritage Park.

“It is an honor and a privilege to restore these two iconic fighter-bombers back to their former glory,” said Brigadier General (Ret.) Jay Bledsoe, Restoration Project Manager. “They represent a time when our lack of technological superiority was overcome with dedication and just plain courage.”

This will be the National Museum of Nuclear Science & History’s third crowd funding campaign, as the museum successfully raised over $44,000 in 2015 in a similar initiative for its B-29 Superfortress, and it raised over $66,000 through Indiegogo last year for its B-52B Stratofortress.

The total restoration cost for both aircraft is expected to be $45,000. A little more than half will be paid for by the Indiegogo crowd funding campaign where the museum will aim to raise $25,000 in a one-month time frame. If this campaign reaches its goal in the allotted time of one month, the Museum will be able to purchase paint and primer, prepare the surface of both aircraft and then paint the fuselage and wings of both airplanes. 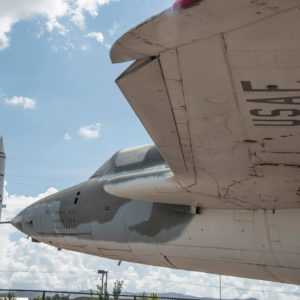 Through Indiegogo, April 14 through May 14, the National Museum of Nuclear Science & History is asking individuals to “Help restore two historic fighter-bombers to their former glory!” and to become a member of the F-105 and A-7 Restoration Team by making a monetary donation. Restoration of the F-105 and A-7 will begin in the spring under the supervision of General Bledsoe, with the help from museum staff and volunteers.

This will be the fourth and fifth successful restorations, as the museum completed refurbishment of its B-52B Stratofortress in 2016, its B-29 Superfortress in 2015, and its F-16 Fighting Falcon in 2014. The target completion date for this restoration project is early fall of 2017.

Contributions to the F-105D Thunderchief and A-7 Corsair II restorations are tax-deductible and can be made online or directly to the Indiegogo campaign. For more information on this restoration initiative, please email info@nuclearmuseum.org.

The National Museum of Nuclear Science & History is located at 601 Eubank SE in Albuquerque, New Mexico. Formerly the National Atomic Museum, which opened in 1969 and was chartered by Congress in 1991, the Museum serves as a repository and steward of nuclear-related historical items and is a Smithsonian Institution affiliate. The Museum is open 9 a.m. to 5 p.m. 361 days a year.