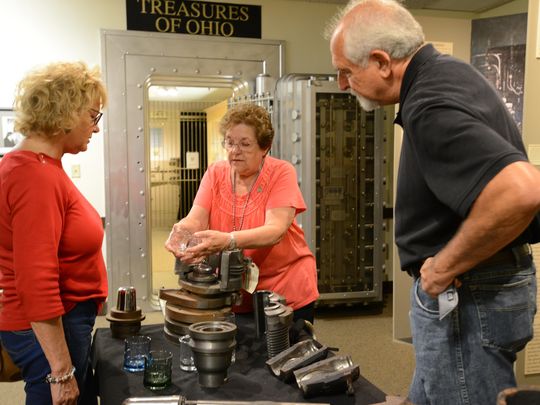 There is no doubt that downtown Lancaster, Pennsylvania has experienced a rebirth in the last couple years or so with several new restaurants and other businesses opening.

“Surprisingly, I’m at the point of telling people that we have no space to rent,” Destination Downtown Lancaster/Special Improvement District Executive Director David Scheffler said. “We get regular calls looking for retail space and we’re at the point where it’s pretty slim pickings for retail space downtown.”

He said downtown has become “a hot place.”

“People are now looking to downtown as a destination, which they didn’t do just a few years ago,” Scheffler said.

But long before the downtown renaissance started, four downtown museums, the Ohio Glass Museum, the Sherman House, the Decorative Arts Center of Ohio and the Georgian Museum, were attracting visitors to the city.

Andrea Overbrook is the executive director of the Fairfield Heritage Association, which owns the Georgian and Sherman House. She said the four downtown museums have been a mainstay for the last 15 years.

“Especially with the Decorative Arts Center and the Glass Museum coming into being during that time as well,” Overbrook said. “All of these museum entities have been bringing people into the downtown area. Over the last 20, 30 years we’ve watched businesses come and go and we’ve watched buildings being demolished, be burned. And while downtown has really been transforming, it’s always been the museums that have always kind of been here unchanged in a sense.”

She said the museums are a reason for people to visit downtown, since restaurants do come and go.