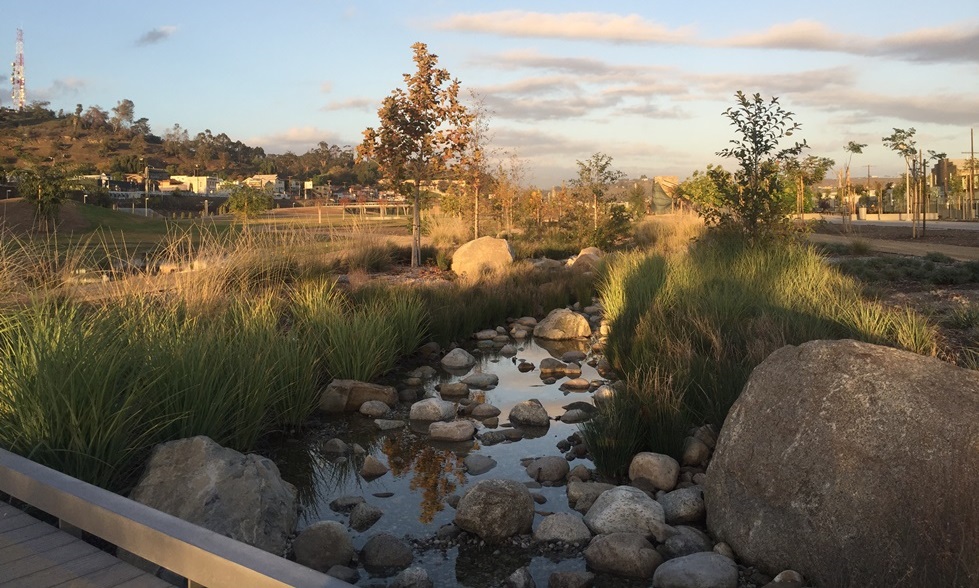 The Los Angeles State Historic Park (LASHP) is a California state park in the Chinatown neighborhood of Los Angeles. It provides an extraordinary opportunity for recreation and education in the heart of Los Angeles.

Within its 32 acres of open space directly adjacent to Chinatown, park visitors can wander pathways and enjoy a view of downtown, as well as discover and celebrate the natural and cultural heritage of Los Angeles.

The 32-acre (13 ha) site was established as a California state park in 2001. That same year, a five-foot section of the historic Zanja Madre irrigation canal was uncovered. The former brownfield consists of a long open space between Spring Street and the tracks of the Metro Gold Line. Located outside the main commercial and residential area in the northeast portion of Chinatown, the area is adjacent and southeast of Elysian Park neighborhood.

This former site of the Southern Pacific Transportation Company‘s River Station (1876−1901) is considered the “Ellis Island of Los Angeles”, where new arrivals from the east first disembarked. Corn leaking from train cars and sprouting along the tracks gave rise to the nickname The Cornfield.

In 2005, the former industrial site was actually transformed into a productive cornfield for one season as an art project called “Not a Cornfield.” In 2006, California State Parks developed a temporary, 13-acre portion of the park so that the public could enjoy the park immediately. Since that time, they have developed partnerships with educational institutions and community organizations to allow for creative and innovative public events. 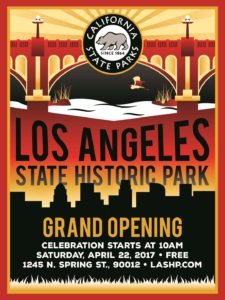 In 2006, a contest was held in conjunction with the California State Parks Foundation to select a design for the park. The preliminary park opened on September 23 of the same year. Hargreaves and Associates of San Francisco ultimately won the contest. Opening a brand new state park in the middle of downtown is no easy feat. Since the land acquisition in 2001, CA State Parks and the surrounding communities worked hard to make the grand opening a reality for the city. This involved some 65 public meetings and the establishment of park advocacy groups.

But development of the park has been slow. After the Bush administration’s 2008 recession, funding for a full renovation of Los Angeles State Historic Park seemed far off. Though the park had been waiting for a thorough face-lift since the state bought the 32-acre former rail yard at the crux of Chinatown and Echo Park in 2001, a refurbishment amid a sluggish economy wasn’t necessarily an easy sell.

But in 2009, an Echo Park punk rock festival needed a bigger venue. After a profanity-trimming name change, FYF Fest had found a home just off the Gold Line, and the park had a reliable new income stream.

Upcoming renovations–such as a new amphitheater space, permanent restrooms, a forthcoming restaurant, and a dramatic elevated walking path–will make for an even more functional and striking venue for music.

Nearby Grand Park proved to be a popular place for free cultural events, and Woods stressed that the new park’s civic role comes first, and any revenue-generating concerts will have to allow for that priority.

When Los Angeles State Historic eventually links up to two other proposed park developments along the Los Angeles River, at the Bowtie and Rio de Los Angeles plots, it could herald a whole new approach to how culture interacts with public land in Los Angeles.

See full article by August Brown in the LA Times.