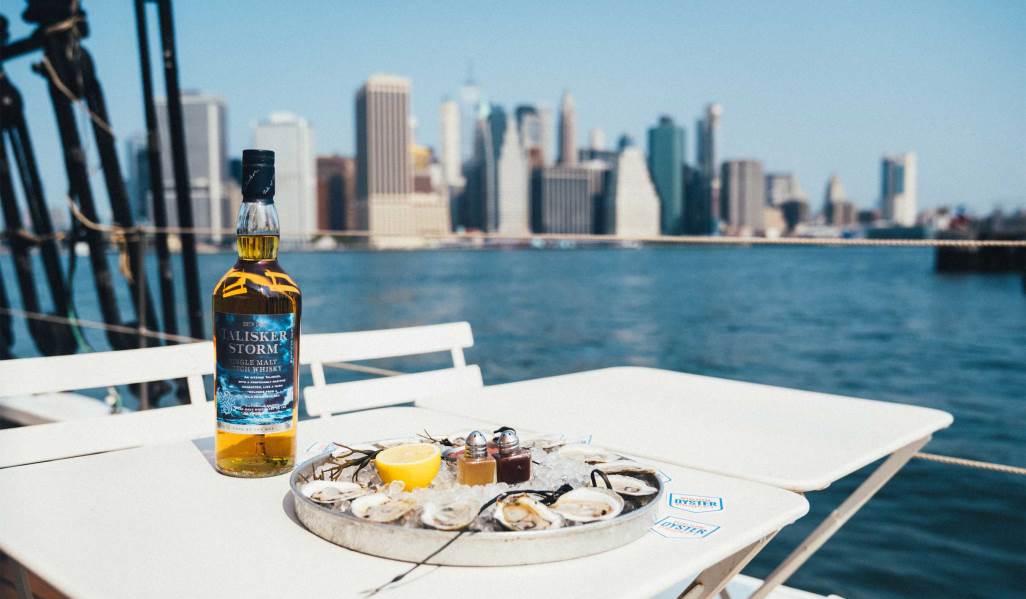 I love the smoky scotches native to the west coast of Scotland, and Talisker is one of my (Storm Cunningham) favorites. It’s from the Isle of Skye, which happens to be one of my favorite places on the planet.

So, I was happy to hear the news that Talisker Single Malt Scotch Whisky and the restorative New York City nonprofit Billion Oyster Project had partnered for a second year of collaboration on oyster reef restoration efforts and public education initiatives aimed at restoring one billion oysters…hopefully restoring a “wild spirit” to New York Harbor by 2035 (rewilding). 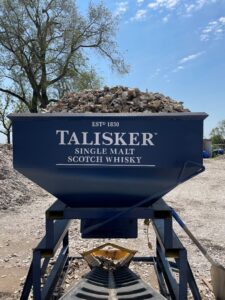 Talisker is the lead sponsor of Billion Oyster Project’s Shell Collection Program, a cornerstone of the nonprofit’s work and an essential recycling process for the resource. Oyster shells provide the base material for oyster reefs, which offer a home for young oysters to grow and hundreds of species in New York Harbor to thrive.

Talisker will support Billion Oyster Project’s ongoing shell collection operations, which are expected to collect more than 200,000 pounds of oyster shells from 50 NYC restaurants and divert them from landfills in 2021.

The Talisker distillery is battered by wind and waves on the rugged coastline on the Isle of Skye, where oysters are locally farmed and enjoyed. The waters from the nearby sea create the signature maritime and briny notes of Talisker – making this the perfect Scotch for oyster pairing.

As an homage to its home by the sea and deep-rooted love of oysters, Talisker is continuing its partnership with Billion Oyster Project for a second year to preserve the oceans, an essential resource for both bivalves and its whisky, and provide support for local NYC restaurants. 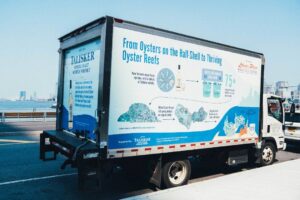 “The entire Talisker team is honored to renew and deepen our partnership with Billion Oyster Project for a second year knowing we’ve made a tangible impact on New York City’s oyster reefs,” says Jamie Young, Director of Single Malts for Diageo North America.

“Every day, our whisky is influenced by the vast ocean that surrounds us on the Isle of Skye, much like the oysters living in New York Harbor. The sea forms an important part of who we are, and we believe it is our goal to encourage people to embrace the exhilaration of the ocean whilst awakening a desire to protect and restore it for future generations in any way they can,” he added.

“Thanks to New Yorkers’ love for oysters, shells are plentiful, but sorting, collecting, transporting and storing this valuable resource takes significant effort,” said Pete Malinowski, Executive Director of Billion Oyster Project. “Continued support from Talisker will enable us to rebuild our shell collection program, restore more oyster reefs, and engage more restaurants and community members in creating a healthier Harbor for all New Yorkers to enjoy. We’re grateful for their ongoing commitment to our work.”

With the help of volunteers and partners since 2014, Billion Oyster Project has: 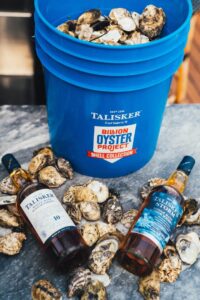 Founded in 1830, Talisker was the first distillery on the Isle of Skye. The distillery’s signature maritime and briny notes are core expressions in Talisker 10 Year Old and Talisker Storm.

Billion Oyster Project is a nonprofit organization on a mission to restore oyster reefs to New York Harbor through public education initiatives. Why oysters? Their reefs have the ability to filter water, provide habitat for many marine species, and help shield NYC shorelines from storm damage.

Founded on the belief that restoration without education is temporary and observing that learning outcomes improve when students have the opportunity to work on real restoration projects, collaborating with public schools is fundamental to Billion Oyster Project’s work.