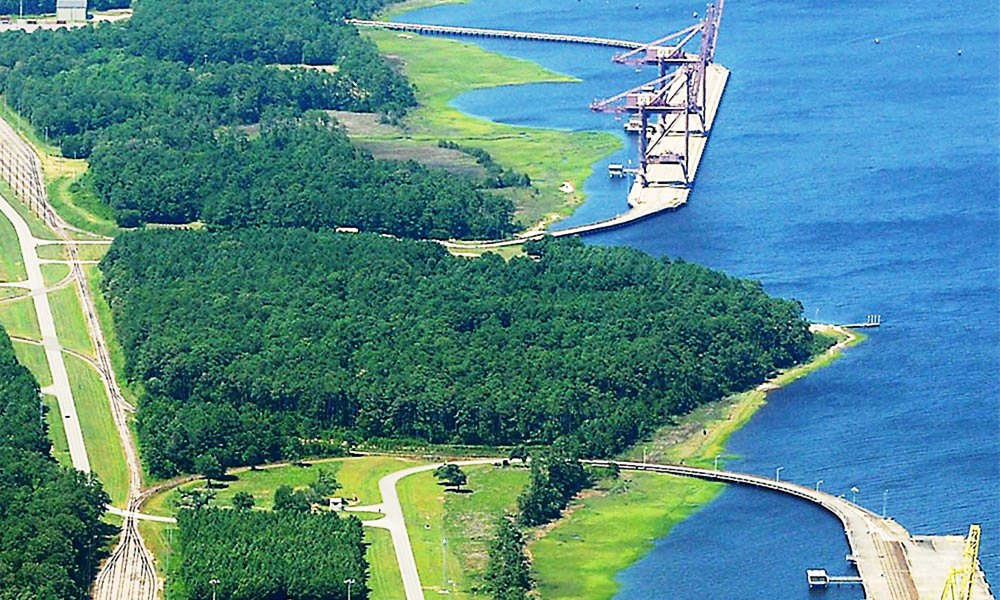 For years, the U.S. Department of Defense Department (DoD) has been advancing on another front that is critical to—but not often associated with—national security: conservation.

In fact, the Pentagon, which oversees millions of acres of land and water, has partnered since 2013 with the Departments of Agriculture and Interior in an initiative called the Sentinel Landscapes Partnership to encourage sustainable practices on working lands as well as conservation and restoration of lands and waters near military installations.

There are seven Sentinel Landscapes throughout the country, including in the Chesapeake Bay region, eastern North Carolina, and Georgia. Since the program’s inception, the government has designated 2.3 million acres as Sentinel Landscapes, an area nearly three times the size of Rhode Island, and is considering proposals to add more.

State agencies and nongovernmental organizations, with support from stakeholders such as private landowners, universities, conservation groups, and others, can propose Sentinel Landscapes, which can then be designated by the federal government.

The partners then operate from a set of shared goals, which typically include safeguarding cultural or natural amenities, promoting sustainable practices on working lands such as farms and forests, respecting the needs of private property owners, and sustaining the military presence.

For example, within a Sentinel Landscape, the Defense Department, state and local government agencies, and a developer could work together to ensure that a new residential or commercial building is sited appropriately so that light pollution does not endanger soldiers’ ability to train effectively at night on a nearby Army post.

Or a farmer or forester within a Sentinel Landscape could receive technical or financial assistance from the Agriculture Department to create a management plan to protect key habitats and resources, such as at-risk species or water sources.

Similarly, partners in a coastal area could collaborate to identify potential conservation easements near a Navy base that allow salt marshes to migrate inland as sea level rises, protecting training space for soldiers while also preserving access to recreational opportunities or areas of cultural importance.

Why designate a Sentinel Landscape?

As the third-largest manager of natural resources in the federal government, the Department of Defense oversees 25 million acres of land, air, and water resources across hundreds of installations and ranges.

Although a Sentinel Landscape designation doesn’t automatically grant new protections, it creates a framework and a dedicated coordinator to help partners identify ways to promote both climate resilience and military readiness, and carry out a plan that can do much more than what could be accomplished at any one base.

One example of a project could be scaling up restoration of oyster reefs, which can help dissipate wave energy from the more frequent and higher-intensity storms spawned by a warming ocean, thus reducing erosion and damage to coastal communities and infrastructure.

As Eric Helms, environmental division director for Naval Weapons Station Earle in northern New Jersey explained in this Pew Q&A about restoration of oyster reefs constructed off that facility, “Superstorm Sandy drove home the obvious need for the Navy to adapt to storm events that are increasing in severity and frequency. Natural barriers like oyster reefs are beneficial to our mission.”

A renewed focus on climate change

Shortly after President Joe Biden took office in January 2021, he directed federal agencies to create a plan for addressing climate change in their own operations. The Defense Department’s Climate Adaptation Plan, released in September 2021, and Climate Risk Analysis, released in October 2021, recognize that climate change impacts such as stronger storms and coastal flooding can affect military security and readiness, and identify addressing these risks as a priority for national security.

And with such extensive lands and waters under its management, the military’s conservation and restoration efforts can have a major impact on the nation’s overall campaign to combat climate change.

The Sentinel Landscapes program offers tremendous opportunities to restore and conserve habitats on a greater scale than is typically possible, improving resilience to a changing climate and providing test cases for conservation techniques and projects that could be put into practice elsewhere around the country—and the world.

This article by Joseph Gordon and Zack Greenberg originally appeared on the website of The Pew Charitable Trusts. Reprinted here (with minor edits) by permission.