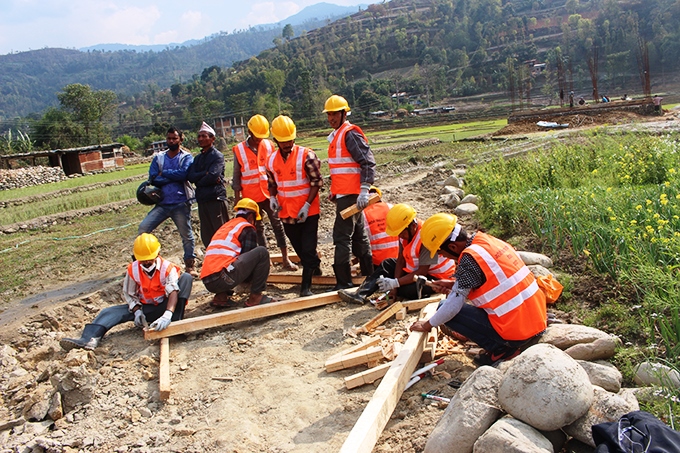 Fulmati Mijar, a mother of three living in Nuwakot district in Nepal, used to earn her living from daily wage labor along with her husband.

On April 25, 2015, their lives took a turn for the worse when a magnitude 7.8 earthquake struck Nepal, killing 8,790 people and affecting 8 million more—or nearly a third of the country’s population. 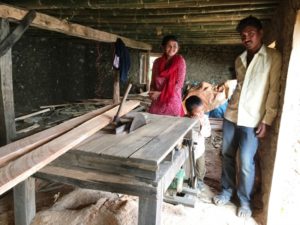 The catastrophe destroyed Fulmati’s house and made her family more vulnerable. Yet, it did not dent her resolve.

At the time of the 2015 earthquake, full recovery was estimated to cost $8.2 billion, with the housing recovery component amounting to $3.8 billion. The World Bank immediately pledged $500 million to support the emergency response. During the reconstruction phase, the most urgent—and largest—need was to rebuild nearly 750,000 houses.

More than two years since the earthquake, restoring lost or affected livelihoods has become more important.

With more than a decade’s experience in community mobilization focusing on poor households, the World Bank has already trained almost 4000 masons through 160 events in 12 districts and provided orientation on seismically-safe construction to 57,140 house owners.

So far, the government of Nepal has helped homeowners rebuild disaster-resistant dwellings to increase their long-term resilience. The $200 million Bank-funded Earthquake Housing Reconstruction Project has issued grants to rebuild houses in three districts Dhading, Dolakha, and Nuwakot and offered technical assistance to all affected districts.

The World Bank also established a multi-donor trust fund for the Nepal Rural Housing Reconstruction Program. The collaboration between the World Bank and its partners has been exemplary. For instance, while USAID provides technical assistance to approximately 30 percent of house owners of the three project districts, the Bank delivers housing grants for the same households.

The government of Nepal set up the Nepal Poverty Alleviation Fund (PAF) in 2004 as a semiautonomous agency supported by international partners to help reduce poverty and restore livelihoods.

Right after the earthquake, the government mandated the PAF to rehabilitate infrastructure and revitalize affected communities.

To date, the PAF has provided additional block grants to community organizations (COs) in the 14 affected districts to support approximately 70,000 households that lost their assets and livelihoods and to help rehabilitate some 350 damaged community infrastructures.

Working together to train rural masons.

Nearly 20,000 construction technicians received training. However, most are working in cities where they can make higher wages, or emigrating for work to countries in the Persian Gulf. This has contributed to lower-than-expected construction rates in rural areas.

Recent figures suggest that only 30 percent of enrolled beneficiaries have either started or completed rebuilding their home. Training local masons on earthquake-resistant technology is therefore urgent to spur reconstruction.

With more than a decade’s experience in community mobilization focusing on poor households, the Nepal Poverty Alleviation Fund has so far trained almost 4,000 masons through 160 events in 12 districts and provided orientation on seismically-safe construction to 57,140 house owners. 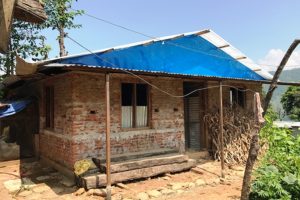 A local mason in Ramechap district, Chandra Bahadur Kami, is one of the many program beneficiaries. “I have been working as a mason for the last 20 years,” he says, “but had never got an opportunity to polish and apprise my skills. With this training, I have understood what mistakes I have been doing. The techniques sharpened my hands as a mason capable to build earthquake resistant houses.”

the Government of Nepal has received an additional requested the WB for additional financing worth USD $300 million to cover housing grants for approximately 95,000 households.

After a major disaster, reconstruction typically takes at least 5 years—as in Pakistan; in India’s Gujarat state, it took almost 10 years. In Japan, a highly-developed country, reconstruction from the 2011 tsunami is still ongoing.

Despite Nepal’s recent political and economic challenges—including an economic blockade and four changes in government—reconstruction is not far behind schedule. And with the close collaboration between two programs— the Earthquake Housing Reconstruction Project and the Poverty Alleviation Fund Project– the effectiveness and impact of the reconstruction effort is maximized to help the affected communities rebuild their houses, diversify their livelihoods, and build more resilient communities.

Encouraged by the progress made so far, the World Bank approved last December $300 million in additional finance for the Earthquake Housing Reconstruction Project. The additional credit will finance hazard-resistant reconstruction of an additional 96,000 houses.

The Nepal Housing Reconstruction Program is also supported in part through the Global Facility for Disaster Reduction and Recovery (GFDRR),

All photos courtesy of the World Bank.