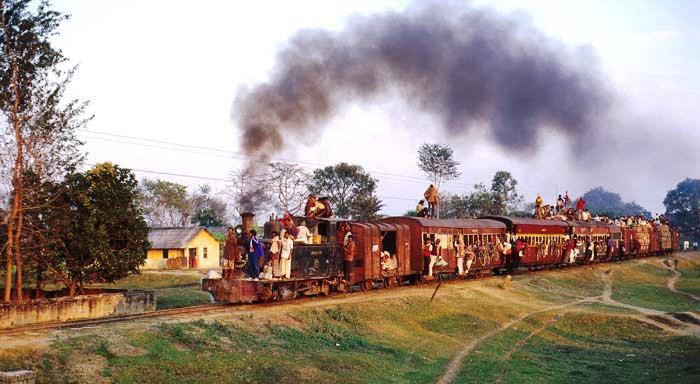 The Nepal Railways Corporation Ltd. (NRC) is owned by the government of Nepal. It maintains and operates two railway lines: the Raxaul-Sirsiya line, which is a 6 kilometer line from Raxaul, India to the Sirsiya Inland Container Depot near Birganj, Nepal. 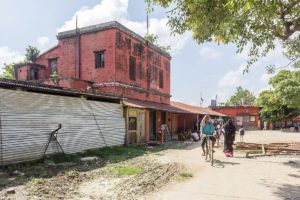 The historic Jainagar-Janakpur line was once a major border crossing for citizens on both sides. The British built the 20-mile track in 1937 to carry timber stripped from the once heavily forested areas of Janakpur to Jainagar. But as the trees ran out==devastating the area’s economy and beauty–the train’s main cargo became people.

Tourists and pilgrims boarded the train in India to get to the historic temples of Janakpur, considered the birthplace of the Hindu god Sita. And costing just a few rupees, Nepalese villagers needed it to find work in India and beyond, or to smuggle goods back to their hometowns to sell.

Until it shut down in 2014, men, women, and even children would fill the carriages daily, and when room ran out, they’d sit on the roof or hang from the sides.

These days the villagers in Janakpur who can afford it have to travel by bus—which can cost three times more—to cross the border while their station sits abandoned. 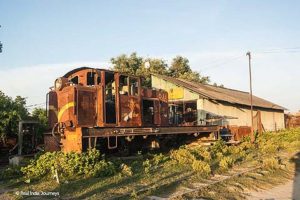 The line was shut down in 2014 to allow Nepal Railway Corporation, with financial assistance from Indian Railways, to do a badly-needed $10 million renovation of the colonial-era line.

Unfortunately for local residents, the renovation has been plagued by delays and accusations of corruption, such as contractors who divert construction materials to their own private projects.

But the two rail companies say the work is 80% done, with new tracks having been laid that extend the line 43 miles to the north. Fourteen new stations were built along that route, which should go a long way towards revitalizing the region and its communities once the line is once again functioning (currently projected for March of 2018).