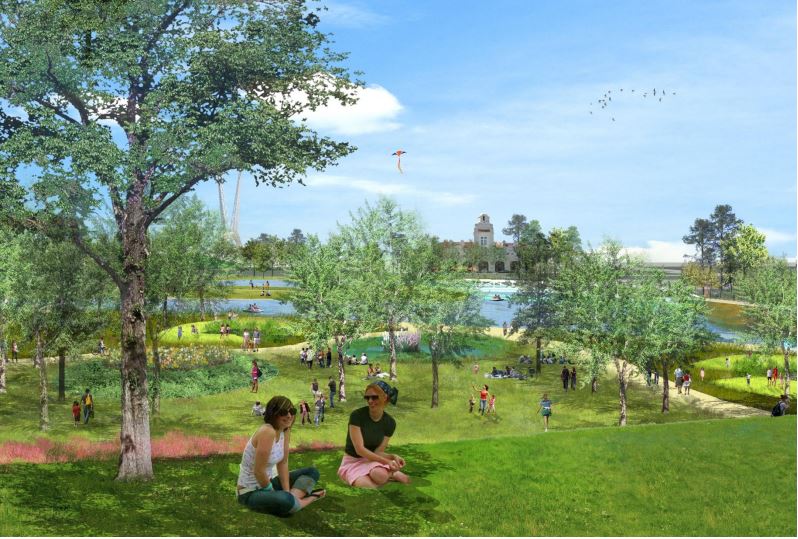 MAPS 3 is a $777 million public works and redevelopment project in Oklahoma City, Oklahoma that uses a one-cent, limited-term sales tax to pay for debt-free projects that improve the city’s quality of life. 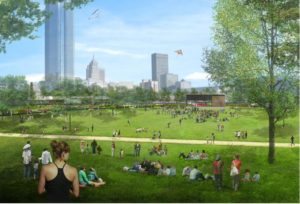 The City Council oversees MAPS 3 with the help of a Citizens Advisory Board composed of members the Mayor appoints and the Council confirms. The construction phase of MAPS 3 is well under way, with the final project expected to be finished in 2021. One of those projects is a huge new 70-acre public park, costing some $132 million.

The MAPS 3 park will encompass nearly 70 acres above and below Skydance bridge, connecting downtown and the Oklahoma River. The MAPS 3 Park is a 70-acre park from the core of downtown Oklahoma City to the shore of the Oklahoma River. Design plans call for everything from a cafe and sports facilities to a tranquil lake and nature walks. 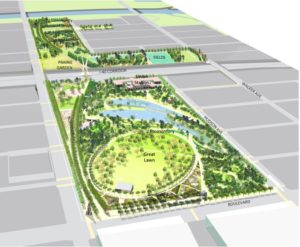 The Skydance Bridge will connect the north section of the park to the south section. Local citizens are being asked for suggestions on naming the park.

Mary Margaret Jones, a landscape architect and the president/senior principal of Hargreaves Associates, says that parks on the scale of this new MAPS 3 park become more than just capital projects. They tend to be “socially, economically, culturally transformative,” she asserts. “So they become catalysts for change,” where a dollar invested by the public can drive four dollars in adjacent private development. 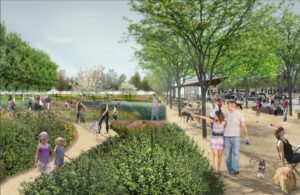 Hargreaves Associates (based in New York City and San Francisco) is designing the park, and is overseeing construction. Groundbreaking for the 38-acre upper portion of the park is set for June of 2017.

At more than $130 million, the park is among the three biggest MAPS 3 projects. It abuts a new convention center complex, with a high-rise hotel and parking. The MAPS 3 streetcar will stop near the cafe at the park’s north end.

MAP3 projects all have a basic theme of enhancing the city’s quality of life, and include: 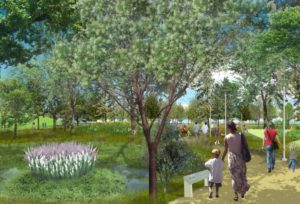 Recognizing that the city’s economy may fluctuate during the time of the sales tax collection, and that there may be unforeseen project contingencies, the program also has a significant Infrastructure/Contingency component.

Included is a $47 million contingency, originally intended to be used to relocate a power station near the original convention center site next to the ‘Core to Shore’ neighborhood and the new ‘Oklahoma Boulevard’ to replace the old Crosstown Expressway space. However, since a new site was selected by the Maps III Convention Center committee that is closer to the central business district, the funds will remain in contingency to be used as needed for any of the main projects.

All images courtesy of Hargreaves Associates.

See full article by William Crum in The Oklahoman.