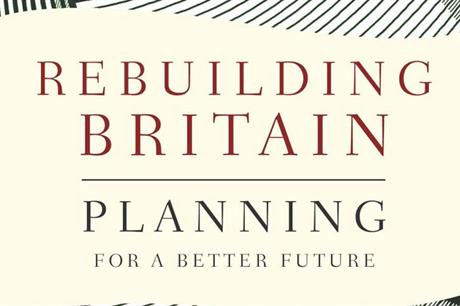 In this review of Rebuilding Britain: Planning for a Better Future, the new book from Policy Press by By Hugh Ellis and Kate Henderson, calls it “a manifesto; a challenge to the planning profession to rediscover afresh the social values which helped create planning in the first place.” It goes on to say:

“What is particularly fascinating about Ellis and Henderson’s book was their account of planning’s history in the UK, particularly the way in which they aligned it with the heritage of utopian thinking, stretching back to Thomas Moore’s Utopia. They argue thinkers such as Morris, Owen, Unwin and Parker believed planning was about creating the space for people to ‘re-imagine the future’ and society. They suggest that the failure to re-imagine is part of a wider political issue in the UK signifying the loss of utopian thinking which they argue was once part of mainstream politics. Perhaps the success of the SNP at the general election is testament to the power that re-imagining futures can wield. Ellis and Henderson call for the legal framework underpinning planning to be re-written to include a clear definition of planning’s purpose.

This is an important book which seeks to recapture, re-imagine and re-instate the social objectives and utopian thinking which are so badly needed in planning.”