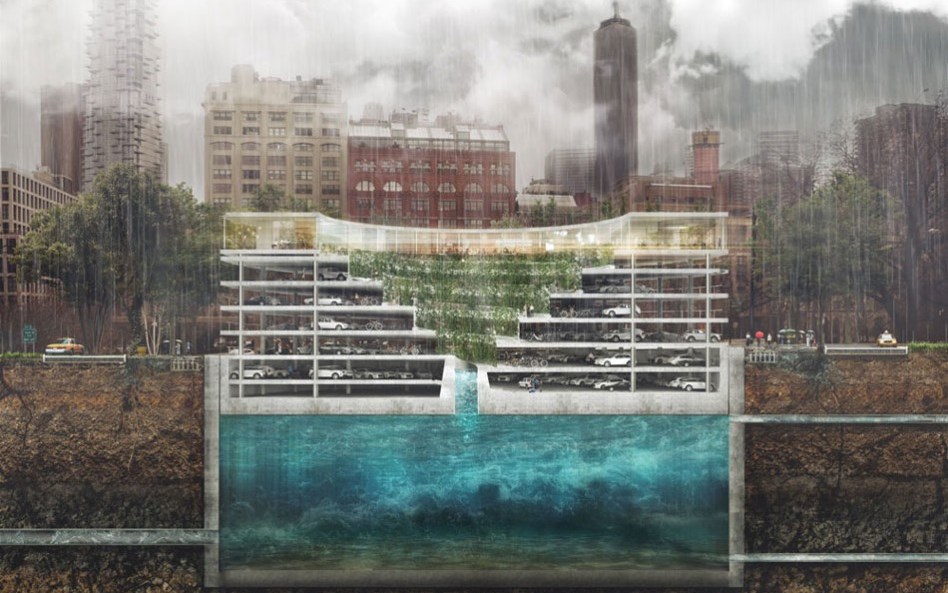 What do you get when you create a giant water reservoir, a parking garage, and urban greenspace?

You get a structure that’s specifically designed to make flood-prone cities more resilient. In these days of rapidly-accelerating climate change and subsequent sea level rise, that’s no small thing. 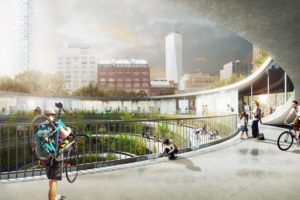 How do we restrict the amount of parking on streets and squares? How do we secure our cities against the growing numbers of cloudbursts? How do we make room for more urban spaces? And how do we finance climate adaptation?

Most major cities are currently struggling with finding answers to these questions. THIRD NATURE has now suggested a combined answer to all of them. A climate adaptation solution where they tackle apparently unrelated challenges in one concept. 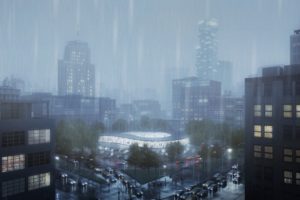 By stacking water reservoir, parking facility and urban space, the project POP-UP solves three challenges at once. As heavy rain falls, stormwater fills the underground reservoir and the parking structure will pop up in the cityscape, highlighting the adaptation to the forces of nature.

By 2050, the Earth’s population is expected to grow to over 9 billion people. The migration to cities is on the rise and urban spaces are under preassure from the growing numbers of cars and traffic in the streets. With the quest for green, livable and human-scale cities cars and car parking have become an increasing challenge fighting for m2 in the dense cities – often at the price of urban areas and parks.

At the same time, climate changes require cities to handle huge amounts of stormwater generated by more and more powerful cloudbursts. They often do this by building large water reservoirs under roads and squares. The situation calls for a rethinking of the way we establish parking, storage of stormwater and new urban paces. 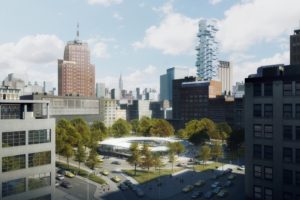 “Cities are in extreme situations where billions need to be spent on climate mitigation solutions and the equivalent amount on handling densification of the cities, especially the conflict between cars and urban spaces, so for us it is natural to think of the solutions together. It is a serious game with the infrastructural systems that provide real viability and completely new types of experiences back to the city’s users“ says Flemming Rafn Thomsen, a partner at THIRD NATURE.

The POP-UP project has been developed in cooperation with the engineering companies COWI and RAMBØLL, which contributed to the project with structural models and financial calculations.