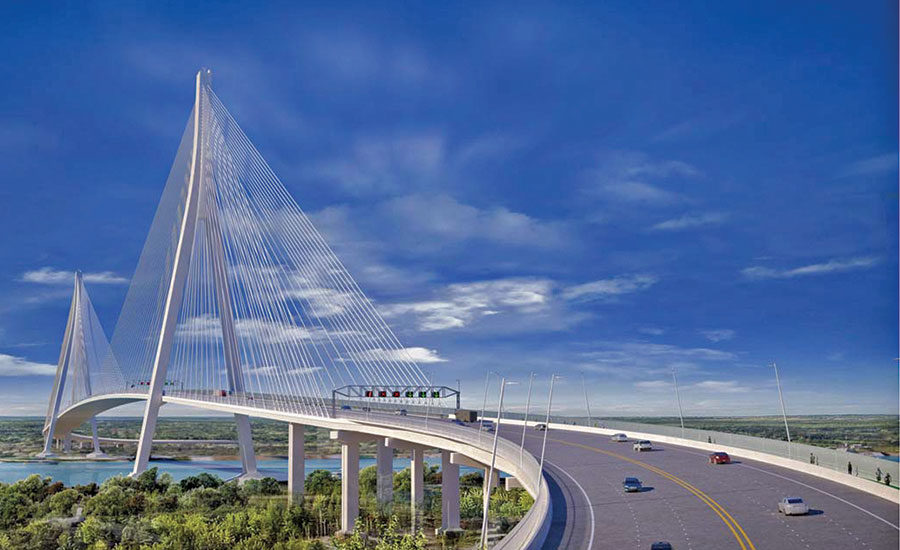 Those familiar with the regional economy of the Detroit, Michigan area probably know how a local billionaire has long blocked the creation of a badly-needed new bridge between Detroit and Windsor, Ontario, Canada, which would help revitalize economies on both sides of the border.

His resistance stemmed from his ownership of the decrepit, under-sized existing bridge, and he didn’t want any competition. His influence over local, state and even federal politicians was such that funding for the new bridge was blocked on the U.S. side, so the frustrated Canadians decided to fund and build it themselves.

The good news is that the bridge is now being built. The better news is that the Canadians are doing it right. New bridges typically encourage sprawl, and often destroy existing neighborhoods. This one does the opposite, in true restoration economy fashion.

“We are proud to share the prestigious Envision Platinum Award. Through a collaborative process with WDBA, our staff developed key performance indicators with sustainability objectives that led to increased levels of achievement across the Envision rating system. It is an honour to be recognized with the highest possible distinction for our commitment to the environment and sustainable infrastructure,” says Michael Hatchell, CEO of Bridging North America.

This certification is the highest possible distinction from the Institute for Sustainable Infrastructure (ISI) which recognizes efforts to achieve sustainable development and environmental performance standards at every stage of an infrastructure project, from design to construction and implementation.

“This project is a symbol of international cooperation between two great countries. It provides proof that when we work together collaboratively and learn from each other, we can achieve outcomes that benefit people, the planet, and improve economic prosperity. The degree to which sustainability has been baked into the design and decision-making processes of this project is impressive. The team deserves to be commended for leadership in sustainability,” said Melissa Peneycad, Managing Director of the Institute for Sustainable Infrastructure.

Key sustainability features of the Gordie Howe International Bridge project noted in the peer review include:

“The Envision Platinum Award is an outstanding achievement and I would like to congratulate the teams involved for their commitment to meet the highest environmental standards for sustainable infrastructure. The Gordie Howe International Bridge project will not only address regional transportation needs to help grow the economies in Canada and the US, it has been designed to contribute to a cleaner environment, protect the communities of Windsor and Detroit from the impacts of climate change and conserve resources for future generations,” said Bryce Phillips, CEO of the Windsor-Detroit Bridge Authority.