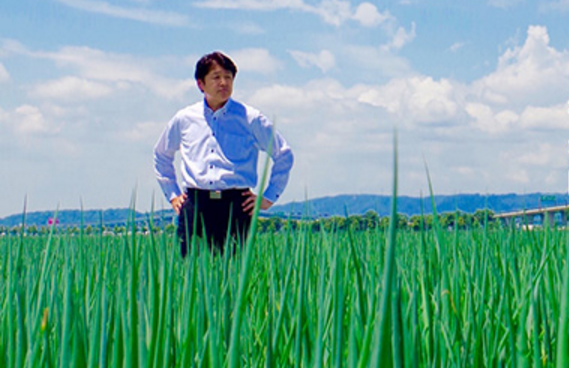 Susumu Tanaka of Salad Bowl Group gave up a lucrative career in finance to venture into agriculture. “We could have gone bankrupt at any time,” he said about his company’s rough start.

Tanaka used to work in finance. In 2004, while still in his early 30s, he gave up his career — and the 70 million yen ($615,000) salary that went along with it — to embark on a new kind of challenge. His company, Salad Bowl Group, is now one of the innovative new players in Japanese agriculture.

During Japan’s boom years, from the mid-1950s to the early ’70s, much of the population migrated from farmlands to cities. The country’s industrial structure shifted, too, first from agriculture to manufacturing, then to services.

This dizzying growth came to an end with the bursting of the economic bubble. The story today is one of slow growth and a rapid aging of the population. It is against this backdrop that professionals-turned-entrepreneurs like Tanaka are venturing into what was once seen as a declining industry.

Salad Bowl Group operates “tomato houses” in the cities of Kasai in Hyogo Prefecture and Hokuto in Yamanashi Prefecture.

While Tanaka’s approach borrows something from the “DNA” of Japanese manufacturers, green-onion farmer Toshiyuki Yamada took inspiration from the way trading houses do business.

With Japan’s farming population dwindling rapidly, good farmland is being abandoned. This crisis, however, is a golden opportunity for entrepreneurs looking to sow the seeds of new businesses.