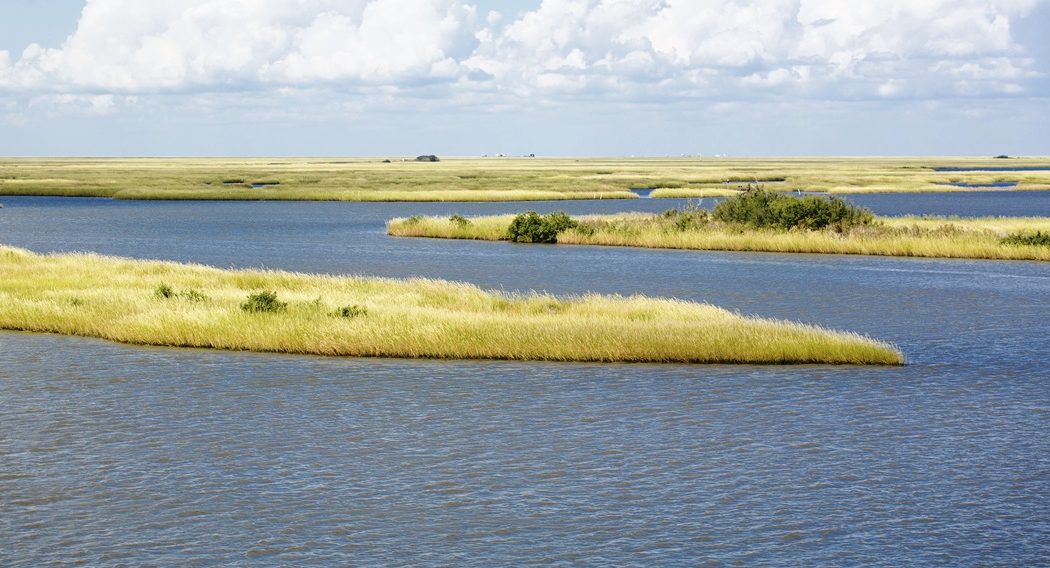 Evidence that coastal restoration can be effective and sustainable has been provided in a study of Louisiana‘s efforts in the Isle Dernieres chain of barrier islands, reports Coastal Protection and Restoration Authority Board (CPRA) Coastal Scientist Darren Lee.

“We reviewed the islands we restored and have monitored over the last 20-plus years, but we did not find the land loss we expected,” Lee said. “Instead we found that we basically have as much land in the restored Isle Dernieres island chain as we had in the late 1990s. And that is despite the fact that the last 20 years have been a period with more tropical storms and hurricanes than usual.”

As a result of this heartening progress, it was no surprise when—on March 20, 2019—the CPRA unanimously adopted a $748 million spending plan for coastal projects and programs in the coming fiscal year starting on July 1 and running through June 2020. The Louisiana Legislature will be asked to approve the expenditure of anticipated funds outlined in the CPRA’s Fiscal Year 2020 Annual Plan for Integrated Ecosystem Restoration & Hurricane Protection in Coastal Louisiana.

This year’s plan outlines 108 active projects, with 58 in construction, and more headed in that direction after planning, engineering and design. CPRA Executive Director Bren Haase said the number of projects expected to go into construction is an increase over the draft report issued in January. He cited project refinements and continued analysis as reasons for the projected increase.

“Our investment in planning, engineering and design is resulting in more construction,” said Haase. “That is quite evident in this year’s plan with 65 percent of anticipated funds going to construction, which is projected to increase to 75 and 81 percent for construction in the following two fiscal years.”

Board Chairman Chip Kline pointed out that CPRA has been building nonstop since it began implementing projects in 2007. “If the Coastal Master Plan is the vision, the Annual Plan is where that vision becomes reality,” Kline said. “And that reality has been evident since 2007. It is evident in the 152 million cubic yards of fill we’ve dredged and used to restore or benefit more than 46,000 acres of land, 60 miles of barrier islands and berms, and 315 miles of improved levees. This FY 2020 Annual Plan attests to the fact that we are not backing off.”

State Senator Norby Chabert commended the CPRA staff for making the extremely complex Annual Plan understandable to the average person. “This is without question the best put-together presentation for an annual plan that I’ve ever seen,” Chabert said.

In related restoration news, Mid Barataria Sediment Diversion Project Manager Brad Barth has revealed the latest refinements in design concepts for the structure that will be located on the west bank of the Mississippi River in Plaquemines Parish, just north of Ironton and south of the Alliance Refinery. It will capture sediment that normally would have run into the Gulf of Mexico, and direct it into eroded areas that need it for rebuilding. Of course, this is only necessary because the Mississippi River is so over-engineered that normal sediment deposition no longer happens naturally.

The graphics presented by Barth include conceptions of the head works in the river bed where sediment will be captured, and the gates that will be closed when conditions are not optimal for sediment transport and land building. Also depicted were transitional walls, guide levees, channel armoring, and bridge concepts for the railroad and Highway 23.

“Our schedule for field collection of data this year includes site specific in-river sampling as well as soil borings, point bar dewatering tests, and foundation soils consolidation tests,” Barth explains. “We are progressing towards our late summer delivery of the 30 percent Engineering and Design, as the 408 reviews are ongoing.”

Board Chairman Kline explained that means a delay in the previously-anticipated timeline, but it is well worth it. “Everyone feels the urgency of moving forward with all deliberate speed, but getting it right is more important than doing it fast,” said Kline. “I assure you that we are steadfast in our commitment to doing the right thing the right way.”