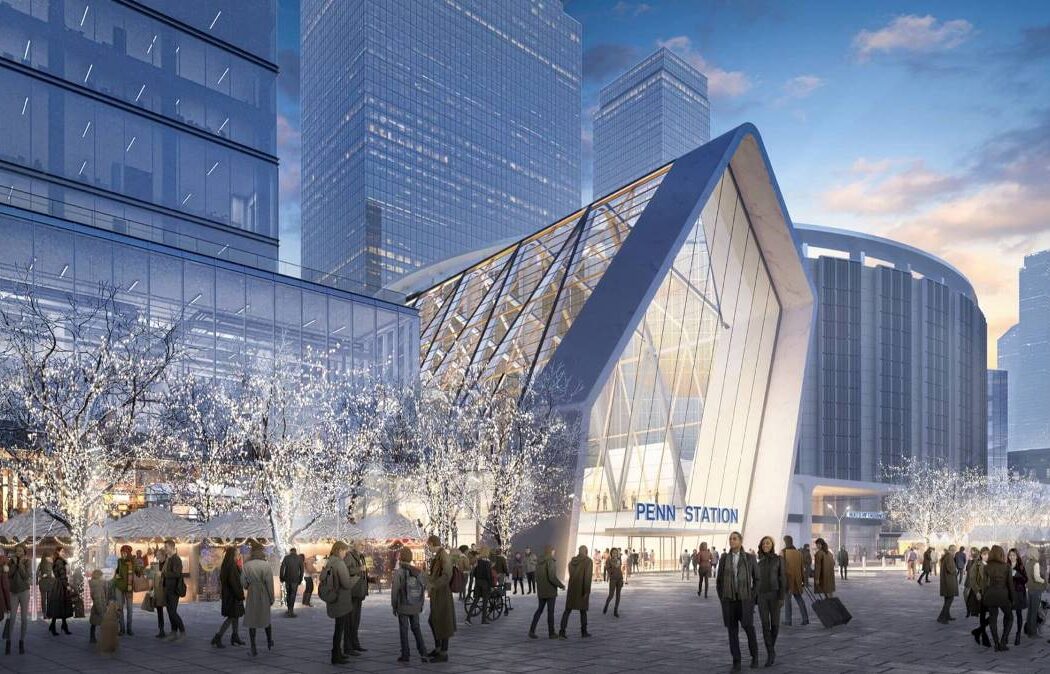 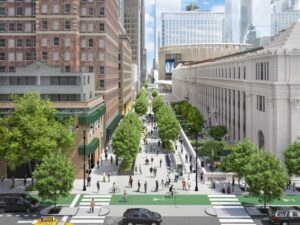 With a strong focus on better connectivity and flows, it also uses the proven 3Re Strategy (repurpose, renew, reconnect) for revitalization, as documented in the 2020 book RECONOMICS: The Path To Resilient Prosperity

The plan prioritizes the reconstruction of the existing station while the station expansion and the Gateway Project initiatives, both of which the Governor strongly supports, continue on their federally-established timelines. Governor Hochul’s new plan thus allows the expedited reconstruction of the existing Penn Station, 60% of whose users are subway and LIRR riders.

Sounds good as far as the station itself is concerned, but many are concerned that the planners are taking a heavy-handed, tabula rasa approach to the surrounding buildings, businesses and neighborhood (as planners traditionally do).

Brad Vogel, who heads the Preservation Committee of the City Club of New York says “This plan takes a sledgehammer to our city when a scalpel could be used instead. Instead of strategic transit-related fixes to Penn Station to facilitate through-running we’re witnessing a massive land grab using the notion of a transportation complex as smoke screen. We can do better. Mass demolition of landmark buildings, obscene waste of embodied energy, and displacement of hundreds of residents and small businesses is not the way to the future in New York City.” 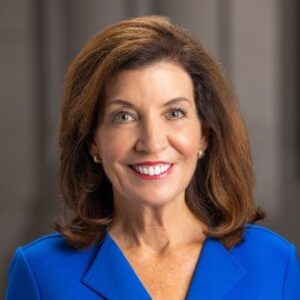 The new neighborhood plan comes after several months of collaboration and more than 100 meetings with community stakeholders, government agencies, and elected officials to improve on past plans and establish a new way forward. The plan announced today will also be subject to further public review and today’s announcement is part of a larger public process that remains ongoing.

“I’m reimagining the New York City commuter experience. New Yorkers do not deserve what they have been subjected to for decades at Penn Station,” Governor Hochul said.

“The era of neglecting our Penn Station commuters and the neighboring community is over. New York leaders are expected to offer visionary ideas and take bold actions, and that’s exactly what my proposed transformation of Penn Station accomplishes. This plan puts New Yorkers first, delivering the rider-focused transit experience and great neighborhood they deserve. Investing in Penn Station means investing in New York’s future as we recover from COVID and build a more sustainable, livable city,” she added. 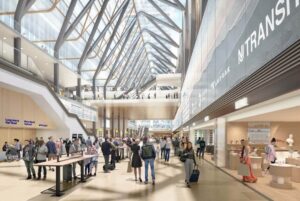 The relocation of Amtrak’s operations to the new Moynihan Train Hall provides the opportunity to overhaul Penn Station, eliminating the bulk of the first subterranean level to open up the main concourse to natural light, improving retail and other user amenities, increasing safety and security, significantly expanding passenger circulation areas, expanding entrances and exits, and making it easier for passengers to navigate within the station as well as connect to their destinations beyond. 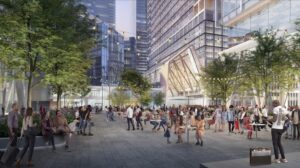 The reconstruction of the station is expected to cost between six and seven billion dollars, and will take place between four and five years after the commencement of construction.

In terms of the surrounding development, which will help fund the project, Governor Hochul’s new proposal still achieves the necessary revenues while notably scaling down the previous plan, and significantly expanding community and public realm benefits.

The CACWG will continue to inform the plan through its build-out, and the Governor is directing the MTA to actively engage community stakeholders, transit, sustainability, and planning experts, as well as users of Penn Station from across the region, in the process of finalizing the project.

Reimagining the station is part of the Governor’s commitment to ensuring equitable transit access and achieving economic development. This will be particularly beneficial for users of the forthcoming Metro-North stations in the East Bronx (Co-op City, Morris Park, Parkchester, and Hunts Point), for whom travel times to and from Midtown will be reduced by up to 50 minutes as a result of Penn Access.

Key features of the new proposal include:

Local public and private leaders lined up to praise the initiative:

All images courtesy of the office of Governor Hochul.