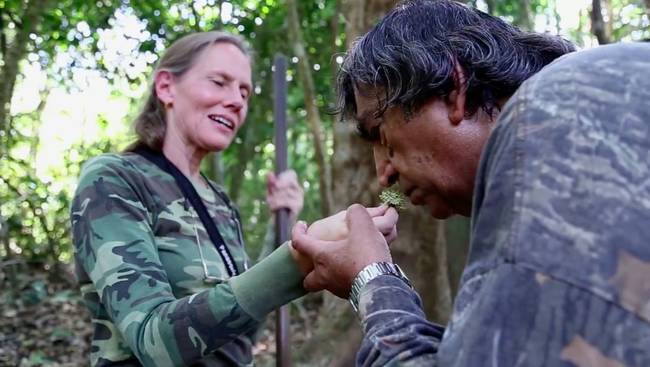 While usually, the beauty of a location will inspire visitors to reside in a country, in the case of Anil and Pamela Malhotra, it was the opposite. The couple, who was visiting India from their home in New Jersey, USA for the funeral of Anil’s father, was actually distraught by the terrible state of nature they found in the city of Haridwar and were determined to make a positive difference.

“There was so much deforestation, the timber lobby was in charge, and the river was polluted. And no one seemed to care. That was when we decided to do something to reclaim the forests in India,” Anil tells the India Times.

Pamela and Anil have spent the last 25 years buying denuded and abandoned agricultural land in Karnataka’s Kodagu district and reforesting it, to return the land to a bio-diverse rainforest for elephants, tigers, leopards, deer, snakes, birds and hundreds of other creatures. Instead of searching feverishly for high-quality land, in 1991, the couple was able to locate a 55-acre plot that a farmer was selling because he could no longer successfully grow on it.

In the last 25 years, this one purchase has set off a chain of others, and now the couple has acquired 300 acres worth of barren land in Brahmagiri, a mountain range in the Western Ghats, and have spent their days reforesting it. The land houses Malhotras’ Save Animals Initiative (SAI) Sanctuary, which is believed to likely be the only private wildlife sanctuary in the country with more than 300 kinds of birds, as well as rare and threatened animal species

“Once we bought the land, we allowed the forest to regenerate. We planted native species where necessary and allowed nature to take care of the rest,” says Anil.