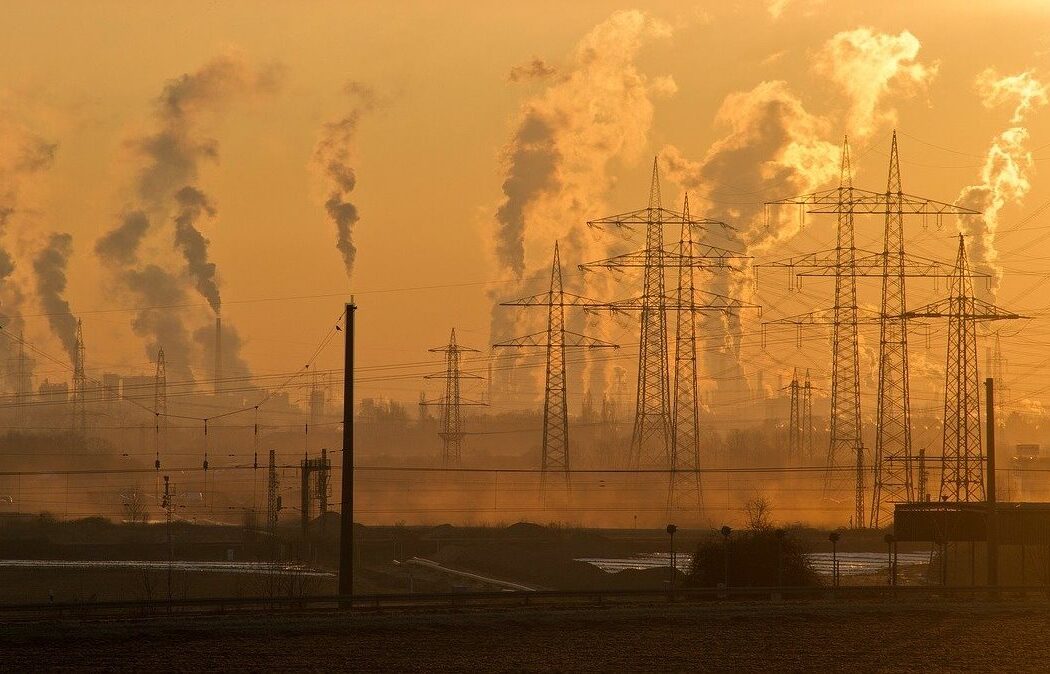 As documented in my new (2020) book, RECONOMICS: The Path To Resilient Prosperity, a universal goal of any effective revitalization effort is to increase confidence in the local future.

Doing so both attracts and retains residents, employers and investors. An environment that stinks and reduces one’s life expectancy is unlikely to generate prosperity for anyone other than the Wall Street investors that own the factory: certainly not resilient prosperity for the community.

So, it was news of a historic nature when on September 18, 2020—fulfilling an earlier commitment to enact sweeping protections for New Jersey‘s environmental justice communities—Governor Phil Murphy signed legislation (S232). 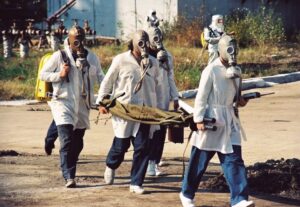 Photo of chemical disaster exercise is by Eugen Visan from Pixabay.

“For decades, residents living in overburdened communities have had their lives routinely and inconveniently interrupted by the toxic facilities located in their neighborhoods,” said Senator Troy Singleton.

“Their daily routines have been intertwined with the unpleasant smells of industry, unsightly smoke from pollution, and untimely visits to the emergency room for asthma and other respiratory ailments. Now, after years of having no say, these communities will finally have a voice in the siting of these industries. After years of waiting for action, this long overdue law will bring them the environmental justice that they deserve,” he explained.

“For decades, our poor and minority residents were more exposed to pollution in urban areas. This has caused significant, multi-generational and chronic health problems among these communities that just don’t exist in wealthier, less polluted communities,” said Senate Majority Leader Loretta Weinberg. “To address the problem of over-pollution in poor, urban communities, the important first step is to figure out which communities, exactly, have been the most impacted. I’ve been privileged to be in this battle for environmental justice for a long time and this is a great step forward.”

Throughout America, low-income racial minority neighborhoods and communities have long been used to site odor-and-pollutant-emitting facilities such as factories, incinerators, landfills and sewage treatment plants.

“Families living in urban neighborhoods have for too long disproportionately faced the negative effects of pollution, scores of children in these communities being diagnosed with asthma and put at greater risk of experiencing chronic health issues throughout their lifetimes,” stated Assemblywoman Valerie Vainieri Huttle. “With this new law, we are making sure that the voices of these communities, who stand to be impacted the most, are centralized in the permitting process.” 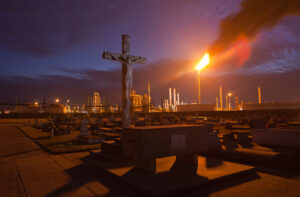 Houston‘s notorious “Cancer Alley” is a prime example, where Mexican-American and African-American communities breath the emissions of oil refineries and plastics manufacturers 24/7. Such “Cancer Alleys” are fairly common: the corridor between New Orleans and Baton Rouge, Louisiana is one of the largest.

Any attempt to revitalize such communities must start with resolving these environmental justice issues.  The relationship of cleaning the air and revitalizing the economy was maybe best illustrated in Chattanooga, Tennessee, back in the 70s and 80s.

The entire community—not just the poor folks—was blanketed in factory smoke to the point where people had to turn on their headlights to drive in the city during daylight hours.

“S232 gives us hope. Hope that our pleas for the right to breathe will be heard next time we face off with polluters who have been targeting Black and brown neighborhoods for decades,” said Maria Lopez-Nuñez, Deputy Director of Organizing and Advocacy at the Ironbound Community Corporation. “We can’t end environmental racism with one bill but we’ve now taken this historical first step. Newark has a fighting chance to breathe easier thanks to this law.”

Chattanooga in the early 70s was an economically-devitalizing place riddled with racial strife, high crime and population loss. As documented in my 2008 book, Rewealth (McGraw-Hill), it was the process of organizing their community to clean their air—motivated by the U.S. Environmental Protection Agency—that led to the “Chattanooga Miracle.” People of all colors and income levels learned they could work together for the common good. As a result, people of all nations have travelled to Chattanooga to witness the miracle first-hand. When I (Storm Cunningham) was last there, a delegation of government leaders from Vietnam was getting the tour. 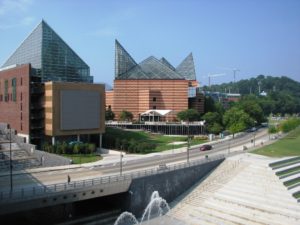 Chattanooga’s famed aquarium sits on a remediated brownfield on their revitalized waterfront. Photo by Storm Cunningham.

The city became the first documented case where a complete strategic renewal process was created, which quickly led to Chattanooga’s going from “the filthiest city in America” (as Walter Cronkite called it on national TV) to a poster child of revitalization. Chattanooga’s rebirth was triggered by national legislation (the Clean Air Act). Hopefully, the rebirth of low-income minority communities across America will begin as other states follow New Jersey’s visionary example.

“For far too long certain parts of New Jersey have been congested with facilities that contribute to the environmental impact of our communities,” said Senator Teresa Ruiz. “Incinerators, landfills and power plants have created increased noise and poor air quality in some of our most vulnerable neighborhoods. These facilities can contribute pollutants that are not only harmful to the environment but also can lead to long term health issues, such as asthma. I’m proud to have worked with my colleagues, advocates and the administration to create policy that will frame environmental justice for future generations.”

This legislation is especially significant due to its timing, coming during the current pro-pollution Trump administration, which has been working hard to dismantle decades of environmental progress at the behest of their billionaire campaign contributors.

“The concentration of energy, water and waste management infrastructure near urban cities has been a longstanding issue; one that has left neighboring communities disproportionately impacted and exposed to pollutants to an unimaginable detriment,” said Assemblyman John McKeon. “An overhaul of the way infrastructure gets approved and built, and systemic reform that puts people and communities directly at the heart of decision-making is what New Jersey needs. This new law is a productive step in the right direction for New Jersey.”

“To better invest in our underserved communities, it is beyond critical we address the environmental injustices they have been saddled with for decades,” said Assemblywoman Britnee Timberlake. “We cannot allow a legacy where your health is dependent on your zip code to persist.”

“Today we are sending a clear message that we will longer allow Black and Brown communities in our state to be dumping grounds, where access to clean air and clean water are overlooked,” said Governor Murphy. “This action is a historic step to ensure that true community input and collaboration will factor into decisions that have a cumulative impact for years to come. I’m incredibly proud that New Jersey is now home to the strongest environmental justice law in the nation.”

“With this bill that Governor Murphy signed today, we will begin to lift a costly and burdensome weight off the parts of our State that have been dealing with the negative impacts of environmental pollution the most,” said Lt. Governor Sheila Oliver, who serves as Commissioner of the Department of Community Affairs. “By being more judicious in the application of our environmental permitting laws, we can create more broadly shared prosperity in New Jersey. Because every New Jerseyan deserves a healthier, cleaner and more financially stable place to live, no matter their zip code.”

The bill requires the Department of Environmental Protection to evaluate the environmental and public health impacts of the following facilities on overburdened communities when reviewing the following permit applications:

State, local and non-profit leaders joined together in praising this landmark legislation:

“It is long past time that our environmental protections actually protect all of our citizens, especially those communities who have been historically burdened by pollution and environmental injustice,” said U.S. Senator Cory Booker.

“By evaluating the cumulative environmental impacts on communities when it comes to the permitting of certain facilities, we will make better, more thoughtful and inclusive decisions. I could not be more proud that New Jersey is now leading the way on an initiative I’ve been working on in the Senate, and I applaud Senator Singleton, Assemblyman McKeon, Governor Murphy, and New Jersey’s EJ advocates for their efforts to protect our most vulnerable communities,” he continued.

“As a statewide and regional hub of industry, commerce, innovation and energy, the impact of the legacy of environmental contamination is real and present in New Jersey. This historic legislation is a model to show the rest of the Country how to ensure that communities are protected and how by utilizing both activism and leadership simultaneously, you can truly change the status quo,” said Mayor Baraka. “I applaud the leadership of our State policymakers for making this law come to fruition, and we give our thanks to Governor Murphy for making environmental justice central to his administration.”

“This new law gives the state the power to ‘just say no more’ pollution in my neighborhood. My children can look forward to breathing cleaner air as they recreate in Weequahic Park. Thanks to Senator Singleton, Assemblyman McKeon and Governor Murphy, New Jersey now has the strongest environmental justice law in the nation and demonstrates that Black Lives Matter,” said Kim Gaddy, Newark resident and Environmental Justice Organizer, Clean Water Action.

“Environmental justice communities like mine have suffered far too long. After more than 10 years of fighting for this legislation, our voices have finally been heard. Our communities will receive the right environmental protection for our complexion,” she concluded.

Featured photo of industrial pollution is by Ralf Vetterle from Pixabay.