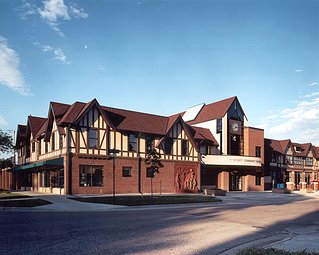 Plans to revitalize the neighborhoods south of downtown in Lincoln, Nebraska were unveiled on September 28, 2016.

Unlike many (maybe most) such plans, this one won’t just sit on a shelf, officials said. At a community meeting, they announcing the formation of an organization to put the efforts into action.

Expanding the F Street Community Center, developing a housing and parking strategy and improving the link between the 11th Street corridor and the University of Nebraska-Lincoln were among the ideas in the plan.

But before all that, the plans need a group working full-time to lead the charge, says planning consultant John Hoal of H3 Studios.

Tom Smith of the investment firm Smith Hayes announced the inception of an organization called the South of Downtown Community Development Organization.

“We’re here to implement this plan,” Smith told a crowd of about 100 renters, property owners and community officials.

See full article by Riley Johnson in the Lincoln Journal-Star.