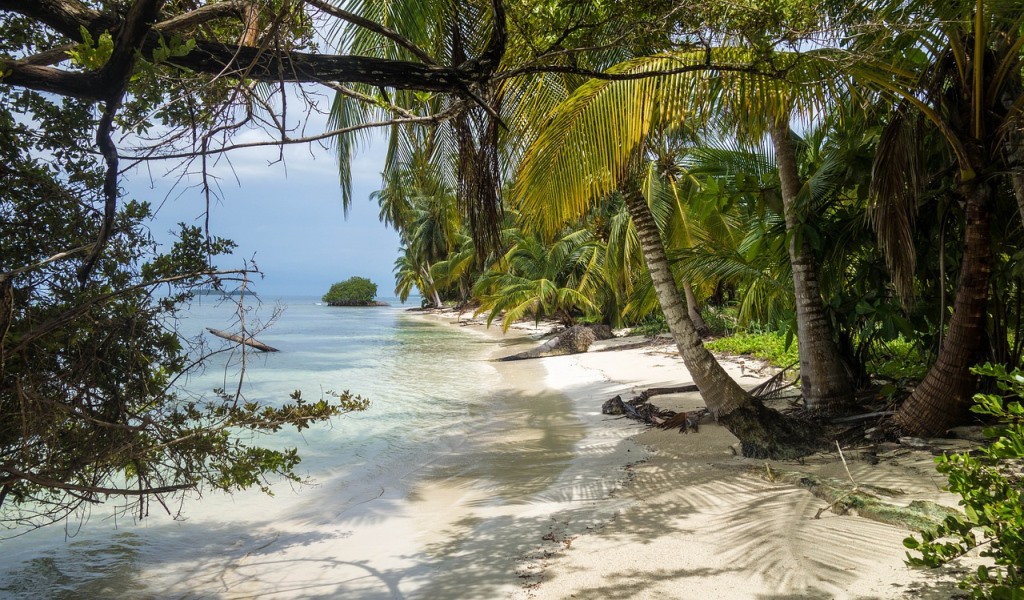 Island communities around the world suffer some of the worst effects of biodiversity loss and climate change.

To help address the challenge, Island Conservation, Re:wild, Scripps Institution of Oceanography at the University of California San Diego, the Government of Panama, and the Government of Palau are working together to identify the critical restoration and conservation efforts that would strategically benefit both islands and their interconnected ocean ecosystems.

Now, on April 14, 2022, these partners together launched the 2030 Island-Ocean Connection Challenge at the Our Ocean Conference in Palau.

The challenge calls on NGOs, governments, philanthropists and foundations to support the ambitious but achievable goal of restoring at least 40 globally significant island ecosystems from ridge-to-reef by 2030 to benefit biodiversity, climate, and communities. To date, the founding partners and their supporters have secured USD $50 million of the USD $160 million needed to achieve this vision.

By focusing on the links between land and sea ecosystems, the Island-Ocean Connection Challenge will maximize the co-benefits of island conservation for their surrounding marine ecosystems, including coral reefs, seagrass meadows, mangroves, and others.

It will also help the livelihoods of island communities and ensure that they are more resilient to climate change.

In addition, by restoring 40 globally significant island ecosystems, the challenge aims to protect an estimated 600 populations of 250 threatened wildlife species.

“The Island-Ocean Connection Challenge is a direct response to the triple threats of the climate change, ocean health, and extinction crises—all of which disproportionately impact island ecosystems and island people,” said Penny Becker, vice president for conservation at Island Conservation.

Growing scientific evidence demonstrates that many pristine or restored terrestrial island systems can result in dramatic benefits to surrounding marine ecosystems and species.

For example, many native wildlife species living at the land-sea interface are ‘champion species’—critical architects and engineers of healthy ecosystems.

Seabirds are one of the best examples of a champion species, as they bring important nutrients from the sea to islands, fertilizing native plants. Nutrients from seabirds and plants then flow into the ocean and nourish the marine ecosystem, bolstering fish populations and coral reef growth and resiliency.

“With Panama leading the way by hosting the next Our Ocean Conference in 2023, we are energized by the launch of the Island-Ocean Connection Challenge and ready to start taking action immediately as a founding partner,” said Milciades Concepcion, the minister of environment of Panama.

Wildlife that lives on islands is particularly susceptible to non-native introduced species, especially predators, that can spread quickly and cause the extinction of native species that have not evolved any defenses.

Although islands represent only 5% of terrestrial land area, since 1500, 75% of amphibian, reptile, bird, and mammal extinctions have been on islands and nearly 40% of globally threatened vertebrates are island species.

“We are launching a new era of island restorations and rewilding focused on scaling and deploying collaborative whole-systems conservation plans for optimal impact,” said Wes Sechrest, Re:wild’s chief executive officer and chief scientist. “We can no longer look at these islands as separate from the ocean that surrounds them but must instead look at the ecosystems as a whole if we are to effectively rewild them for the benefit of local communities and the planet as a whole.”

The challenge aims to align Indigenous peoples and local communities, governments, conservation organizations, funders, and researchers to scale this work globally by partnering with island nations to address their most urgent environmental crises and sustainability needs.

“Indigenous peoples and local communities have long understood and managed natural resources in the context of land-to-sea connections,” said Stuart Sandin, director of the Center for Marine Biodiversity and Conservation at UC San Diego’s Scripps Institution of Oceanography. “Modern conservation science and restoration projects have only recently begun to elucidate, prioritize, and capitalize on these connections to maximize the returns on such investments.”

Restoring and rewilding islands also provide much-needed resiliency for island communities as climate change brings an increase in storms and extreme weather. Overwash can be the most damaging effect of storms, resulting in landslides, loss of property, and loss of life. Native plants are critical to soil stabilization and bolster an island’s ability to withstand sea-level rise during these events.

“Today, we are seeking and urging additional members to join this collaborative and advance this novel restoration and resiliency effort,” Becker said. “Join this movement by adding your commitments, resources, projects, programs, or islands to this 2030 challenge.”

“Our Ocean’s 2022 conference is an opportunity to highlight that land and sea connections are more direct and intimate on small islands. We are proud to announce this call-to-action to support our world’s island communities and their increasing leadership to demonstrate holistic management approaches that meet our unique needs and vulnerabilities,” said Steven Victor, Palau’s minister of agriculture, fisheries, & the environment.

“Only together can we bridge traditional knowledge with academic science for island-ocean restoration to maximize ocean and climate benefits for our communities and ecosystems,” he concluded.

The Island-Ocean Connection Challenge is made possible thanks to a diverse group of partners and funders, including Cookson Adventures, Leo Model Foundation, North Equity Foundation, Sheth Sangreal Foundation, and an anonymous donor. This challenge received a generous seed grant from the David and Lucile Packard Foundation.

Photo of island in Panama is by grebmot from Pixabay