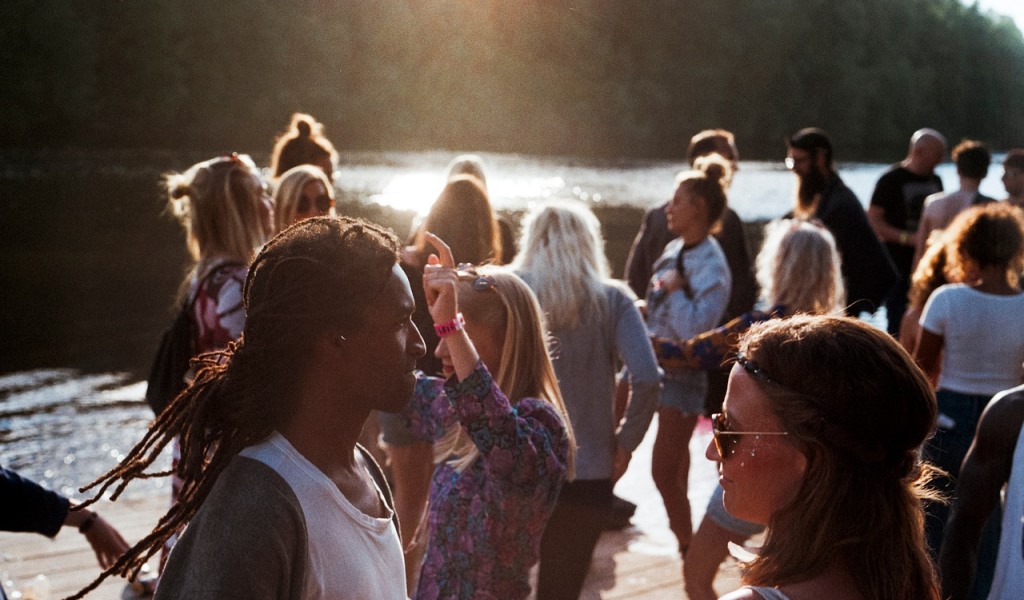 The 2020 book, RECONOMICS: The Path To Resilient Prosperity, documented how too many folks are conflating “revitalization” and “gentrification.”

The resulting confusion leads to an inability to effectively implement neighborhood regeneration initiatives. It even leads some ill-informed people to think of revitalization as a bad thing.

One solution is to stop using the word “gentrification:” it means so many different things to different people that it’s become effectively meaningless. Excessive or unnecessary displacement is a far more useful way of addressing the challenge.

The book showed that there are many practical tactics for accomplishing revitalization without unnecessary levels of displacement, and that the key to success is for leaders to truly want to reduce displacement prevention, and to actually include it in their goals.

Public leaders tend to throw up their hands and say that revitalization without gentrification is impossible, but that’s usually just their way of letting politically-connected developers do whatever they want.

A September 2022 article by Rohit Acharya and Rhett Morris described how their new Brookings Institution report showed that some cities have, in fact, accomplished revitalization without gentrification.

Here’s what they said: 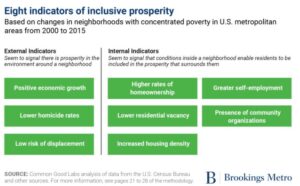 If you live in a U.S. city, you are probably only a few miles away from a neighborhood with concentrated poverty—and there’s a good chance that you are even closer.

Neighborhoods with concentrated poverty are defined as census tracts where at least 30% of residents live in poor households. They are found in every medium and large metropolitan area in the United States.

It does not matter what region a city is in, nor does it matter if local and state leaders are Democrats or Republicans. The presence of these residential areas is universal.

Around one in 15 people in the United States lives in a neighborhood with concentrated poverty—equal to over 20 million people in total. This includes nearly one in five Black people and one in eight Latino or Hispanic people.

Previous research has shown that places with high rates of poverty are deeply harmful.

People who grow up in neighborhoods with concentrated poverty earn less money in early adulthood and are incarcerated far more often.

Children born in these areas are projected to die 5.7 years earlier than those in other neighborhoods.

Leaders need better solutions to assist these areas. Fortunately, in recent years, new data and advanced analytical tools have emerged that can offer new insights about these places.

Published in September of 2022, the Brookings Institution‘s new report, “Reducing poverty without community displacement: Indicators of inclusive prosperity in U.S. neighborhoods,” takes advantage of these opportunities to share three findings demonstrating that positive change is possible.

We studied data on thousands of U.S. neighborhoods over 15 years. This revealed something that will likely surprise many leaders: Between 2000 and 2015, 193 neighborhoods with concentrated poverty achieved a large decrease in their poverty rates without displacing their existing communities.

The neighborhoods that achieved these positive changes can be found across the country. Some are close to their city centers, while others are more suburban. Each seems to be impressively resilient. The reductions in poverty they achieved occurred during a period of two major economic crises: the 2001 recession and the Great Recession.

FINDING #2: NEIGHBORHOODS WITH LARGE DECREASES IN POVERTY AND NO DISPLACEMENT SHOW EVIDENCE OF INCLUSIVE PROSPERITY.

As poverty rates fell, these neighborhoods remained inclusive. Retention of local residents was above the national average during the 15 years we observed. The number of people in the largest racial or ethnic group also increased, as did the number of people outside that group.

In addition, we can see evidence of increased prosperity in these places. For example, homeowners’ property values more than doubled and the number of local small business loans increased significantly. This suggests these neighborhoods became places of inclusive prosperity that benefited the existing community as well as new residents.

FINDING #3: EIGHT INDICATORS OF INCLUSIVE PROSPERITY SEPARATE THE NEIGHBORHOODS WITH LARGE DECREASES IN POVERTY RATES AND NO COMMUNITY DISPLACEMENT FROM OTHER POOR NEIGHBORHOODS.

We used advanced analyses, including machine learning techniques, to study how these neighborhoods were different from other low-income areas. This revealed an interesting pattern.

Eight indicators were much more common in the neighborhoods that went on to have large decreases in poverty rates with no community displacement.

These indicators can be useful to leaders in the same way doctors use biological indicators to evaluate individuals’ physical health. Better performance on these neighborhood indicators is linked to improved outcomes in the future.

We refer to these eight factors as “indicators of inclusive prosperity,” since they are associated with inclusion and increased prosperity as well as decreases in poverty.

Three external indicators seem to signal that the environment around a neighborhood supports prosperity:

Five internal indicators seem to show that a neighborhood includes residents in the prosperity around them:

These factors are associated with powerful results. In neighborhoods with all three external indicators and four or more internal indicators, large decreases in poverty rates without displacement are 3.7 times more prevalent.

The indicators also demonstrate the importance of helping neighborhoods build comprehensive strengths across each dimension of community well-being identified by the Bass Center for Transformative Placemaking.

Together, these indicators offer leaders an opportunity to create data-informed approaches tailored to the individual strengths and challenges of each neighborhood.