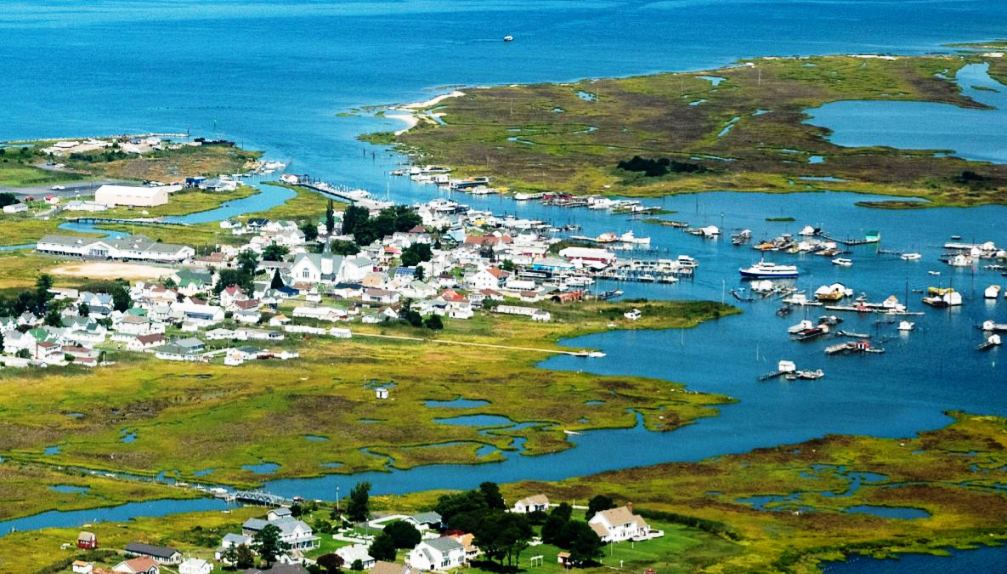 The Chesapeake Bay Program (CBP)—the intergovernmental organization charged with both protecting and restoring Chesapeake Bay—has started gauging the effects of climate change on those restoration efforts.

On April 2, 2019, CBP released its annual Bay Barometer report, looking at 19 environmental indicators to ascertain the effectiveness of restoration efforts.

Chesapeake Bay is one of the most vulnerable regions in the nation experiencing the impacts of climate change. As part of the Chesapeake Bay Program’s work toward this outcome, the partnership has adopted five indicators to track the impact that changing climatic conditions are having on the physical environment.

Patterns and trends observed in these indicators—which include air temperature, stream temperature, precipitation, river floods, and sea level rise—will inform our understanding of the environmental conditions that could influence our ability to protect and restore the Bay. Water temperature, for instance, can impact the abundance and distribution of underwater grasses and the stream habitat available to brook trout.

The long-term trend of water quality improvement underscores that the Chesapeake Bay Clean Water Blueprint is working. Currently, the states are developing plans to put practices in place by 2025 that will result in a restored Bay.

CBF’s 2018 State of the Bay score was based on 2017 and 2018 information. The Bay suffered a massive assault from record rains in 2018 that caused scores for water clarity and pollution loads to drop.

In response to the report, Beth McGee, the Chesapeake Bay Foundation’s Director of Science and Agricultural Policy, said “The resilience we have seen over the last few years is one sign that progress is being made to reduce pollution. The Chesapeake Bay Clean Water Blueprint is working. But the recovery is fragile. With 58 percent of the Bay’s waters still designated as impaired, there is still a long way to go.”

“The Bay Barometer points out the successes that have been achieved, including improved water quality, but also where the state/federal partnership has fallen short. Forest buffer plantings, one of the most cost-effective practices to improve the quality of water and habitats in the Chesapeake Bay watershed, are far short of the mark. Forest buffer plantings are being hurt even further because USDA’s Conservation Reserve Enhancement Program (a key funding source for forest buffers) has been closed since September 2018 and is not expected to open until the fall,” she continued.

Questions have been asked about the difference in the Bay Barometer and the Chesapeake Bay Foundation‘s (CBF) State of the Bay score, which declined in 2018.

One of CBP’s water quality indicators looks at dissolved oxygen and water clarity data from 2015-2017. Water quality was good during that period. In fact, in the 2016 State of the Bay Report (that includes info from 2015 and 2016), CBF gave the Bay’s water quality it’s highest score to date. And in 2017, underwater grasses were recorded at record numbers, reflecting good water clarity.

“Monitoring environmental health and progress is just one of the many critical roles EPA’s Chesapeake Bay Program plays in the historic federal/state cleanup. Now is not the time to gut EPA’s Bay Program funding, as the Trump administration has proposed. Only by working together to accelerate efforts will we reach the 2025 goal, especially as climate change is making finishing the job that much harder. And where there are shortfalls, EPA must hold the states accountable,” McGee concluded.