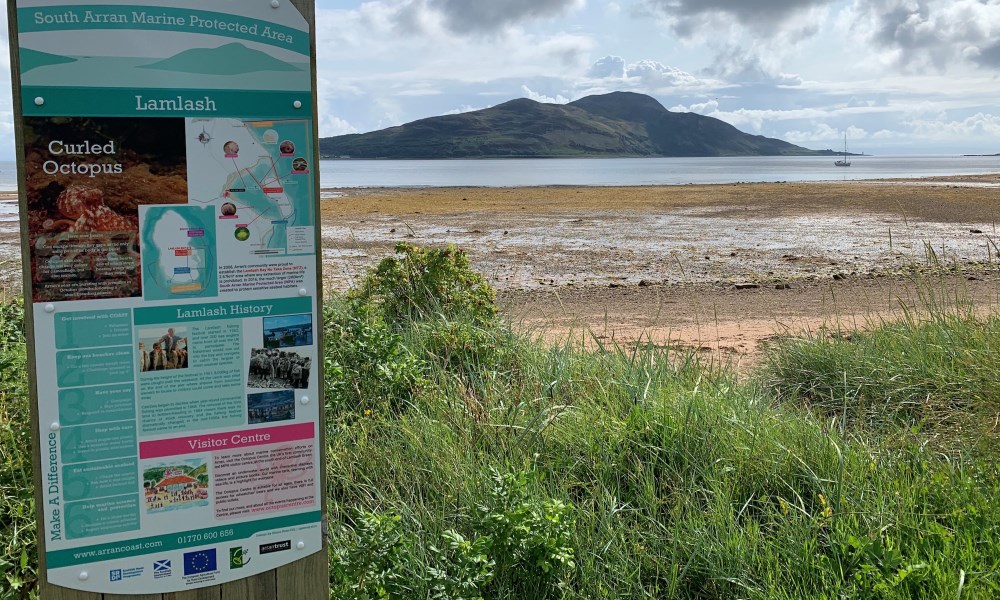 Rewilding can increase and diversify rural and coastal jobs, while helping Britain meet its biodiversity and climate commitments, says a new report from Rewilding Britain.

As Glasgow, Scotland prepares to host the United Nations COP26 climate change summit in November, Rewilding Britain is calling on the UK and devolved governments to back the creation of locally driven nature-based economies across 30% of Britain by 2030.

Putting nature at the heart of a green economic recovery would benefit rural and coastal communities, which are among the most deprived in Britain, while helping fix the nature and climate emergencies, says the charity.

Such a shift would include new jobs and businesses based on nature-friendly approaches and innovation, with farmers, fishers and foresters benefiting from green investment.

“The Westminster and devolved Governments should make a bolder financial and political commitment to upscale nature’s recovery, and seize the wide-ranging benefits,” she added.”

In the new report, Rewilding and the Rural Economy, Rewilding Britain’s says a thriving ‘ecosystem of employment’ can be built around nature restoration.

Its analysis of 33 rewilding projects in England covering over 82,000 acres has revealed a 54% increase in full-time equivalent jobs since rewilding began. Jobs across the sites have risen from 173 to 267, and now include education, nature tourism, food and drink production, ecology and events. Volunteering opportunities on the sites have risen from 61 to 810 – a thirteenfold increase.

Written together with Conservation Capital, a specialist consultancy and investment firm focused on nature-based economic models, the report spotlights how a diverse range of nature recovery projects across Britain are already delivering social and economic benefits.

This year the Langholm Initiative charity in Dumfries and Galloway completed South Scotland’s biggest community buyout of land – acquiring 5,200 acres for £3.8 million on behalf of the local community. The subsequent creation of Tarras Valley Nature Reserve has already led to six new jobs, with detailed plans underway for community regeneration.

On the Isle of Arran, the Community of Arran Seabed Trust (COAST) has shown how a community can protect and restore its marine environment, and support local jobs and businesses. Over 12,000 people have visited the trust’s new Discovery Centre, two new kayaking businesses have been established, and dive trips are flourishing.

In West Sussex, the Knepp Estate now has an annual turnover of around £800,000 on its nature tourism offer which includes camping, glamping, safaris and a campsite farm shop, with a 22% profit margin of £190,000. This has been achieved while transforming the fortunes of wildlife including turtle doves, nightingales and purple emperor butterflies.

Rewilding Britain highlights other studies showing that expanding nature recovery and urban green infrastructure could create over 16,000 jobs in the 20% of constituencies likely to face the most significant employment challenges post-COVID.

Rewilding Britain says nature-based economies should incorporate core rewilding areas across at least 5% of Britain. These should restore as wide a range of natural processes, habitats and missing species as possible to form mosaics of native forest, peat bogs, heaths, species-rich grasslands, wetlands, and coastal areas, with little or no human impact or extraction of resources.

Another 25% of the country should be regenerative areas – with a mix of land and marine uses and enterprises such as low-impact mixed forestry, nature-friendly farming and local food, nature-based tourism, low-impact fishing and hunting, locally grown sustainable timber, and conservation grazing.

The charity says Governments, public bodies, businesses, farmers, local communities and others should come together to develop local visions for economic and nature restoration. Local land and marine plans, with local people at their heart, could be led by existing bodies such as local councils, National Park Authorities and community organizations.

Rewilding Britain says public and private finance needs to be refocused towards a shift to nature-based economies. Although government spending on nature and climate has increased, there is still a huge financing gap – but this can be filled if there is political will. Until very recently, for example, the UK Government was still giving £10.5 billion a year in subsidies for fossil fuels.

The UK Government’s plans to boost innovation, including through a £22 billion Innovation Strategy, should be used to unleash a wave of innovation in nature-based businesses, says the charity.

See the Rewilding and the Rural Economy report.