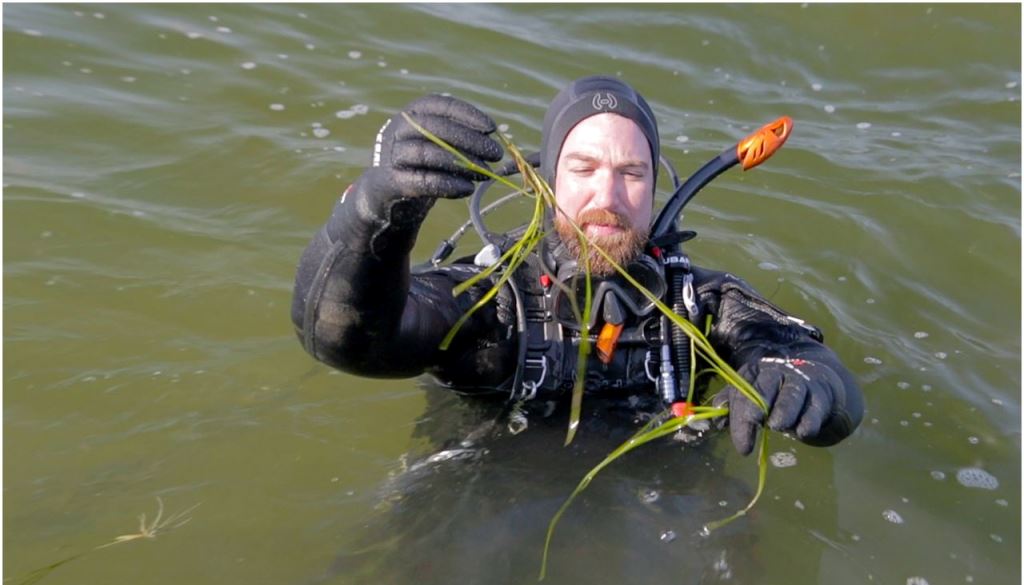 On a warm October day, six researchers ventured out to a reef in Baines Creek, a tributary of Virginia’s Elizabeth River.

Back in 2014, the Army Corps of Engineers had dumped tons of fossil oyster shells into the water in the hopes of attracting more of one of the key inhabitants of the Chesapeake Bay: oysters. Now the researchers, wearing masks and socially distancing as they wade through the water at low tide, are measuring the progress. 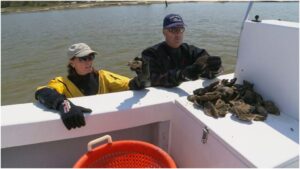 What they are finding is just astounding, says Romuald Lipcius, professor of fisheries science at the Virginia Institute of Marine Science (VIMS) at Gloucester Point, and also the School of Marine Science at William & Mary University.

The team counts hundreds of oysters growing on each square meter of reef. Some oysters had reached the ripe old age of five, once considered unachievable because of diseases that had been introduced into the Bay; oysters’ fecundity increases exponentially with size and age.

“All these oysters peeking above the water is a beautiful sight,” says William & Mary professor of geology Rowan Lockwood, who studies fossil oysters. “It is a glimpse of what the Bay was like 6,000 years ago.” And maybe, what it could be like again.”

But that ideal future is still a long shot. A couple of weeks after Lipcius plumbed the depths of Baines Creek, Matt Pluta piloted his small boat through a dense fog on the Choptank River, which flows into the Bay from Delaware and Maryland’s Eastern Shore. Director of Riverkeeper Programs at ShoreRivers, based in Easton, Maryland, Pluta is making his last sampling run of 2020, working alone because of the pandemic.

Over the past few years, the levels of nutrient pollution in the Choptank had climbed. And now Pluta is disappointed by the murkiness of the dark waters. “This is the time of year when we usually start to see the bottom again,” he says, “but we don’t have that excitement this year.”

That murkiness is a telltale sign of the nitrogen, phosphorus, sediment, and other pollutants that have tainted the Bay and its tributaries for decades. The sediment smothers oysters that settle on the estuary bottom and blocks the sun from reaching struggling seagrasses. The nutrients fuel algal blooms, including toxic red and brown tides, and when the algae decompose, bacteria consume oxygen in the water, creating “dead zones” that choke fish, crabs, and other creatures.

And so, 37 years into an ambitious effort to save the vast Chesapeake Bay ecosystem, the results are a “mixed bag—but encouraging,” says Lipcius. There is some optimism, thanks to decades of water treatment plant upgrades that have reduced sewage flowing into the Bay despite huge increases in wastewater flow. The once-enormous dead zones have shrunk. The water is a little less murky. Seagrass, which improves habitats for many other species, has rebounded somewhat.

In Baines Creek and a few other spots, three-dimensional oyster reefs, like those that once stretched across the entire Bay, are thriving. Dolphins have returned. “In some respects, things are changing for the better,” says Chris Patrick, director of VIMS’ submerged aquatic vegetation program.

Photos are by Susanne Coates.