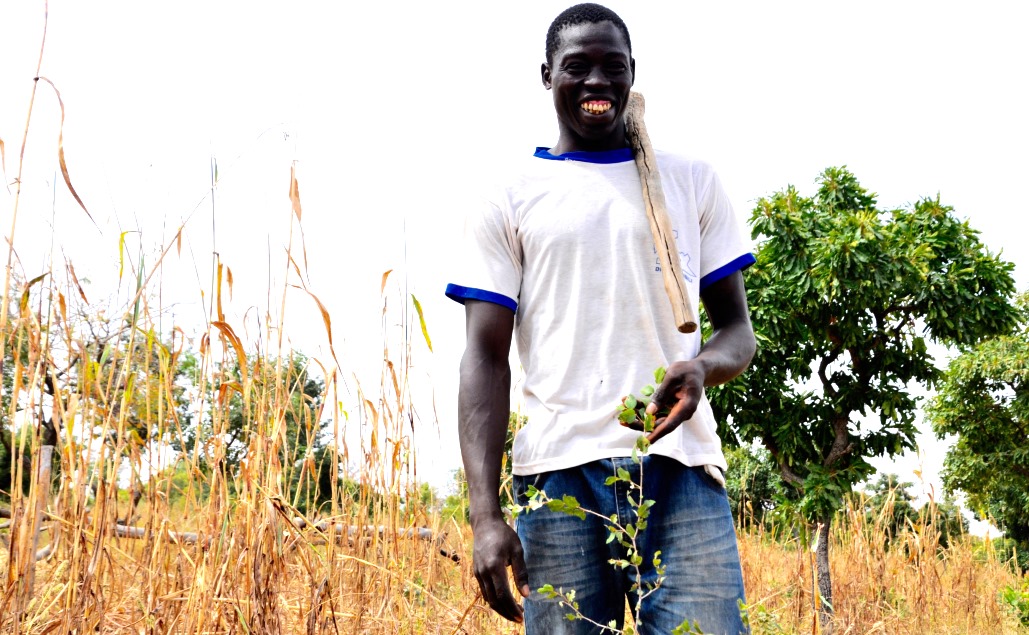 The upcoming UN Decade on Ecosystem Restoration aims to accelerate efforts towards achieving ambitious 2030 restoration targets, for example, under the Bonn Challenge and AFR100.

One of the more promising restoration methods is farmer-managed natural regeneration, which involves farmers nurturing natural woody regeneration in their fields while keeping the land under the primary function of agricultural production.

It’s a form of agroforestry without the need to plant trees. The dependence on natural regeneration makes it more effective under harsh and dry conditions and makes it less costly than planting trees. However, this also raises the question: what regenerates naturally, and what does this mean for restoration?

A typical agroforestry ‘parkland’ in Burkina Faso. In the rains, the land is intensively cultivated which removes regenerating stumps and self-seeded seedlings (wildlings). This is creating a landscape without younger trees and dominated by older ones.Photo: World Agroforestry/Cathy Watson.

So far, evidence from ‘regreening’ with farmer-managed natural regeneration comes mainly from the West African Sahel.

Restoration organizations, such as World Vision, are now promoting it beyond its original range. A clear understanding of what is able to regenerate and how regeneration is affected by conditions on farms is essential to be able to evaluate the long-term outcomes of restoration and to identify potential limits to increasing scale.

Scientists from World Agroforestry (ICRAF) and Wageningen University in the Netherlands have joined forces to systematically study regeneration using the approach on farms in Burkina Faso and Ghana and asked how regeneration is affected by human activities, land degradation and by nearby forests and trees.

Their results have been published in Scientific Reports in September 2020.

The scientists found that with the intensity of agricultural activities and grazing there was less regeneration in farmers’ fields. This holds for all woody regeneration and particularly for the locally important shea tree (Vitellaria paradoxa). There was also a strong effect of dispersal limitation: with more trees in the surroundings there was more regeneration and closer to forest reserves the richness of regeneration was greater.

Not only did the researchers look at the number of individual plants and their species’ richness, they also evaluated the functional properties of the regenerating plant communities. These functional properties revealed that regeneration clearly shifted towards more shrubby (shorter), small-seeded species with tougher leaves in fields that were more intensely used. Such a shift is likely to have long-term consequences for the composition and functioning of agroforestry parklands.

“The study has clear implications for the practice of farmer-managed natural regeneration to restore degraded land,” says Madelon Lohbeck, lead author of the study.

The study also contributed to a better understanding of what farmer-managed natural regeneration really is and where regeneration comes from. The technique is often cited as “releasing the underground forest”, highlighting the importance of rootstock as a source of regeneration.

However, in this study the scientists found that dispersal limitation has an important effect on regenerating plant communities, suggesting that much of regeneration actually comes from the seeds released by nearby trees. The consequence is that in places where there aren’t as many trees as in the Sahelian parklands, the restoration technique may lead to disappointing results, in which case, additional tree-planting will be important for restoration to be successful.

This study was carried out for the West Africa Forest-farm Interface project, led by CIFOR in collaboration with World Agroforestry and Tree Aid, and supported by the International Fund for Agricultural Development (IFAD) and CGIAR Research Program on Forests, Trees and Agroforestry (FTA).