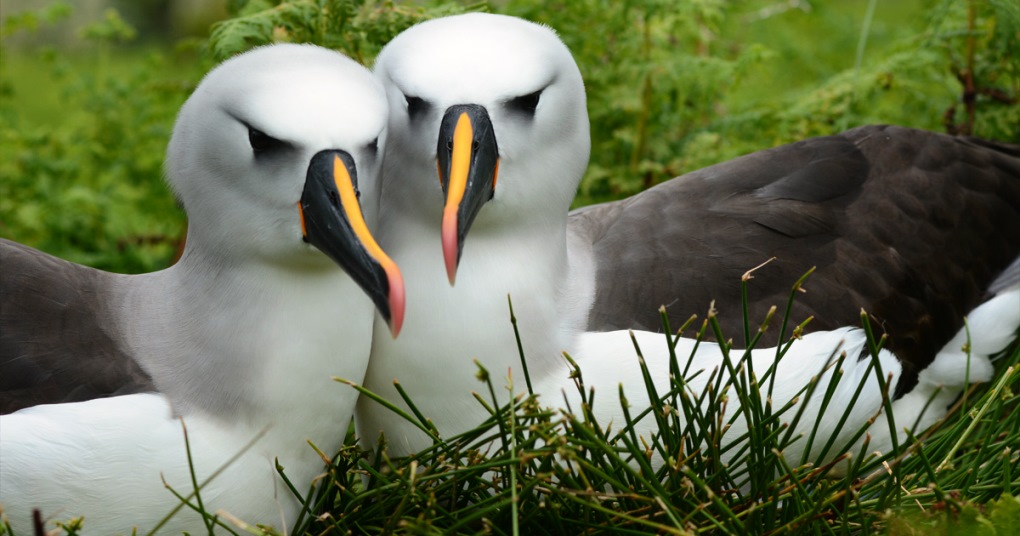 A new paper published in the journal Environmental Conservation examined past and future invasive vertebrate eradication projects on islands to identify contributions to the 2030 Sustainable Development Goals (SDGs) outlined by the United Nations. They found that removing invasive species can contribute strongly to economic revitalization, endangered species restoration and climate resilience, among other benefits.

Luz de Wit, the lead author on the study and Postdoctoral Fellow at the University of Vermont’s Gund Institute, emphasized: “The research confirms the enormous potential of invasive vertebrate removal to benefit both people that rely on islands, nearshore ecosystems, and native wildlife, and provides additional leverage for achieving essential conservation while supporting island communities in pursuit of sustainable development.”

Islands are at the forefront of the extinction crisis, with invasive vertebrates as the primary driver of extinctions and threatening nearly half of our world’s most endangered species. Extensive research has recognized the negative impacts that invasive species have on islands with emerging research documenting effects on the surrounding marine ecosystems through predation of native species and degradation of critical ecosystem functions.

It has been well established that invasive species can negatively impact local economies, food security, and health through crop damage and erosion, and as vectors for zoonotic disease transmission. These effects are especially relevant for islands with developing economies and limited economic development opportunities.

“We’ve long understood that there are benefits to removing invasive species from island ecosystems for both the conservation of native wildlife and for the people who live in these communities,” stated co-author Dr. Nick Holmes of The Nature Conservancy.

“By aligning this conservation tool with the United Nations’ goals for sustainable development, we are able to draw clear lines between human health and economic benefit to give communities more data for decision-making,” he added.

The removal of invasive species is one of the most effective conservation initiatives available, with more than 1,200 invasive mammal eradications attempted on islands worldwide and an average success rate of 85%. As a proven conservation tool, eradication has repeatedly been shown to revive island ecosystems and pull wildlife back from the brink of extinction. As practitioners pursue restoration on more complex, inhabited islands, it is critical to understand the implications for island communities and sustainable development goals.

This study sought to identify how invasive vertebrate eradications could align with the United Nations framework for sustainable development, which outlines 17 goals with 169 specific targets, including improving human health, biodiversity conservation, and socioeconomic benefits. By analyzing historical successes, the researchers found that the eradication of invasive vertebrates from islands contributes to 13 SDGs and aligns with up to 25% of the global targets.

The team analyzed 292 islands where future eradications are a priority for biodiversity conservation and are considered possible within the next decade or would be possible with advances in technology. In comparing past and future projects, researchers found that moving forward projects are likely to align with more sustainable development targets than they have in the past, which is attributed to the fact that, until recently, practitioners have predominantly restored uninhabited islands.

Additionally, the team noted that restoration of islands that are used by nearby communities but not inhabited also present opportunities for sustainable development that encompass island communities beyond those studied.

A Global Priority for People and the Planet

These findings suggest an opportunity for investment in the removal of invasive vertebrates from islands as a method for improving human well-being through health and economic development in addition to curbing the extinction crisis and fighting climate change. Invasive vertebrate eradication on islands is an effective conservation tool and often a one-time intervention that can build more resilient and sustainable ecosystems and human communities.

Unlike many conservation and social interventions, results from invasive species eradication often occur over relatively short time frames; the rapid-results and numerous benefits are particularly significant for islands and communities with developing economies and those facing growing environmental uncertainty.

“Eradication of invasive species is a critical tool for stemming the extinction crisis on islands. Removing invasive species results in incredible environmental gains for native wildlife and ecosystems, but beyond preventing extinctions, it is increasingly important to understand the implications for people and island communities,” said Dr. Karen Poiani, Island Conservation CEO.

By identifying the applications for eradication to promote human well-being and biodiversity conservation, the researchers hope to encourage investment and innovation in the field. As eradication efforts increase in scope and scale, it is essential that biodiversity conservation supports the sustainable development of islands, contributing to improved human health and well-being, economic development, education, and the future of life on Earth.

Photo (courtesy of Island Conservation) shows yellow nosed albatrosses, a threatened species that’s being restored thanks to the removal of invasive mice introduced by humans. The mice were eating the eggs and chicks, and were even filmed attacking adult birds.