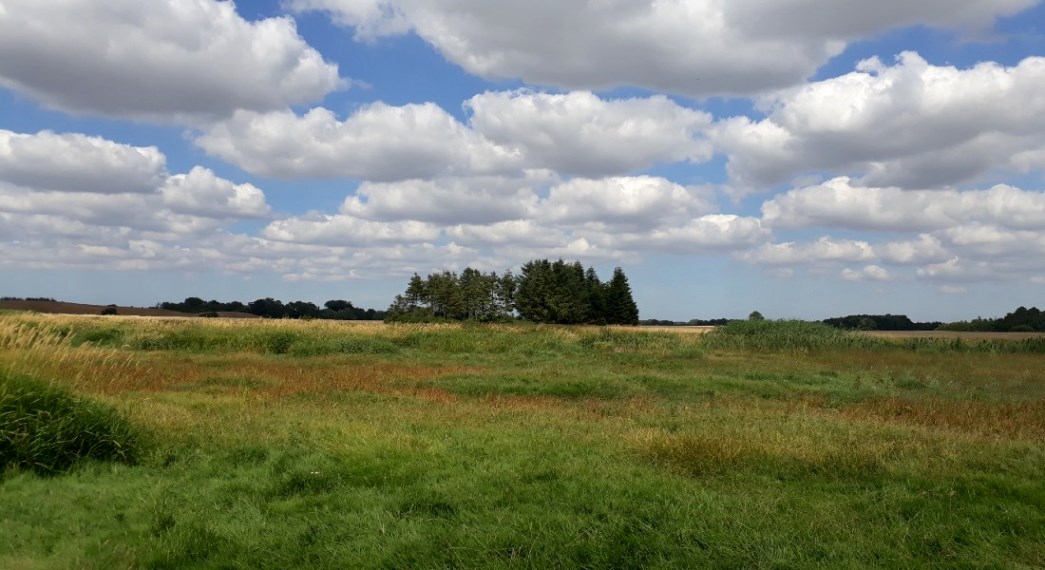 A study of restored wetlands on the Danish island of Funen reveals that plant species richness remains extremely poor many years after wetlands restoration.

It is widely assumed that restored wetlands will increase local biodiversity and come to resemble natural wetlands over time. However, more must be done to catalyze recovery according to the University of Copenhagen researcher behind the study.

Danes have been diligent about wetland restoration. Indeed, more than 200 wetlands have been restored over the past 25 years.

Illustration from the scientific article.

In particular, restoration in Denmark has been used as a means to curb nutrient runoff from crop fields into watercourses. But Danish authorities also point to wetlands restoration as a means to increase biodiversity across the country, which has been in decline for decades.

It is widely assumed that restored wetlands are a boon for botanical diversity. And that, eventually, these areas will come to resemble natural wetlands. In the best of cases, plant species that have become rarer in Denmark in recent decades, such as marsh orchids, globeflower, tussock-sedge and ragged-robin, would once again become abundant.

However, a study led by a University of Copenhagen doctoral student demonstrates that even after up to 17 years of recovery, the wetlands studied stay botanically poor. There is no difference between the wetlands with a restoration age of 7 and 17 years.

“There has been incredibly little development, in terms of biodiversity, since the wetlands were restored. This applies regardless of whether the areas were restored seven or seventeen years ago – they all have very low plant diversity, and the few plants found are so common that they are of little interest in terms of biodiversity,” explains Marta Baumane, a biologist and PhD fellow at the University of Copenhagen’s Department of Biology.

Baumane is the lead author of the study, published in the journal Science of the Total Environment.

The researchers studied ten wetlands in the Kratholm catchment of the River Odense, all restored between 2001 and 2011. The primary purpose of their restoration was to mitigate the leaching of nitrogen and phosphorus from surrounding farmland. The restoration consisted of removing or disconnecting tile drains (and ditches) and re-meandering streams that had been straightened decades prior.

The researchers suspect that the main reason for this low biodiversity is that high nutrient input from agriculture continues to spill into wetlands. Annually, these areas receive up to 400 kilos of nitrogen per hectare.

The study also points to another significant barrier to increased biodiversity – the very limited availability and dispersal of native wetland species. As a consequence of the areas being used by – or their proximity to – agriculture for many years, most of the wetland species have vanished from the entire stream catchment and are unlikely to immigrate from seed sources far away.

At least 100 years, unless we do something

“The study demonstrates that it may take many years for restored wetlands to achieve significant plant diversity if we rely solely on spontaneous biological processes. If nutrients continue to leach into the wetlands from fields nearby, the nature restoration efforts may turn out to be futile. Even if nutrient influx to wetlands is cut off, our estimate is that it will take at least a hundred years for wetlands to resemble natural wetlands with regards to species diversity, due to the slow immigration of species,” says Marta Baumane.

“Now that we are equipped with this knowledge, I hope that the authorities will use it to try to improve already-restored wetlands so that we can get more out of them. Besides reducing the amount of nutrients being discharged into wetlands, one could try to seed these areas to see if new plants survive, as well as test methods of different management methods such as mowing and grazing,” concluded Baumane.

Baumane also points out that additional efforts are required if native-like wetlands are hoped for.