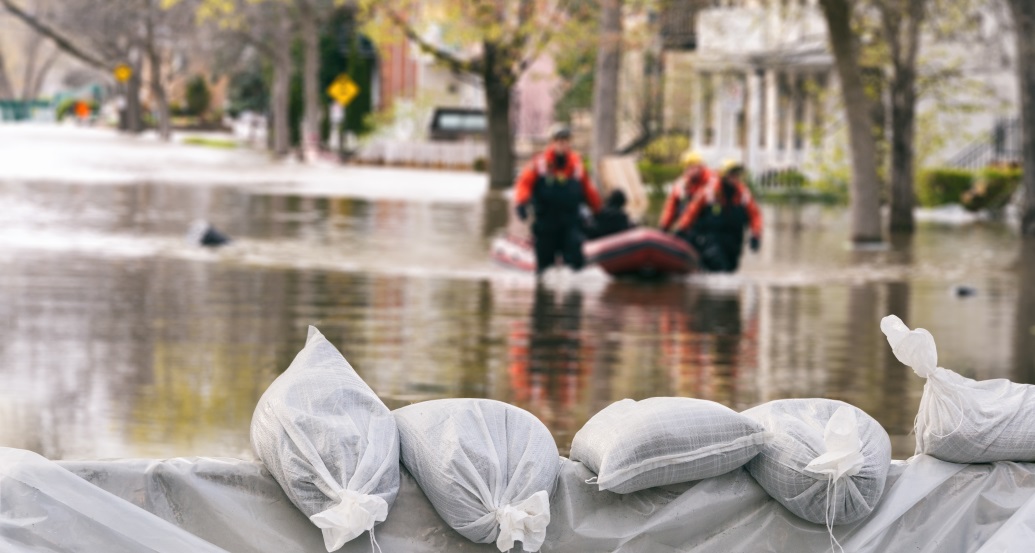 On June 26, 2020, North Carolina’s Senate and House unanimously passed HB 1087, which is designed to boost the state’s climate resilience by restoring its watersheds and wetlands. The bill now awaits the Governor’s signature. Rep. Bell, Rep. McGrady and Sen. Newton provided the key leadership in advancing this important piece of legislation.

The provision expands the Division of Mitigation Services (DMS) program, allowing the state to further leverage private sector resources for nature-based flood mitigation projects such as wetland, floodplain and stream restoration. Nature-based solutions can often be completed more quickly and at a lower cost than hardened structures such as dams and levees.

“This program expansion comes at a time when flood-prone communities across the state need increased assistance, especially those communities that have been marginalized and disadvantaged for too long. Rep. Bell has championed this provision from the onset, and thanks to his, Sen. Newton’s and Rep. McGrady’s leadership, North Carolina can leverage the competitive and innovative spirit of the private restoration sector to rapidly advance work that saves lives, protects homes and businesses and preserves wildlife habitats,” said the Environmental Defense Fund (EDF) in an official statement.

“This effort puts North Carolina in a position to create a marketplace like no other in the country. Once signed by the governor, state leaders can build on these efforts by moving quickly to fund this vital work utilizing state or federal pre-disaster programs,” EDF continued.

Over the past two decades, DMS restored or created 2.7 million feet of streams and 29,000 acres of wetlands, sustaining a restoration industry and providing work for engineers, designers, construction services, plant nurseries, legal and real estate professionals and many other restoration workers.

DMS has the existing staff expertise and delivery mechanisms to address watershed flooding, but they are currently unable to accept federal disaster dollars or other competitive grant allocations for flood reduction. The proposed bill would rectify this, allowing DMS to contract with private restoration companies to more quickly and effectively construct flood reduction projects.

Four ways to harness the private sector to reduce flooding

The proposal would create a voluntary program within DMS to enhance or restore flood storage capacity in targeted watersheds using private businesses. The proposal has four important components:

1. Increase the state’s ability to attract federal and private funding.

This new authority would allow the state to compete for federal disaster appropriations and grant programs, such as the National Fish and Wildlife Foundation, to secure funding for watershed projects.

Under the proposal, flood storage projects could include the “creation or restoration of wetlands, streams and riparian areas, temporary flooding of fields, pastures or forests, and other nature-based projects that can demonstrably increase flood storage capacity.”

By focusing on natural infrastructure projects, the program would be able to contract with restoration companies to install flood reduction quickly. Project timelines would be measured in months, not years, as is typical with reservoirs and levees.

Flood storage projects would be quantified by the acre-feet of flood storage capacity created by the project. This new metric would become the “currency” of the program.

In addition, river basin plans would set targets for flood reduction in priority watersheds. Combining the new currency with a clear target for each watershed, the program would create the nation’s first flood reduction marketplace.

The legislation establishes an advisory board to guide the program’s creation and provide ongoing counsel. The advisory board would help develop project criteria that could include consideration of the cost-benefit analysis of a project, the compatibility of the project to agriculture or other watershed land uses and the potential ecological benefits. The program would annually report the increased flood storage capacity created by new projects and would maintain an inventory of projects.

In the last month, North Carolina’s governor and Legislature took two big steps toward a more resilient future in the release of the Resilience Plan and now with the expected passage of this proposal within HB 1087.

These two efforts will help North Carolina protect vulnerable communities while providing a model for other states looking to implement similar resilience-building projects.

This article by Will McDow originally appeared on the blogsite of the Environmental Defense Fund. Reprinted here (with edits) by permission.