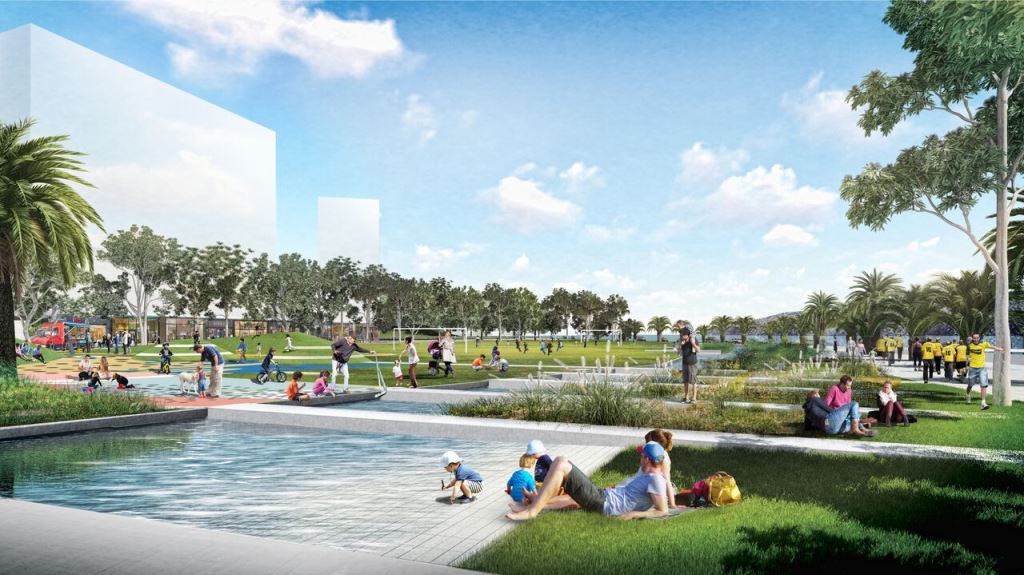 On May 28, 2018, the New South Wales (Australia) Minister for Planning and Housing, Anthony Roberts, announced an investment of $52 million in revitalization funding for renewed infrastructure and public space in the city of Gosford.

In a watershed moment for the capital of the Central Coast, the funding will see well overdue work being done to upgrade the infrastructure and public domain, which will attract development, improve business opportunities and attract residents. “The time for Gosford to shine has finally arrived. After listening to the community, we have developed a multi-pronged, design-led delivery to ensure the Central Coast has a regional capital it can be proud of,” Mr. Roberts said. 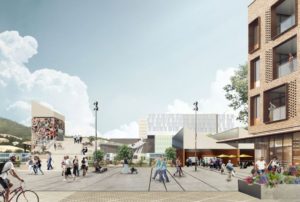 “Today’s announcement involves $42 million to upgrade this vital infrastructure in Gosford City Centre, plus $10 million for public domain upgrades in Gosford City Centre. That will include the creation of a significant regional playground as part of a major renewal of the parklands and streetscapes near the Gosford waterfront. This funding is in addition to the $406 million that has been invested by this Government on the hospital redevelopment, associated infrastructure and other city centre upgrades, further to the 300 Office of Finance and Services jobs we are bringing to the City,” he continued.

In tandem with the funding, the NSW Government Architect released its next recommendations, in two reports now available for the community to view and comment on. Place Report 2 focuses on connecting the greatly expanded Gosford Hospital to the city across the rail corridor over the train station, while Place Report 3 focuses on linking the city to the waterfront parklands in the city’s south.

“The new State Planning Policy will be supported by a new development assessment and approvals framework and case management process,” Roberts said. “A Special Infrastructure Contribution (SIC) will also be applied to Gosford City Centre to enable the Department of Planning and Environment to collect contributions for revitalisation of infrastructure that supports growth as the program continues to roll out.”

“The proposal is that the overall amount to be collected will reduce from 4% of the value of development to 3%. The reduction in contributions will encourage investment and is a big vote of confidence by the NSW Government in Gosford and a demonstration of our commitment to delivering a revitalised city centre. The planning policy and the infrastructure contribution will align with the Government Architect’s recommendations to drive the continued renewal of Gosford City Centre,” he continued.

Roberts said this investment of $52 million by the NSW Government for development of Gosford, on top of $406 million already invested in Gosford, was also a major boost to employment opportunities on the Central Coast. “Today’s announcements are part of a series of investments to boost large-scale and ongoing local employment opportunities for Central Coast people, especially youth,” Mr Roberts said. “There will be an immediate spike in jobs created once the infrastructure works get underway, but these are just the tip of the iceberg. The investment and development will enable more businesses and people to relocate to Gosford City Centre and this will have a multiplier effect that will lead to more jobs in the future.”

This process has already begun with a number of developments recently completed or under construction in Gosford City Centre. Among them, the new Australian Tax Office that houses 600 workers and its neighbor, the NSW Department of Finance, Services and Innovation (DFSI) set to accommodate 300 further jobs when it opens in late 2018. “Sixty percent of the workers involved in the construction of the DFSI building reside in the Central Coast and Hunter regions, with a number of those being local apprentices,” Mr. Roberts stated.

Chris Patterson, the newly appointed NSW Parliamentary Secretary for Youth Employment for Western Sydney, said the Government’s ongoing commitment to the revitalization of Gosford City Centre was great news for young people on the Central Coast wanting and needing jobs close to home. “The big focus and continuing investment in Gosford will open up all sorts of employment opportunities in a region that has traditionally had high levels of youth unemployment,” he explained.

Mr. Patterson said the Government Architect’s proposal to link the redeveloped hospital to the city to create an “innovation district in the heart of the regional capital,” was particularly exciting for local young people. “The proposals could one day attract the likes of tech incubators and start-ups that could provide future-proofed jobs for generations of Central Coast youth,” he said.

Mr. Roberts also unveiled the City of Gosford Design Advisory Panel, a body that brings together the highest calibre planning and design minds in the country to assess, advise and ensure design excellence of proposed developments in Gosford City Centre. The Panel comprises NSW Government Architect Peter Poulet, Coordinator General for the Central Coast Lee Shearer, NSW Chief Planner Gary White and two additional panel members drawn from an established group of practitioners. The Department – in close collaboration with Central Coast Council, Roads and Maritime Services and Transport for NSW – has also formed a Traffic and Parking Subcommittee to tackle the issue of car parking in Gosford City Centre.

Renderings of revitalized Gosford courtesy of NSW Planning and Housing,