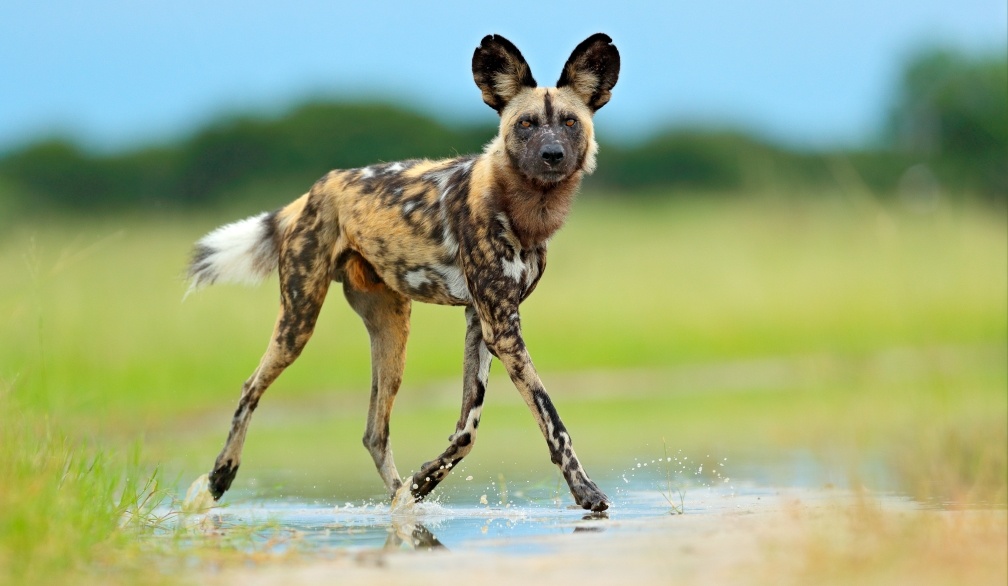 A new study has shown that rewilding can help to mitigate climate change, delivering a diverse range of benefits to the environment with varied regional impacts.

Research led by the University of Sussex and published in the journal Philosophical Transactions of the Royal Society B, provides a global assessment of the potential for trophic rewilding to help mitigate climate change.

But reintroducing species not only influences the local environment, it can also influence the climate. Animals, particularly megaherbivores (like elephants) and large ruminants (like bison and cattle) produce methane – a greenhouse gas. Big herbivores also eat large quantities of vegetation which can prevent trees growing.

This stops trees capturing carbon, but on the other hand, it can also prevent trees from reducing albedo in the far north and so mitigate warming. Big herbivores also distribute large seeded trees that are particularly good at capturing carbon.

The influence big herbivores have is also partly dependent on the effects of big predators. The larger the predators present, the bigger the herbivore species regularly on the menu. But because of past extinctions the surviving species that can be reintroduced is limited and this changes the number and type of large herbivores that are more likely to reach relatively high densities and so have bigger impact on their environment.

According to this new research, all of these interacting relationships mean applying trophic rewilding in different parts of the world will have different outcomes for climate mitigation.

Dr. Chris Sandom, Senior Lecturer in Biology at the University of Sussex, says “The key thing to remember here is that nature is complex and needs to be complex. Trophic rewilding aims to restore nature, including its complexity, and then to allow it to take its own path. This path will be different depending on time, place and chance. But the good news is this will also bring with it a diversity of outcomes. Diversity is good because the needs of people and nature are diverse too.”

In the study, Dr. Sandom and colleagues from Australia, USA, Denmark and Sweden, assessed scenarios in various regions across the globe to ascertain where restoring species which still exist today could help to mitigate climate change.

In some parts of the world, such as Europe and North America, most of the large predators (lions) and herbivores (elephants) have gone extinct. However, by returning healthy wolf populations, the number of any remaining large herbivores, such as deer, could be reduced allowing a greater opportunity for vegetation to grow and provide mitigating effects on climate change.

Owen Middleton, PhD Student at the University of Sussex and co-author of the study, said “Past extinctions mean only a small fraction of the species present in North and South America, Europe, and Australia can be reintroduced to rewilding projects. If all the species available were reintroduced in these places, predators are likely to exert more control on herbivores than in the past. This would likely result in more trees growing with climate change mitigation benefits.”

“In Africa and Asia where extinction was less severe the megaherbivores would likely be more dominant. In savannahs this could stop trees growing, reducing climate mitigation potential but would be important for biodiversity. Regional analysis is needed to explore the details. But these are simple estimations of a complex system. Future research should focus on regional case studies which includes social and ecological feasibility of reintroducing species, as well as how it could assist with the climate and other emergencies,” he concluded.

Photo of African wild dog in Botswana via Shutterstock.