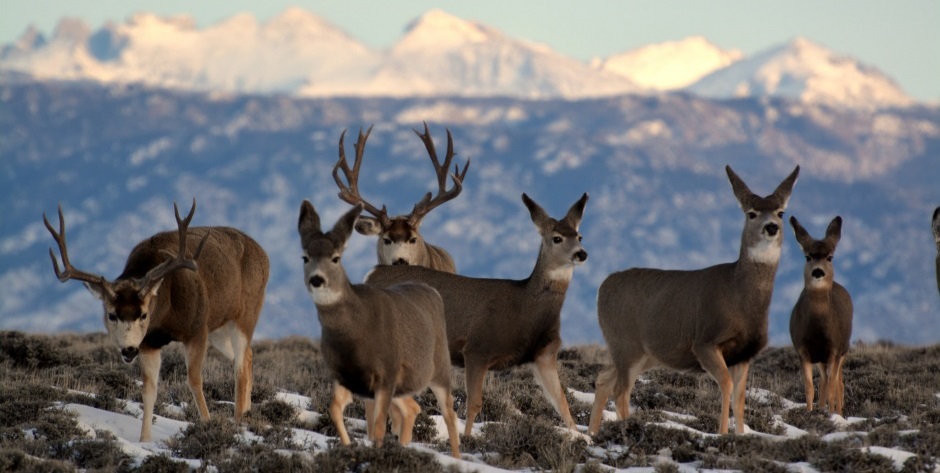 It’s a good example of how even the most anti-green politicians often find common ground with environmentalists when it comes to restoration: virtually everyone loves bringing dead and dying places back to health, beauty and productivity. (Zinke has long been an outspoken critic of renewable energy, and denies that human activities are causing or exacerbating climate change.)

This new wildlife habitat restoration order fosters improved collaboration among states and ​private landowners, and facilitates all parties ​using the best available science to inform development of guidelines that helps ensure that robust big game populations continue to exist. The order was signed at the Western Conservation and Hunting Expo. 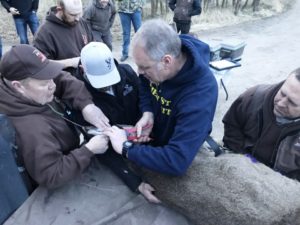 “​We all know that animals go where animals want to go, and more often than not that’s dependent​ ​upon natural features like watersheds,​ ​rather than whether land is owned by the BLM, state, or private landowners. We need to manage appropriately. ​My goal is healthy herds for American hunters and wildlife watchers, and this order will he​​lp establish better migration corridors for some of North America’s most iconic big game species like elk, mule deer and antelope,” said Secretary Zinke.

“American hunters are the backbone of big game conservation efforts, and now working with state and private landowners, the Department will leverage its land management and scientific expertise to both study the migration habits of wildlife as well as identify ways to improve the habitat. For example, this can be done by working with ranchers to modify their fences, working with states to collaborate on sage brush restoration, or working with scientists to better understand migration routes,” he continued.

States are prioritizing migration initiatives to better understand the habits of animals like mule deer, elk, and antelope; however, there is much work the federal government can do to better understand the animals and improve habitat. The migration patterns of these species cross over thousands of miles of all types of land including federal, private, state, and tribal. For example, in southern Utah, mule deer travel up to 110 miles into Arizona from Bryce Canyon National Park into the Arizona strip area. They cross state, private, Bureau of Land Management, National Park Service, and U.S. Forest Service land. These species also cross tribal lands and use highway underpasses and critical public land habitats along that annual journey. The Secretarial Order initiative will help with many aspects of solving the challenges encountered along the pathways of these migratory routes.

“We greatly appreciate Secretary Zinke’s commitment to improving the habitat quality of big game migratory corridors and winter range on lands managed by the department’s bureaus,” said Mule Deer Foundation President and CEO, Miles Moretti. “Big game populations have faced increasing challenges during their seasonal migrations and in the crucial winter period. Federal public lands play a critical role in the annual life cycle of mule deer and black-tailed deer and we pledge our wholehearted support and engagement to implement Secretarial Order 3362.”

Zinke continued, “Utah is ground zero for this kind of initiative on the state level and we are looking forward to partnering with them and other states in the future. Working together we will strengthen herds and ensure big game hunting is passed down from generation to generation.”

“​We appreciate Secretary Zinke’s recognition of the importance of wildlife migration corridors​,” ​said Mike Styler, Executive Director of the Utah Department of Natural Resources. “This aligns with, and significantly bolsters, the Utah Migration Initiative to identify the critical corridors and better focus our successful Watershed Restoration practices that enhance big game.”

​Earlier in the day, Secretary Zinke was joined by the Mule Deer Foundation and volunteers to capture, tag, collar, and release mule deer for research. ​The tagging and collaring the deer will allow scientists to gather more data and shed light on the migration habits of the species.

The goal of this effort lies at the heart of our conservation mission, ensuring the future of elk, other wildlife, their habitat and our hunting heritage. In order to do that we must maintain a focus on winter range and migration corridors for elk and other wildlife,” said Blake Henning, Rocky Mountain Elk Foundation chief conservation officer. “We support stronger collaboration between landowners, agencies, conservation groups like RMEF and all others seeking to enhance habitat for the benefit of our wildlife populations.”

Later in the day, Zinke walked the floor of the Expo and was joined by local resident and youth hunter Gracie for bow and pellet gun demonstrations.

A lifelong sportsman who grew up in Montana, Secretary Zinke has prioritized sportsmen’s access and healthy herds during his tenure at the Department. Since being sworn in to office in March 2017, Zinke:

Featured photo of mule deer in Wyoming courtesy of the U.S. Bureau of Land Management (BLM).