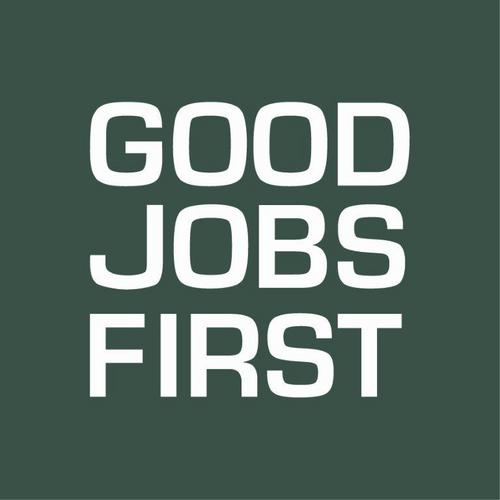 Washington, DC, August 14, 2015 – Good Jobs First today lauded the Governmental Accounting Standards Board (GASB) for the issuance of its first-ever rule requiring state and local governments to report how much revenue they lose to corporate tax breaks given for economic development.

“Though we are disappointed by some of the technical shortcomings of the new standard, make no mistake: this is absolutely historic good news for taxpayers,” said Good Jobs First executive director Greg LeRoy. “We have long criticized GASB for being MIA on corporate welfare; now the debate will turn to implementation of this landmark accounting rule.”

“States and cities spend an estimated $70 billion a year for economic development, most of it through tax expenditures. But we could only estimate because GASB has never before called for standardized reporting,” explained LeRoy. “That’s the historic value of this new standard: taxpayers and policymakers will finally see the true price tag for economic development.”

“This is a victory for the thousands of taxpayers, grassroots groups and public officials who have for so long demanded these tax breaks be more transparent and accountable,” said LeRoy. “Hundreds of people and dozens of organizations also commented to GASB in one of its largest comment files ever.”

“Given that states already publish tax expenditure budgets that often include this data, the new standard will have the greatest impact on local bodies of government: cities, counties, townships, and school boards,” said LeRoy. “We are especially pleased that GASB is calling for public bodies that lose revenue passively due to the actions of other bodies to report such losses. This means school boards will finally have to own up to the huge costs they suffer when cities and counties abate or divert property and sales taxes.”

The new standard takes effect for budgets that begin after December 15, 2015 so new data will begin to appear in 2017.

GASB is a project of the non-profit Financial Accounting Foundation in Norwalk, Connecticut; its Generally Accepted Accounting Principles (GAAP) have the effective force of law in most states and credit rating agencies often insist upon them when rating public bonds. GASB uses the umbrella term “tax abatements,” for property, income, sales and other tax expenditures made for economic development.