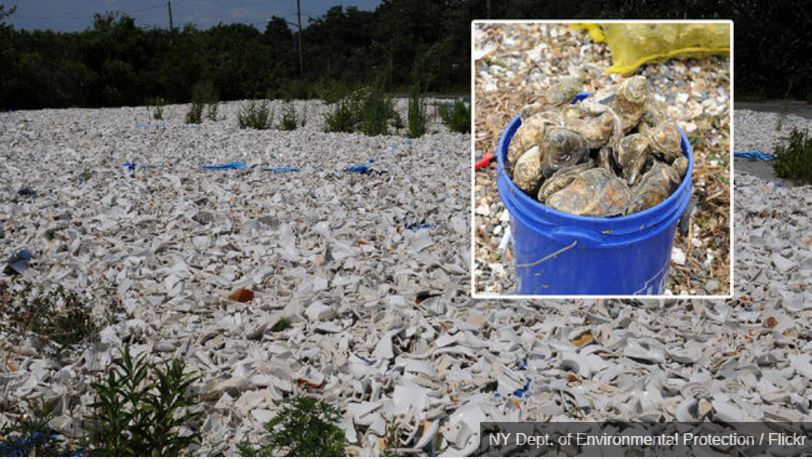 On September 6, 2016, the New York Department of Environmental Protection and Mayor Bill de Blasio jointly announced the largest oyster reintroduction of its kind.

When combined with old clam and oyster shells, the chunks of toilet porcelain — remnants from the city’s public school bathrooms — deposited at Jamaica Bay will act as anchor points for the new mollusk residents.

“This oyster bed will serve multiple purposes — protecting our wetlands from erosion, naturally filtering our water and providing a home for our sea dwellers are just a few,” De Blasio said.

Thirty-six thousand adult and baby mollusks — called spat-on-shell oysters because they stick to their elders’ outsides — have already been deposited in 85 floating cages along the bay. 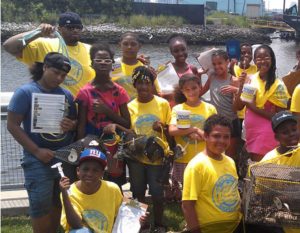 BOP is an ecosystem restoration and education project aimed at restoring one billion live oysters to New York Harbor and engaging hundreds of thousands of school children through restoration based STEM education programs.

Oysters were the keystone species and original ecosystem engineers of New York Harbor. Oyster reefs once covered more than 220,000 acres of the Hudson River estuary. They provided valuable ecosystem services to the region by filtering water, providing habitat for other marine species and attenuating wave energy. Today, oysters are functionally extinct in the Harbor as a result of over-harvesting, dredging and pollution.

The absence of oysters has impaired our estuary’s ability to clean the water and absorb excess nitrogen; the loss of reefs has reduced protective habitat, destabilized the sea floor and left our shoreline vulnerable to destructive wave action. The Billion Oyster Project aims to reverse these effects by bringing oysters and their reef habitat back to New York Harbor.

Restoring oysters and reefs will, over time, restore the local marine ecosystem’s natural mechanisms for maintaining itself, resulting in cleaner water and greater biodiversity. Moreover, engaging students and the general public in this work will build a culture of stewardship and a more robust understanding and appreciation of the Harbor for future generations.