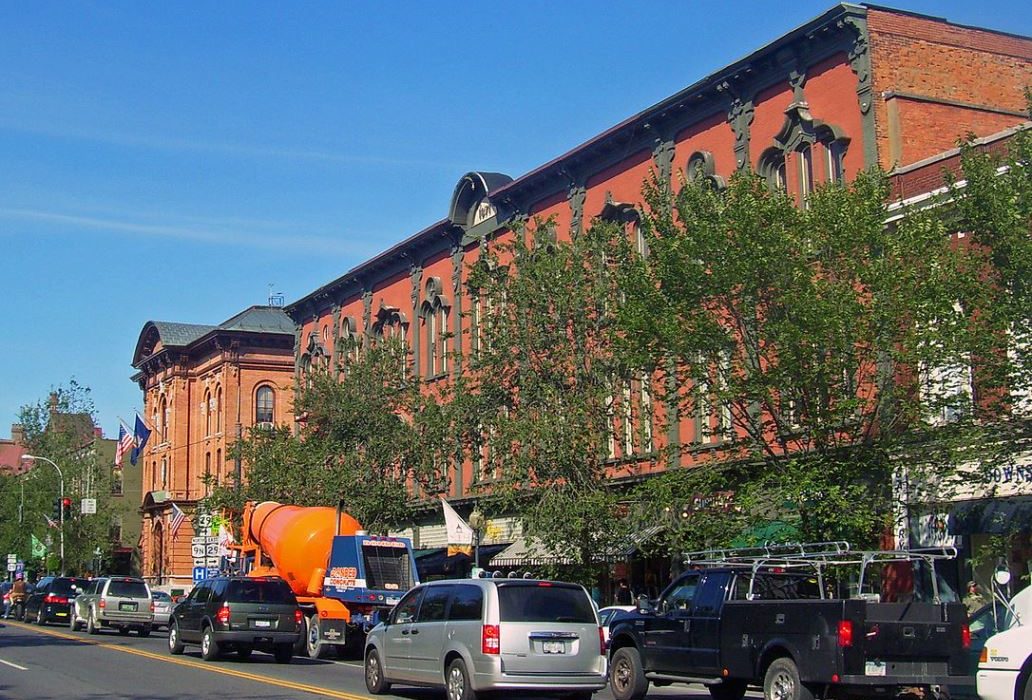 On March 26, 2018, Governor Andrew M. Cuomo announced that more than $11 million has been awarded to 10 Capital Region municipalities through Round 5 of the Restore New York Communities Initiative.

“Revitalizing these commercial and residential properties in this area is critical to attracting millennials to stay here,” Town of Hempstead Supervisor Laura Gillen said. “There’s no reason why this can’t be a thriving, thriving downtown in our transit-oriented development.”

“Downtown communities are vital to keeping our economies thriving and to attracting businesses and families to put down their roots in New York,” Governor Cuomo said. “The Restore New York Communities Initiative recognizes communities teeming with potential and invests in their transformation and their future, and turns them into neighborhoods New Yorkers are proud to call home.”

“Traveling across the State, I see the many buildings in communities that have great possibilities to be restored with the charm they once had,” said Lieutenant Governor Kathy Hochul. “With this Restore New York funding, we’re committed to ensuring that our localities have the resources they need to pursue new development projects and transform abandoned properties. The Restore New York initiative continues to work with local leaders and stakeholders to unleash the full potential of economic development opportunities across the State.”

Round 5 of the Restore New York Communities Initiative was enacted in the FY 2017 State Budget, and Empire State Development was designated to implement the program. Cities, towns and villages were all eligible to apply for support for projects that include demolition, deconstruction, rehabilitation or reconstruction of vacant, abandoned, condemned and surplus properties. Projects located in economically distressed communities were emphasized and encouraged.

ESD President, CEO & Commissioner Howard Zemsky said, “Restore New York partners with municipalities to back projects that can have a transformative impact on neighborhoods and downtowns throughout the state. With our support, cities and towns are tearing down vacant, blighted buildings and rehabilitating outdated structures to help revitalize their community and generate new economic opportunities.”

Assemblymember John T. McDonald III said, “Upstate New York and the Capital Region contain many relics of our rich industrial and manufacturing history. As industry has evolved, innovative thinking has inspired new useful purposes for these buildings that will add to the economic development of our communities; however, the costs associated with fulfilling these ideas can prove to be prohibitive. In recognition of these challenges, the Restore New York Program provides our municipalities the opportunity to bring life back to these buildings through revitalization and repurposing for uses that fit within the current needs. As a former Mayor of an upstate city and one who represents five cities rich with history and opportunity, I thank Governor Cuomo and Empire State Development for awarding the cities of Albany, Troy, and Cohoes funding for these important projects.”

Assemblymember Angelo Santabarbara said, “The Restore New York Initiative continues to support our ongoing efforts to lead community development and neighborhood revitalization. Here in the Capital Region, I know we have strong partnerships that are committed to smart growth. Identifying vacant and abandoned properties, and turning them into assets that reinvest in upstate communities is critically important to our success.”

Assemblymember Carrie Woerner said, “Revitalizing vacant and aging properties in our downtown neighborhoods is an exciting and meaningful way to generate economic development and job creation, and I thank Governor Cuomo for his shared interest in helping our communities reach their full potential. The Universal Preservation Hall is an invaluable historic asset to downtown Saratoga Springs, and this funding will provide critical support to preserve and restore a beloved landmark as an exciting new venue for the arts while respecting its heritage as a house of worship.”

Photo of the Broadway Historic District in Downtown Saratoga Springs by Daniel Case via Wikipedia.