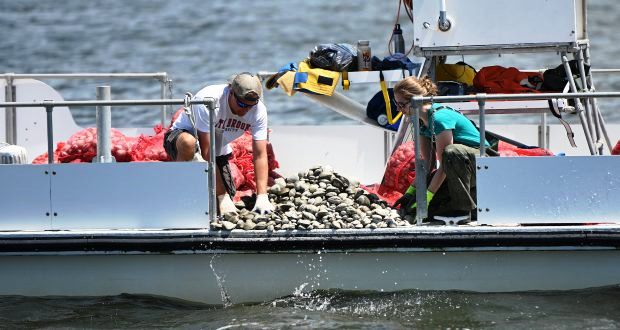 On June 6, 2019, the state of New York announced a significant milestone in the planned stocking of millions of native shellfish that are helping to restore critical marine environments, improve water quality, support the local fishing industry and build stronger coastlines.

Half of the approximately 1.6 million adult clams planned for the new Bellport Bay shellfish sanctuary have been stocked, and additional progress is being made in implementing the Governor’s $10.4 million shellfish restoration initiative that is benefiting Long Island’s coastal communities. The Long Island Shellfish Restoration Project was announced in 2017. 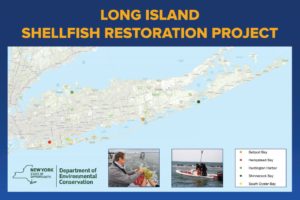 “This planet’s environment is in real trouble. We’re seeing it all across the state, all across the country and all across the globe: more flooding, more fires, more extremes in weather,” New York Governor Andrew M. Cuomo said.

“Some people turn a blind eye, but I believe you will never solve a problem you refuse to acknowledge. The harsh reality is climate change is real and it’s here, and this state is doing more than any other state in the nation to address climate change. Mother Nature had the best water filtration system, clams and oysters, but we wiped them out. We are now restoring that natural water filtration system, but we are doing it to a grander scale than ever before and it is going to make a difference,” he added.

Located on the south shore of Long Island in the town of Brookhaven, the sanctuary comprises approximately 141 acres of Bellport Bay for planting of juvenile and adult shellfish.