On December 18, 2018, over $763 million was awarded to New York communities to revitalize their economies and boost quality of life, via Round VIII of the Regional Economic Development Council initiative.

Established in 2011 as a centerpiece of New York Governor Andrew M. Cuomo‘s strategy to jumpstart the economy and create jobs, the Regional Councils replaced the state’s old top-down approach to community revitalization with one that is community-based and performance-driven.

The initiative empowers communities, business and academic leaders, as well as members of the public in each region of the state, to develop strategic plans specifically tailored to their region’s unique strengths and resources to create jobs, improve quality of life and grow the economy. 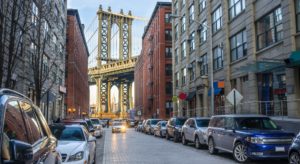 The Manhattan Bridge seen from Brooklyn.

“Over the last eight years, we have implemented a vision to move New York State’s economy forward by allowing communities to make strategic investments to help grow their local economies and re-energize and develop their unique regions,” Governor Cuomo said.

“Regional-based economic development is vital for maintaining New York’s thriving, prosperous economy. I congratulate all of the winners of this year’s REDC awards and look forward to working together to build a stronger New York for generations to come,” he concluded.

“By empowering the people who know their communities best, we have transformed the state’s economic development strategy into one that is not only successful, but is built to last,” added Lieutenant Governor Kathy Hochul, Chair of the Regional Economic Development Councils.

“Together, we’re restoring downtowns, supporting local businesses, and welcoming new residents and visitors. Through the REDC process, we’re advancing the strategic economic development plans of each region and supporting growth as part of the Downtown and Upstate Revitalization Initiatives. With a focus on workforce development and growth of high-tech industries, we’re adding new job opportunities and strengthening the economy of the entire State of New York,” she concluded.

The REDC process has transformed New York State government’s approach to economic development, creating a statewide framework for bottom-up, regional economic growth and streamlining the state funding application process. Since the initiative’s inception in 2011, over $6.1 billion has been awarded to more than 7,300 projects that are projected to create and retain more than 230,000 jobs statewide.

In this latest round, over $763 million in revitalization funding was awarded:

Empire State Development President, CEO & Commissioner Howard Zemsky explained, “Across the state, communities remain actively engaged in their own economic development strategies and, as a result, we are seeing economic growth and job creation. By empowering regions to create their own path to success, New York State is making smart, strategic investments that promote sustainable economic development.”

This spring, Governor Cuomo launched Round VIII of the REDC and the third round of the Downtown Revitalization Initiative. The $100 million Downtown Revitalization Initiative (DRI) is a comprehensive, community-driven effort to improve the urban vitality of city centers across New York State by investing $10 million in 10 municipalities statewide.

Earlier this year, after thoroughly evaluating each downtown’s potential for transformation, each of the REDCs recommended the top community plan in their region. To guide the use of the $10 million DRI awards, each municipality follows a Strategic Investment Plan, which identifies specific projects that align with a unique vision for revitalization of their downtown area.

During Round VIII, the Strategic Implementation Assessment Team (SIAT), which is composed of state agency commissioners and members of the New York State Legislature, traveled to Rome, Rochester and White Plains to receive presentations on this year’s proposals from each of the ten Regional Councils directly and assessed the implementation of the regions’ strategic plans.

In 2018, all 10 REDCs competed for designation as a “Top Performer.” Five Top Performers will receive up to $20 million in additional Empire State Development grant funding to support priority projects, with the remaining five regions receiving up to $10 million. Additionally, each region is eligible for up to $75 million in additional Excelsior Jobs Program tax credits to help attract and grow businesses in the region.

Highlights of the 1050+ projects receiving $763 million through this eighth round of the REDC competition:

After eight rounds of the Regional Economic Development Council competition: 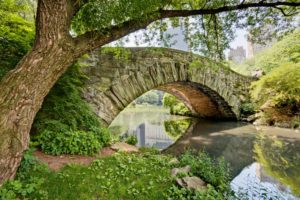 The Councils are public-private partnerships made up of local experts and stakeholders from business, academia, local government, and non-governmental organizations. The Regional Councils have redefined the way New York invests in jobs and economic growth by putting in place a community-based, bottom up approach and establishing a competitive process for State resources.

All three photos of New York City are via Adobe Stock.