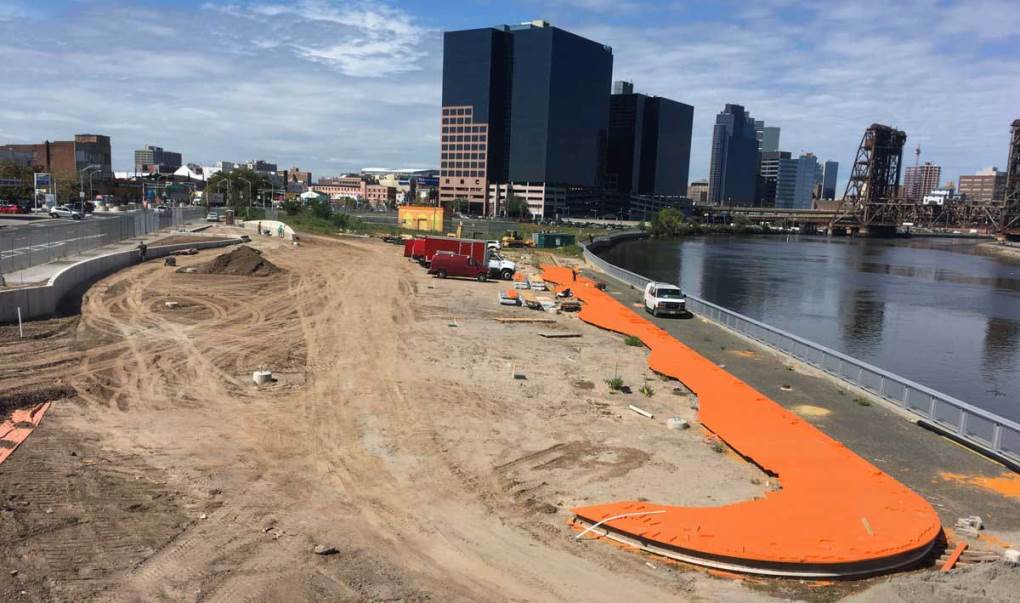 Over the course of a decade, Newark, New Jersey will have gone from having barely any public access to the city’s waterfront along the Passaic River to being home to a large swath of parkland with a variety of amenities for residents and visitors.

Construction is underway for the newest parts of Riverfront Park in New Jersey’s largest city. The park opened to the public five years ago, and is currently a 15.5-acre facility along Raymond Boulevard just east of the Jackson Street Bridge. 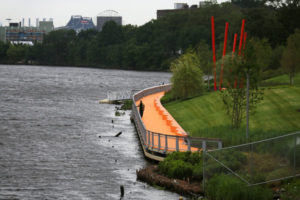 With playground equipment, a dock for boat tours, a boardwalk along the river, sports fields, and more, such a recreation area along the waterfront was unprecedented in the city when it opened.

The original section of Riverfront Park is a 15-acre stretch of land running along the Passaic River. Now, Riverfront Park is being expanded further upriver from the Ironbound neighborhood of Newark’s East Ward towards the downtown, and possibly beyond.

The City of Newark, Newark Community Economic Development Corporation, and Trust for Public Land selected James Corner Field Operations (JCFO) as the lead designer and landscape architect for this expansion of Riverfront Park.

JCFO is the same firm that designed the spectacular High Line Park in Manhattan, as well as Chicago’s Navy Pier and Cornell University’s newly-opened tech campus on Roosevelt Island in the East River of New York City.

The Park will be extended from its beginning on Raymond Boulevard and Brill Street, all the way up to Bridge Street, encompassing three of Newark’s five wards.

It’s an excellent example of the fast-growing 3Re Strategy (repurpose, renew, reconnect) at work, in which old industrial land is being repurposed and renewed in order to reconnect and revitalize a community.

Newark Riverfront Revival (NRR) is an initiative of the Newark Planning Office. It aims to connect every Newarker to their river. Since 2008, NRR has built support for Newark’s riverfront by taking hundreds of people on a boat and walking tours, hosting dozens of outreach events, organizing design education programs for youth, and staging a City Hall exhibition.

Since 2012, NRR has worked with Essex County, the City of Newark, The Trust for Public Land, Ironbound Community Corporation, Friends of Riverfront Park, Newark Community Economic Development Corporation (NCEDC) and other partners to build and program over 15 acres of riverfront parks, including a walking and biking trail, sports fields and courts, floating boat dock, riverfront boardwalk, playground and other settings for relaxation, picnics, exercise, and environmental education.

Newark Riverfront Revival has continued to build innovative public programs that focus on the areas of fitness, arts & culture, and education bringing over 20,000 people to Riverfront Park. The Park is currently under construction of its 3rd Phase of development with Trust for Public Land which includes the installation of lighting, an outdoor gym, and gaming tables along the interim path from Freeman to Fillmore Streets and further development under the Jackson Street Bridge to Madison Street.

Featured photo courtesy of the Trust For Public Land.