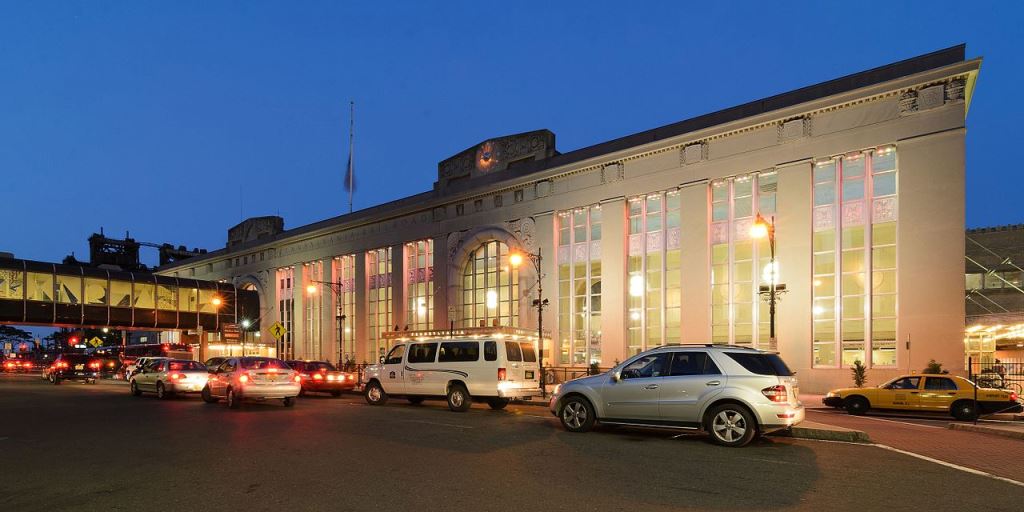 Over the past year or two, REVITALIZATION has featured several articles—most recently this one—about the grand renovation of New York City’s Penn Station. But many readers probably don’t know that another Penn Station is getting a huge makover, and it’s right across the Hudson River in Newark, New Jersey, just a 16-minute train ride away.

Opened during the Great Depression in 1935, Newark Penn Station is listed on both the State and National Registers of Historic Places. The station was originally designed and still operates as an intermodal facility serving pedestrian, taxi, bus and private vehicle traffic generated by the more than 50,000 transit customers who use the station each day.

Last year, Governor Phil Murphy announced a commitment of $190 million for its renovation and upgrades. 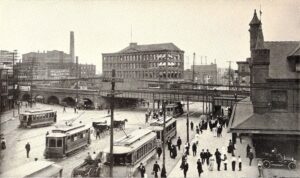 “We welcome Governor Murphy’s $190 million state-funded program to upgrade, renovate, rebuild, and remodel Newark Penn Station. This project is important for New Jersey as a whole, for our region, and for Newark particularly,” said Newark Mayor Ras Baraka.

“Newark is the largest city in the state and Penn Station is a major gateway for commerce, employment, and economic development. It is good news that this administration understands the importance of this and are committed to ensuring that this critical piece of infrastructure has significant investment,” he added.

The work is now underway, with $30 million in renovations and restorations, with additional upgrades scheduled over the next five years totaling $160 million. The upgrades will be funded by the State.

“Penn Station is a vital hub not just for those heading to New York City each day, but it is also a gateway to Newark and the resurgence that has taken place here over the past two decades,” said Governor Murphy. “We are thrilled to announce these renovations, which, when completed, will help restore this historic station to its former glory.”

The first phase of renovations will focus on aesthetics such as restoration of the classic benches in the waiting room, installation of brighter lighting, updating of the bathrooms, improved HVAC and air-handling, fresh paint and tile, and a deep clean of the limestone exterior to once again showcase the architecturally significant façade.

“There is no more iconic or well-traversed landmark in the state than Newark Penn Station and it is long past due that it receives the critical repairs and upgrades that are needed,” said Lt. Governor Sheila Oliver, who serves as Commissioner of the Department of Community Affairs.

“I am so pleased that Governor Murphy and NJ Transit are making this tremendous investment in our state’s infrastructure that will not only serve our commuters but also generate the type of economic revitalization that Newark and the surrounding communities require to thrive,” she added.

In the bus lanes, new lighting and improved drainage will improve the rider experience. And improved directional and way-finding signage will help make sense of this station’s labyrinth of platforms and hallways.

Newark Penn Station is the seventh busiest rail station in North America and one of the busiest stations in the region. The station is served by NJ TRANSIT commuter trains, the Newark Light Rail, the PATH, and Amtrak’s Northeast Corridor services. The station also serves as Newark’s main bus terminal.

“Newark Penn Station is one of the most important, if not the most important, train station in the state. It is also one of the first things many people see when they arrive in Newark,” said Senator Ronald Rice. “Newark has seen considerable improvements in recent years and another way we can continue its revitalization is through projects enhancing this station.”

Leaders from around the state applauded the renovation:

“Historic Newark Penn Station is one of our region’s busiest and most vital transportation hubs serving NJ TRANSIT rail, bus and light rail customers, as well as Amtrak and PATH,” said NJ DOT Commissioner and NJ TRANSIT Board Chair Diane Gutierrez-Scaccetti. “It deserves this significant investment to see its grandeur restored, and at the same time we’ll be improving the overall customer experience at the station.”

“We’re extremely grateful to Governor Murphy and Commissioner Gutierrez-Scaccetti for this generous financial commitment that will allow us to restore this historic station to its former glory,” said NJ TRANSIT President and CEO Kevin Corbett. “Consistent with the goals laid out in our recently released 10-Year Strategic Plan, NJT2030, this additional funding will allow us to perform the necessary work that will improve the travel experience for the thousands of customers who travel through Newark Penn Station every day.”

“After I secured $18 million in federal funding to improve Penn Station this year, I knew it would need state funding to provide safe and reliable transportation for millions of Americans in Newark and throughout the country,” said Congressman Donald M. Payne, Jr. “This additional $190 million for renovations and restorations will help the station survive the coronavirus global pandemic and improve the station for workers and commuters for years to come.”

“Newark Penn Station is a state and Northeast Corridor asset. It is one of the busiest rail stations in all of North America. New Jersey’s commitment to making this investment will benefit the country, the state, the greatest city, Newark, New Jersey but most importantly the commuters who use it as part of their daily lives,” said Senator Teresa Ruiz. “I commend Governor Murphy’s commitment to improve our infrastructure and I look forward to seeing the impact it has on our city and beyond.”

“I am elated to learn of the coming improvements to Newark Penn Station, one of the busiest transportation hubs in the country and a central source of transportation for many local residents,” said Senator Richard Codey. “These improvements will enhance the experience of each rider passing through this station. With all of the progress happening in Newark under Mayor Baraka, the city is on path to becoming the next Jersey City in ten years.”

“Convenience, comfort, safety and accessibility are key components of every modern transit hub. These planned upgrades will give Newark Penn a much-needed boost in all of these areas, aiming to improve the experience of visitors and commuters who use Newark Penn Station every day and usher the station into the 21st century,” said Assemblymembers Eliana Pintor-Marin, Shanique Speight, Mila Jasey, John McKeon, Ralph Caputo, Cleopatra Tucker, Tom Giblin, and Britnee Timberlake, in a joint statement. “An investment in our public transportation infrastructure is an investment in our economy and communities.”

“Newark Penn Station is a major transportation hub and its vitality directly influences the local economy in Newark and Essex County,” said Essex County Executive Joseph N. DiVincenzo, Jr. “The long- and short-term improvements to the station outlined by Governor Murphy will enhance travel for commuters and visitors by providing much needed upgrades to facilities and infrastructure.”

“Penn Station has always been a crown jewel and centerpiece of Newark and Essex County. Upon arrival, patrons of this historic terminal are within walking distance of attending major sporting events at the Prudential Center, taking in a memorable concert at New Jersey Performance Arts Center (NJ), or experiencing fine dining at the many restaurants of the Iron Bound Section,” said Essex County Board of Commissioners President Brendan Gill. “I am happy for Newark, and all of Essex County, that significant renovations will beginning in the short term, and equally pleased with the financial commitment by the state to continue the refurbishments over the next five years.”

“This is a 90 year old rail station, and this further shows the Commissioner that this Governor has to addressing infrastructure issues in the State of New Jersey,” said General Chairman of SMART-TD Local 60 Jerome Johnson. “He has committed himself to the Portal Bridge, to the Portal Bridge South, which is going to open up the railways for more commuters once we get past this pandemic. Newark Penn Station, with the Governor’s leadership, along with the Mayor, helping revitalize the Newark renaissance is just another part of the conclusion of making this a better place.”

“We welcome and appreciate this significant investment by the state in Newark Penn Station,” said Charles Lowrey, Chairman and CEO of Prudential Financial, which has maintained its headquarters in the city since the company’s founding in 1875. “The state’s commitment, combined with other investments and initiatives in partnership with the city, will contribute to Newark’s ongoing revitalization and help highlight its many and substantive strengths.”

Longer-term enhancements will focus on improving the station’s openness, light, and overall commuter and visitor experience. A future goal is to make Newark Penn Station more of a destination, with added dining and shopping in the concourse.

Featured photo is by King of Hearts / Wikimedia Commons / CC-BY-SA-3.0.