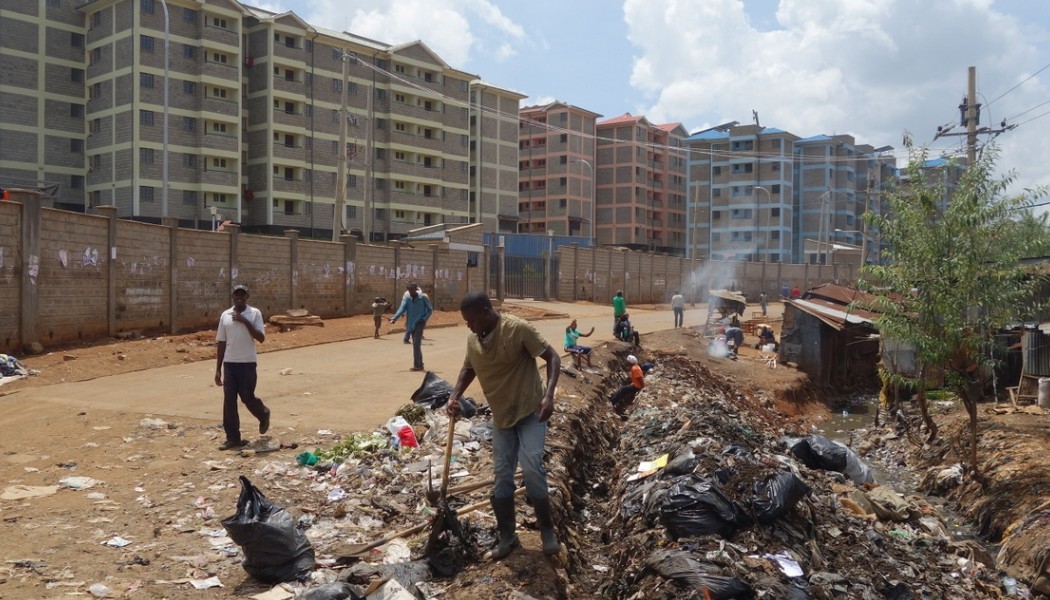 Kibera has long been the African poster child of slums, a household name that conjures images of overcrowded shacks, poor sanitation, and grinding poverty. Municipal officials here in Kenya’s capital traditionally have ignored the community even though its roughly 800,000 residents account for about one-fifth of Nairobi’s population.

Visitors today might be surprised by some of what they encounter, however, at least in one corner of Kibera known as Soweto East. A nicely paved road lined by neat vendors’ stalls leads to a cluster of new six-storey apartment buildings with balconies, indoor plumbing and electricity. Further along, a community resource center includes a computer lab and a medical clinic with a video link to a major Nairobi hospital where specialists are on call.

The plan was to replace the existing shacks with modern high rises, but to do it in a way that gave residents a fair chance to move into the new units and own them. Before any slum housing was demolished, residents were issued ID cards to establish their right to live first in transitional housing, and eventually in the new towers that would rise where their old dwellings stood.

Ghana is another country that has followed and finalized a framework for a national slum upgrading program with a priority focus on Accra, the capital.

Additionally, the government of Niger has established a US$3 million budget line for informal upgrading.

Under the banner of UN-Habitat’s Participatory Slum Upgrading Programme, 25 sub-Saharan African countries are finally recognizing the importance of providing safe, decent living conditions to all their citizens.