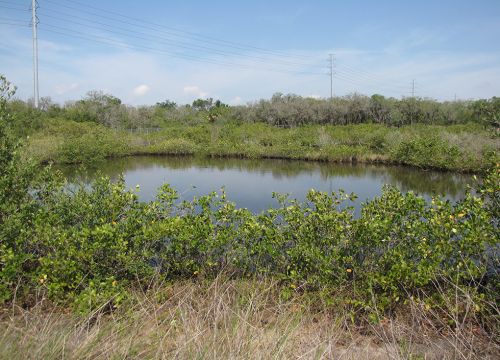 How do you return a dumpsite to a natural area with productive wetlands? With the hard work of scientists, plus federal and state officials.

The Raleigh Street Dump Site is located in an industrial area of Tampa, Florida east of McKay Bay. The low-lying land was once pocked with sinkholes and littered with battery casings, furnace slag, trash, and construction debris dumped at the site from 1977 to 1991.

From the mid-1970s until 1991, dumping took place on the ten-acre site located along the East Bay Channel of Tampa Bay near the Port of Tampa. A significant volume of waste such as battery casings, tires, and construction debris from unknown parties compromised the wetland area. By 2009, the level of pollution was dire enough to land it on the U.S. Environmental Protection Agency’s National Priorities List, slating it for cleanup under the Superfund law. Years of illegal dumping had left the area filled with contaminated soil, sediment, and groundwater.

EPA investigations at the site found a number of chemical contaminants posing an unacceptable risk to human health and the environment, including oil-related compounds and heavy metals such as antimony, arsenic, and lead.

In 2013, more than 33,000 tons of soil, debris and sediment were excavated, removed and disposed of off-site by CSX/ALI and their contractor. Additionally, they recycled over 40 tons of illegally dumped and used tires during cleanup efforts. Also, in addition to the upland portion of the site, the restoration efforts ultimately resulted in the restoration of 2.6 acres of wetlands, more than doubling the wetland area existing prior to the cleanup.

NOAA has worked closely with EPA over the years to ensure the cleanup at Raleigh Street Dump Site was protective of the environment. By the end, restoration actually resulted in an increase of wetland area at the site, more than doubling it to 2.6 acres.

The restoration work done at the Raleigh Street site is part of a larger overall conservation effort in a region that for decades had been experiencing environmental decline.

In April of 2017, the U.S. Environmental Protection Agency Region 4 presented the Excellence in Site Re-Use Award. The ceremony included recognition of NOAA’s scientific work over the years on the cleanup and restoration.