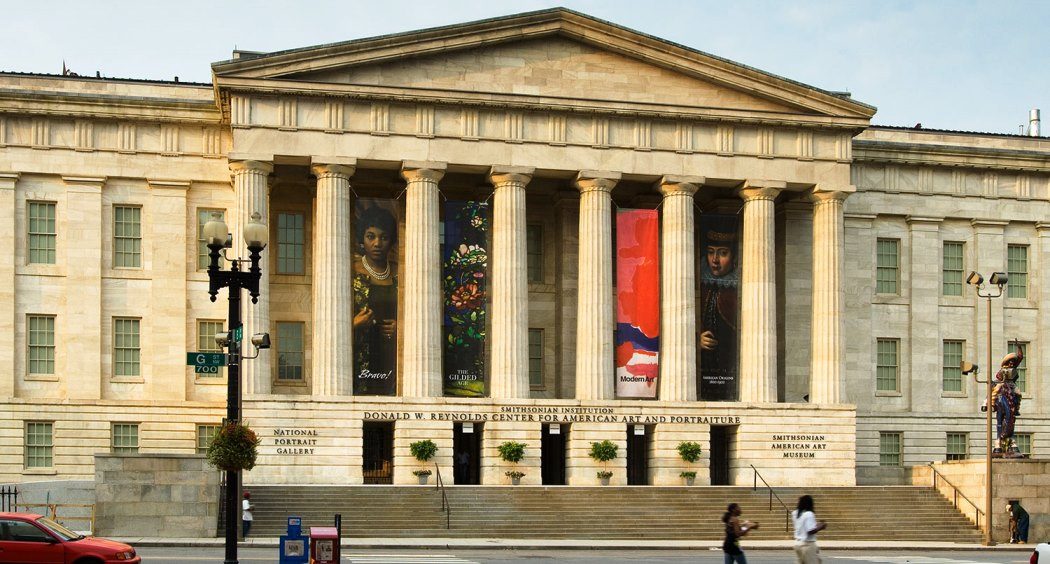 In 2006, historian Charles J. Robertson said it was “an expression of America’s creative genius and technical superiority.” 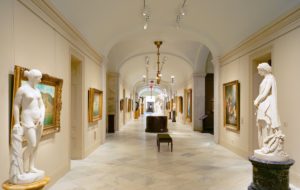 Built in the 1830s, and taking up an entire block at the corner of 8th and F Streets NW, the structure has been renovated and repurposed more than a few times in its life.

Besides being the U.S. Patent Office, it also served as Department of the Interior and Civil Service Commission headquarters. During the Civil War, it–like so many other buildings–served as a hospital for the wounded.

The Patent Office Building was completed in stages, principally by Robert Mills and Thomas U. Walter. Its first renovation was by Aldoph Cluss in the 1880s. 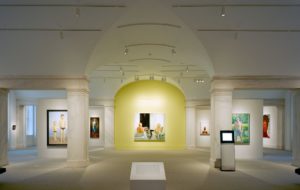 As one of the most important Greek Revival buildings in America, it’s a National Historic Landmark, and currently houses the Smithsonian American Art Museum and National Portrait Gallery.

Now, in its current incarnation as the Smithsonian‘s Donald W. Reynolds Center for American Art and Portraiture, it’s considered Washington’s best Neoclassical museum. It’s even better today, thanks to a gorgeous $300-million, 13-year restoration and renovation by locally-based Hartman-Cox Architects.

Having undergone several renovations during the 20th century, much of the original beauty of the building had become concealed by layers of floor coverings, dropped ceilings, and partitions. 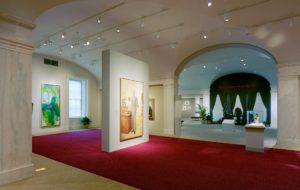 The building required adaptive reuse of the space, reorganization of the program, removal of all non-contributing architectural elements and conceptual restructuring of the building’s mechanical, electrical, telecommunications, security and fire alarm delivery systems.

The scope of the project included restoration of the stone facades, copper roof and skylights, more than 550 windows, interior stone, wood and encaustic tile and plastered masonry vaults. 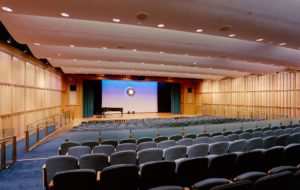 Altogether, Hartman-Cox Architects coordinated the talents and expertise of architects, engineers, and designers from over a dozen consulting firms.

They represented over twenty different design disciplines to prepare contract documents for four different prime construction contracts for the construction and renovation of over 380,000 gross square feet of space totaling 283 million dollars in cost.

All photos courtesy of Hartman-Cox Architects.