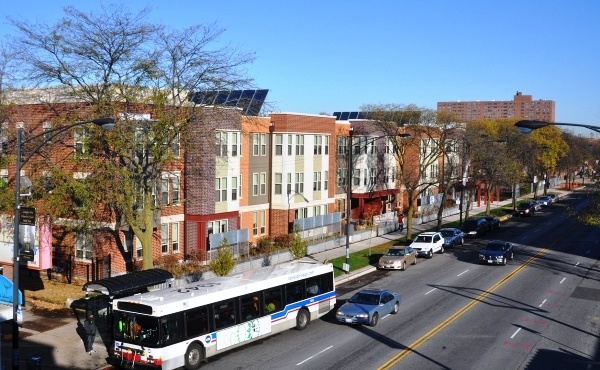 On March 3, 2022, a new study documented that more than a decade of investment in the Woodlawn neighborhood of Chicago, Illinois by Preservation of Affordable Housing (POAH)—a mission-driven nonprofit developer—had attracted over $400 million in federal, state, and city funding, plus additional resources from various private and nonprofit partners. 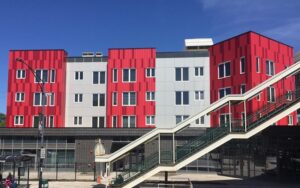 The study revealed other revitalizing neighborhood outcomes as well, such as greater racial and income diversity.

The study brief, titled From the Ground Up: Housing as a Catalyst for Community-Driven Redevelopment of Chicago’s Majority-Black Woodlawn Neighborhood, was written by researchers Dr. Amy Khare and Dr. Alex Curley of Case Western Reserve University (CWRU), along with Dr. April Jackson of the University of Illinois-Chicago.

It focuses on household outcomes, neighborhood revitalization, and investment trends in Woodlawn.

Key findings of the study reveal that:

Both the study and a companion brief are anchored in 2011, when HUD awarded one of its initial Choice Neighborhoods Initiative grants to POAH and the City of Chicago in the amount of $30.5 million, kickstarting a neighborhood revitalization effort centered on the redevelopment of a blighted 504-unit affordable property (Grove Parc Plaza) in the heart of Woodlawn.

“Over the course of the past two decades, the Woodlawn community stands out in comparison to most south and west side Chicago neighborhoods in that it has attracted financial resources and policy innovation focused on equitable development,” explained Tony Smith, Senior Vice President, Community Development Banking at PNC Bank, which has been an active lender to Woodlawn developments.

“Building on the example of POAH, we have an opportunity to end the equation of development and the displacement of low-income residents. Our goal is to ensure that they can benefit from the change and ultimately transfer wealth to the next generation. We believe that these new ideas and bold experimentation are critical enablers of social change,” he added.

From that, POAH and the City leveraged more than $400 million from nearly 30 sources to build housing and bring amenities to the neighborhood. For example, POAH built the Woodlawn Resource Center, an 8,000 square foot community space for employment and financial supports for Woodlawn residents; attracted a new Jewel-Osco supermarket; and supported the development of MetroSquash, a sports and education center.

While the housing developments helped attract businesses to the area, POAH strategically invested in retaining and attracting Black entrepreneurs to build local wealth. Another cornerstone of this effort – and a key lesson for practitioners – was a strategy to build community consensus at the resident and block-club levels, even among stakeholders initially opposed to POAH’s plans. By hiring an outreach point person and through quality development and property management, POAH built a broad base of neighborhood support.

According to Khare, the lead author and research director of the National Initiative on Mixed-Income Communities at CWRU, “The work undertaken by POAH, and its partners is a unique example since it illuminates how community reinvestment in majority-Black spaces can produce meaningful change that benefits existing residents.”

“Woodlawn’s trajectory is relevant for many neighborhoods across Chicago and throughout the United States where movements to achieve economic, housing, and social justice seek to rectify the hardships caused by anti-Black racism, disinvestment, and exclusion by government and private entities over past decades. There is hope for racially equitable development,” she continued.

Building on the lessons of Woodlawn, Khare and her fellow researcher Dr. April Jackson counsel that as was done with the Choice Neighborhoods Program in Woodlawn, federal funding should be place-based and incentivize concomitant investment from non-governmental entities for housing, commercial and institutional developments while state and federal funding should be used to guarantee affordability and encourage local ownership of homes and businesses to increase individual family and community wealth.

See From the Ground Up brief (PDF).