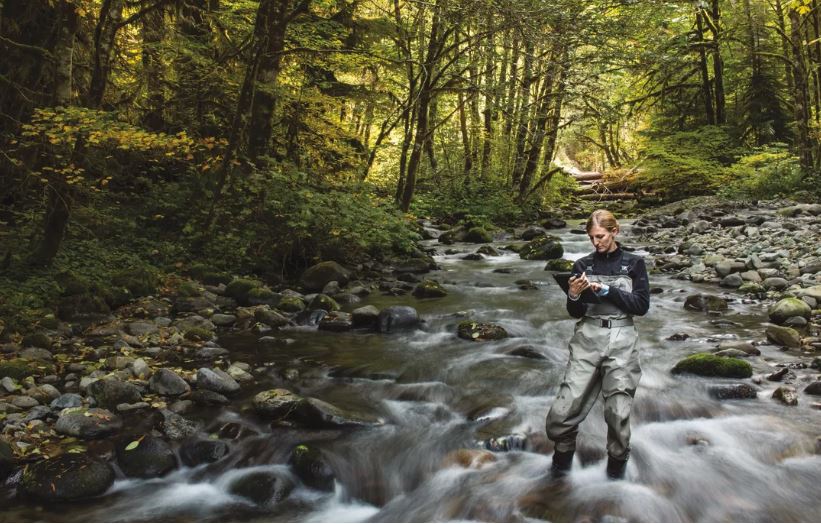 On August 8, 2018, Pacific Power Blue Sky Habitat customers, together with The Freshwater Trust (TFT), announced an award of $145,000 to help fund five river restoration projects throughout the state of Oregon.

The Freshwater Trust is a nonprofit freshwater conservation and restoration organization with a mission to preserve and restore freshwater ecosystems. The 501(c)(3) organization has offices in Oregon, Idaho and California.

Pacific Power, which serves communities throughout Oregon, helps customers improve the natural environment via its Blue Sky renewable energy program. This includes the Blue Sky Habitat option, which allows residential and small business customers in Oregon to support renewable energy equal to their monthly electricity use, and make a donation to restore and preserve habitat for Oregon native fish – all through their electric bill each month.

The monthly donations from Pacific Power customers are pooled, then passed to TFT, which administers the grants. “Thanks to the generosity of Pacific Power customers throughout the state, we’re able to support worthy projects that benefit Chinook, coho, lamprey, steelhead and more,” said Jeff Fisher, habitat monitoring coordinator with TFT.

The funding for 2018 will support the North Coast Watershed Association, Rogue River Watershed Council, Lomakatsi Restoration Project, and TFT, which are working on restoration projects in the Rogue, Sandy and John Day basins.

The projects will restore fish passage and side channels, remove invasive plants, plant native trees and shrubs, and build large wood structures in the following ways:

In partnership with TFT, Blue Sky Habitat projects have helped aid the restoration of approximately 157 river miles in 13 counties that Pacific Power services in Oregon.

These river miles now have the benefit of clear fish passage, native plantings along the river’s edge, and structures that create habitat and activate breeding grounds for fish and other aquatic organisms. In addition to benefiting river ecology, these Blue Sky projects have also involved the local community through volunteerism and youth education.

“Our work with The Freshwater Trust helps funds from Blue Sky Habitat customers connect directly to Oregon’s most trusted restoration organizations,” said Berit Kling, program manager with Pacific Power. “This is crucial to ensuring real impact both now and in the future.”

Pacific Power first partnered with TFT in 2011. The Blue Sky Habitat option has existed for 16 years and currently boasts more than 5,500 participants.

“So many hands touch Blue Sky projects – from the thousands of individuals who decide they want to invest in the future of the freshwater ecosystems in Oregon all the way to the individual restoration professionals on the ground who help to see that commitment through to fruition,” said Fisher. “It’s a unique and powerful example of collaboration.”

Photo courtesy of The Freshwater Trust.