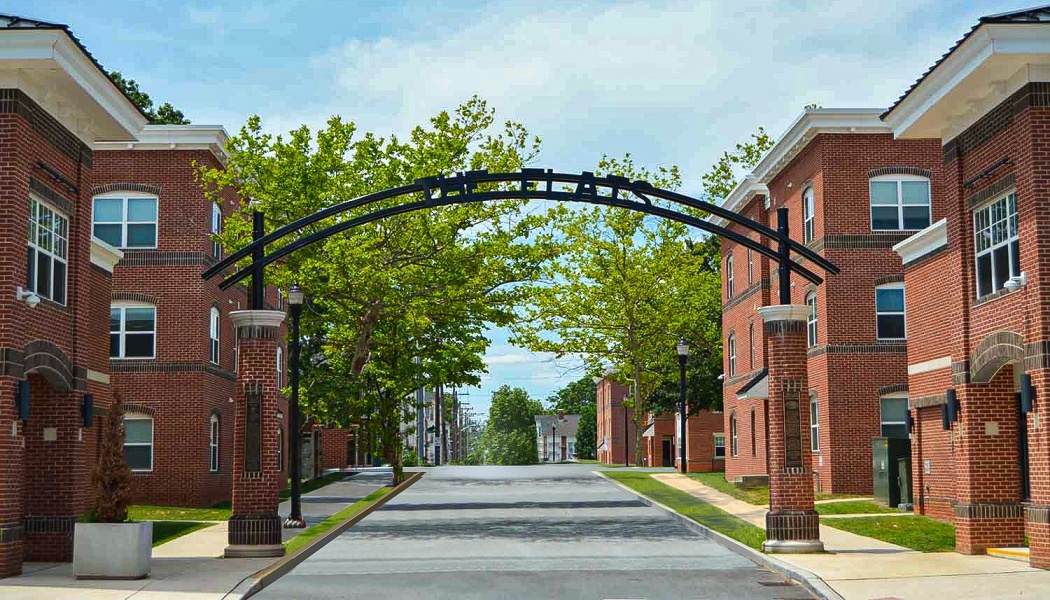 On December 29, 2022, Wilmington, Delaware Mayor Mike Purzycki joined Rich Przywara, CEO of Woodlawn Trustees, in the cutting of a ribbon at 718 East 11th Street in Wilmington.

It was part of the City’s historic Neighborhood Revitalization Plan that was announced earlier in 2022. 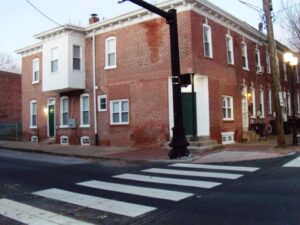 The home has a living room, dining room, kitchen, three bedrooms, and one bath with laundry facilities and a backyard deck.

The renovations were completed by the Facilities staff of Woodlawn Trustees, and TAG Construction, a minority-owned contractor. 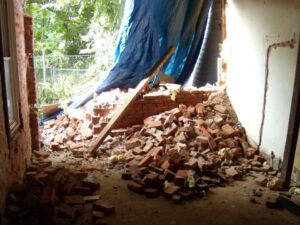 Under the grant announcement, Woodlawn Trustees will renovate 20 vacant homes to provide housing for individuals and families at 80% of the area medium income.

This home represents 50% of the project total has been reached.

Woodlawn Trustees has been a provider of affordable rental housing in Wilmington since the early 1900’s; with housing at the Flats on Union Street (in the featured photo), and over 100 units on the East Side of Wilmington.

In 1902, the founders recognized the need for housing and began developing one, two, and three-bedroom rental units in Wilmington between Union Street and the B&O Railroad, from 4th Street to 7th Street.

They built twenty rows of houses over a 10-year period, providing housing for 390 families. Through the years, they added units that brought the number of families served to 473. This additional development extended the “Flats” to 9th Street.

These rental units not only provided homes with reasonable rent, but also brought true innovation to housing. Most housing construction at the time was for owner-occupied, single-family houses.

Woodlawn’s focus on neighborhood-based rental housing with affordable rents was unusual, and a welcome development for the community.

The homes featured desirable amenities such as modern utilities as well as front yards and backyards, creating a nearby repair shop to respond to residents’ maintenance needs.

Woodlawn offers houses and apartments on both the West and East Sides of the City of Wilmington. Their units are designed to provide comfort and exceptional value, and they are professionally managed and maintained by Woodlawn’s staff. The units have one, two, or three bedrooms and vary in layout and size. 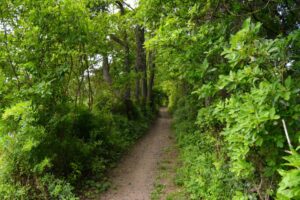 Woodlawn Trustees also helps revitalize neighborhoods by expanding the renovating greenspace. They created a five-acre park and playground along 4th and Ferris Streets for recreation.

This “Flats” neighborhood, brought to life by William Bancroft’s vision, was completed by 1941. Woodlawn has owned and managed the Flats since they were built. Our goal has been to create homes and communities that bring residents comfort and security.

Their mission stems from the belief of our founder, William Bancroft, that everyone deserves a safe, comfortable place to call home.

They carried this key element of our mission from the past to the present, and we are committed to bringing it into the future.

Over the years, they have owned, operated, maintained, and upgraded Woodlawn Trustees’ housing, and their properties remain popular and affordable.

Their housing is conveniently located within minutes of city parks, medical services, bus lines, and recreation. Many are on tree-lined streets near neighborhood parks, most of which were envisioned and carefully planned by Woodlawn’s founder, William Bancroft.

All photos courtesy of Woodlawn Trustees.