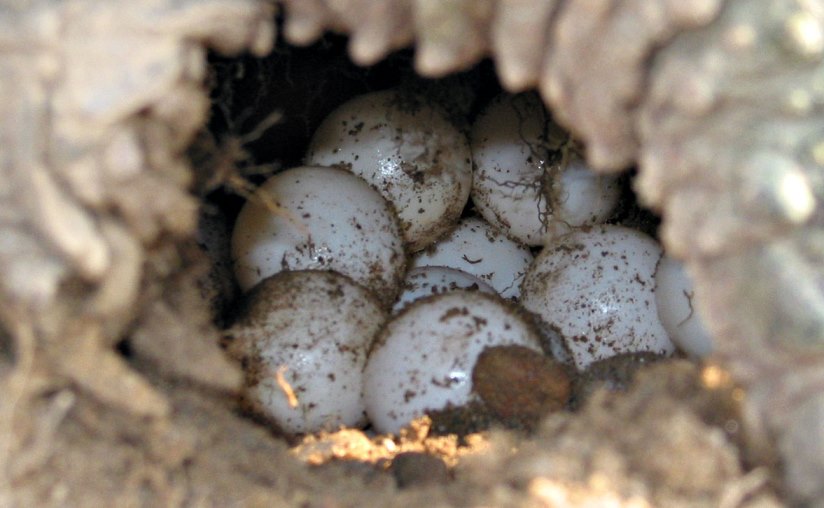 A collaboration between a nonprofit group and forest preserve scientists aims to boost the area turtle population, while also benefiting bats, osprey and riverbank habitats throughout the Chicago, Illinois region.

While projects to help native species have been ongoing for decades, an effort led by Friends of the Chicago River has led to immediate improvements in turtle nesting areas in Cook County‘s wetlands and woods.

Many native wetland plants have hard-capsule seeds that can rest in the ground for 40 to 80 years, waiting for the appropriate time to grow. “That’s the beautiful thing about the wetlands,” Anchor said.

Friends’ work spans the entire 156-mile Chicago River system and its surrounding watershed. They focus on a greener river with healthy habitat, an accessible river that people can use and enjoy, and a river cared for by a broad group of supporters.

Chris Anchor, a wildlife biologist with the Forest Preserves of Cook County, has worked with the forest preserve since 1981, said this was a rare example of an organization following through on its idea, bringing muscle to the project in the form of dollars and manpower. “This,” he said, “is how it should work.”

Anchor said the restoration efforts at Chipilly Woods reaped nearly immediate dividends. Using a pair of turtle-tracking devices, Anchor discovered two female snapping turtles that had been laying eggs along Dundee Road quickly found the newly cleared native habitat in the woods and safely made nests. “The response was immediate,” Anchor said. “It was fantastic.”

Photo of snapping turtle eggs by Moondigger via Wikipedia.