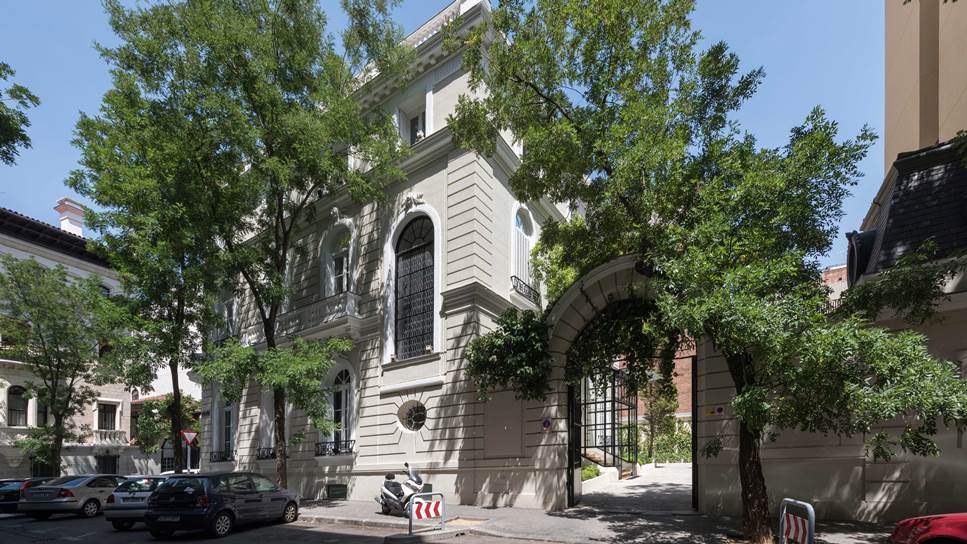 The Norman Foster Foundation promotes interdisciplinary thinking and research to help new generations of architects, designers and urbanists to anticipate the future. 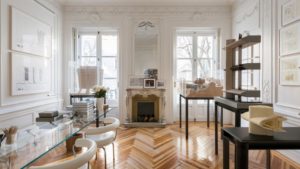 Opening in June of 2017, the foundation’s new headquarters is in a renovated and repurposed historic palace designed by the celebrated architect Joaquín de Saldaña in 1912 for the Duke of Plasencia.

Its handsomely proportioned spaces enabled it to serve as the Embassy of Turkey for fifty years since the nineteen thirties, and more recently as the headquarters of a major Spanish bank.

The Foundation has undertaken a significant refurbishment to return the palace to its original glory. The many rooms spread over four levels create a good mixture of gallery and study spaces.

The foundation believes in the importance of connecting architecture, design, technology and the arts to better serve society and in the value of a holistic education that encourages experimentation through research and projects. The Norman Foster Foundation is based in Madrid, and operates globally.

Norman Foster explains: “The seeds for these ideals to come to life and eventually for the Foundation’s birth were first sown in 1999 when I received the Pritzker Prize for Architecture at a ceremony in Berlin and with it a sum of one hundred thousand dollars. My wife Elena reminded me of the value of my travels in Europe whilst at university, which were made possible by my winning student prizes. She suggested that we use the Pritzker funds to start a Foundation with a programme to award travelling scholarships to architecture students from around the world.

This scheme was established in collaboration with the Royal Institute of British Architects with its more than one hundred affiliated Schools of Architecture in nearly thirty countries on five continents. The programme of the London-based Foundation is ongoing and has proved to be a great success.

However, it convinced us that a more influential Foundation needed a physical presence to communicate with a wider audience. It required spaces for a study centre to receive students and graduates, to provide a home for an ever growing personal archive that documented the ideas behind the Foundation, and gallery spaces to show concepts, films and projects.

This led to the search for a building or a site on which to create one or, ideally, a combination of both. We engaged agents and explored places as far apart as Manhattan, Brooklyn, London’s East End and Battersea, Berlin and Madrid. We even considered more remote rural retreats, mindful of models such as the Black Mountain College in North Carolina, The Judd Foundation in Texas and The Rocky Mountain Institute in Colorado.

Out of this process of examining multiple possibilities, the eventual decision was made to base the Foundation’s headquarters in Madrid, a vibrant city with strong professional and cultural links with our family and with excellent connections and possibilities for a Foundation separate from London but with a global outreach.

We found a heritage-listed Palace designed by Joaquín Saldaña in 1912 for the Duke of Plasencia. We have undertaken a major building programme to restore the interior spaces to their former glory. The Palace is set in its own grounds on Calle Monte Esquinza in an area noted for its embassies, institutions and other cultural foundations. It is from this promising location that we will look to develop meaningful and urgent work on some key areas related to our shared living environment.”