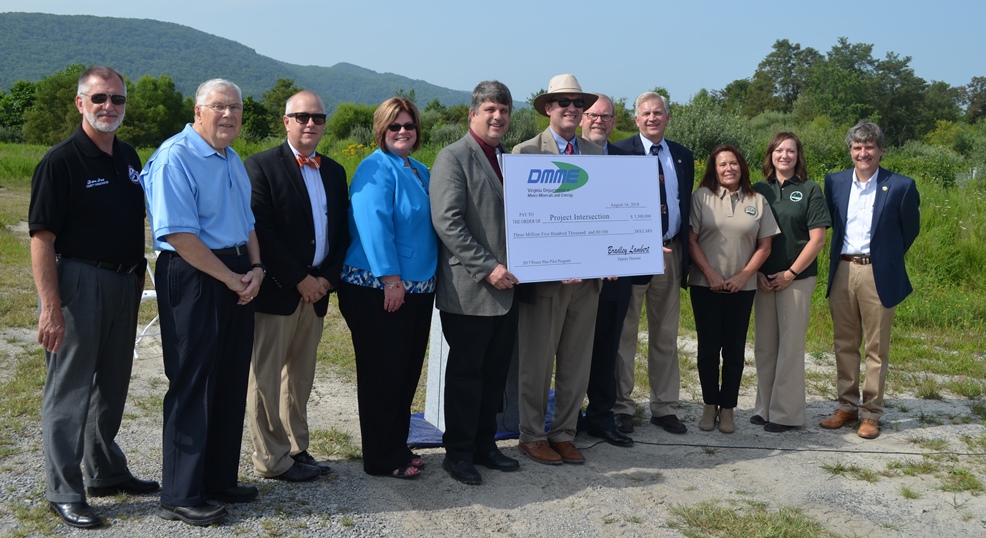 On August 16, 2018 in Norton, Virginia, the Norton Industrial Development Authority received $3.5 million to turn an abandoned mine into new jobs that will help revitalize the community. Norton has been struggling, primarily due to the decline of the coal mining industry.

The closed mine site is ranked as the top for potential economic development in three southwest Virginia counties. It will now be developed for future industry thanks to a grant of $3.5 million from a Virginia Department of Mines, Minerals and Energy (DMME) Pilot Program.

DMME received $10 million from the U.S. Department of Treasury to create the Pilot Program, which helps identify abandoned mine land sites that could be reclaimed to boost the economy of the southwest region of Virginia.

The grant will be used to turn 200 acres of an historic mine into flat, redevelopable land that could bring in new business and jobs. A very unstable high wall will be removed in the process.

“This project has great potential for quite the economic boost in the coalfields,” said DMME Deputy Director Butch Lambert. “Removing the highwall left behind from historic mining automatically increases the value on this land. Our agency is excited to see what the future may hold once this site is developed.”

“The member localities of the Lonesome Pine Regional Industrial Facilities Authority (LPRIFA) have worked tirelessly to foster projects with regional participation and significance,” said LPRIFA Chairman John Kilgore. “Project Intersection is one of these projects that will be a partnership project providing regional benefit for all of Southwest Virginia.”

Project Intersection was one of 15 proposals submitted to the Virginia Department of Mines, Minerals and Energy (DMME). The agency reviewed proposals for eligibility and then took them before an advisory council made up of people involved in local economic development. The council chose six projects to go to the Office of Surface Mining (OSM) for approval. 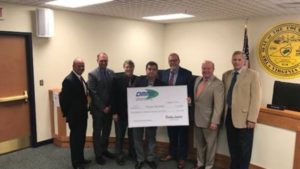 A week later, one of the other winners was announced: over $3 million will be coming to the town of Lebanon in Russell County to create an industrial site on another abandoned mining site. Rep. Morgan Griffith and officials with DMME joined in Lebanon on August 21 to make the announcement.

“Today’s announcement highlights how reclaiming abandoned mine land can provide a boost to our economy,” Griffith said. “Over $3 million will be provided to ready a site for industrial use adjacent to additional sites being prepared for industrial use. The project will create jobs and lead to new economic activity in Russell County. I am glad to see the funding I fought for in the House of Representatives go to this worthy project.”

The Pilot Program originated in a federal omnibus bill in 2017. DMME will receive another $10 million this year for more economic development projects on abandoned mine lands. The agency will receive proposals through October 31st.

Photos of state and local officials receiving ceremonial checks courtesy of the Commonwealth of Virginia.