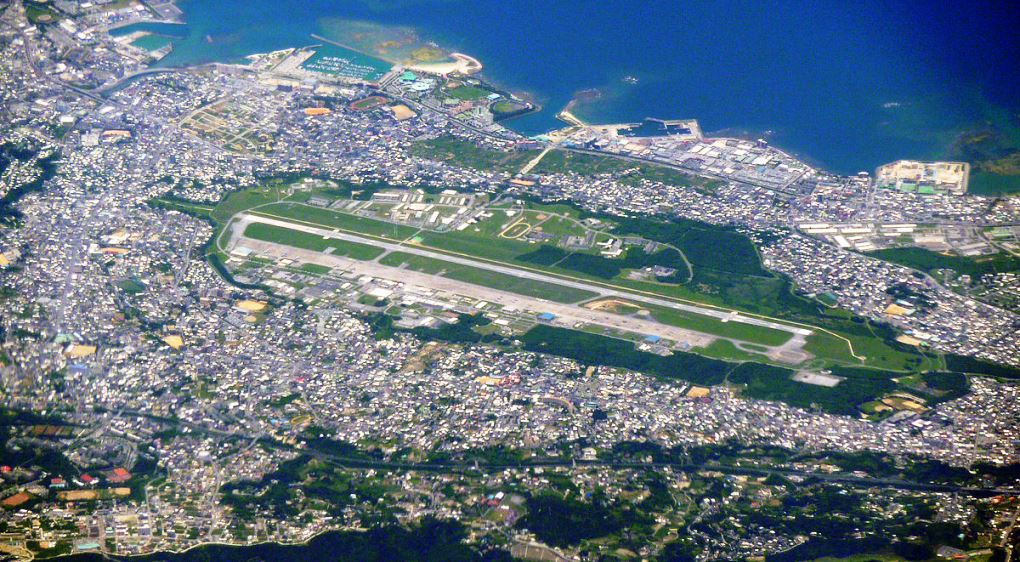 Long-time REVITALIZATION readers, and the readers of Storm Cunningham‘s books, are no strangers to the redevelopment of shuttered military bases. The decades-long BRAC (Base Realignment and Closure) program in the United States is the most prominent example.

The transfer of these federal properties to local municipalities is often a revitalizing windfall for the communities, but only if redeveloped strategically. The successful reuse of defunct bases often follows the 3Re Strategy (repurpose, renew, reconnect).

The first step is to find a viable new purpose for the property; that new use produces the funding needed for the second step. The second step is to renew that property: military bases are usually extremely toxic, especially in the motor pool areas. The final step is to reconnect the formerly-closed-off property to the community that surrounds or abuts it.

But it’s not just closed bases that need revitalization. Just like cities, active military installations suffer from deterioration over time, especially when periods of tight budgets result in deferred maintenance. We thought you might be interested to see what such a process involves, with this example of renovating a 67-year-old Marine Corps Air Station in Okinawa, Japan.

MCAS Futenma & town of Ginowan, Okinawa.Photo by Superkumaji via Wikipedia.

On December 27, 2017, leaders from both the local community and the Marine Corps Air Station Futenma (MCAS Futenma) held a ribbon-cutting ceremony in honor of the completion of work resulting in the station’s ability to once again support fixed-wing aircraft operations. This benchmark came after a year of revitalization efforts.

Due to its location in the region, MCAS Futenma has been a key installation in supporting regional security in the Indo Asia Pacific since 1945. MCAS Futenma is home to approximately 3,000 Marines of the 1st Marine Aircraft Wing and other units, and has been a U.S. military airbase since the defeat of the Japanese Imperial Army in the Battle of Okinawa in 1945. Marine Corps pilots and aircrew are assigned to the base for training and providing air support to other land and sea-based Marines in Okinawa and throughout the Asia-Pacific region. MCAS Futenma is part of the Marine Corps Installations Pacific command.

MCAS Futenma is situated in Ginowan City (pop. 93,661). The base includes a 2,740 by 45 m (8,990 by 148 ft) runway, as well as extensive barracks, administrative and logistical facilities. The air station is tasked with operating a variety of fixed wing, rotary wing and tilt rotor aircraft in support of the III Marine Expeditionary Force, the Japan U.S. defense alliance, and many allies and treaty partners in the region. The base is also used as a United Nations air distribution hub facility for response to disaster or other crisis requiring air supplies due to the length of the runway and elevation. 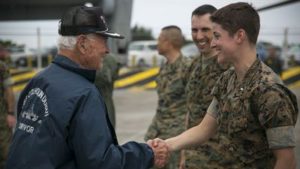 The current revitalization (defined in the military as “a return to prior operational capabilities”) ensures the readiness of MCIPAC’s network of air stations throughout the region.

The ability to launch aircraft allows greater flexibility for operational assets on island toward saving lives and preserving regional peace, stability and security. MCAS Futenma was the hub for air operations during Operation Tomadachi in 2011 and humanitarian assistance efforts during the Kumamoto earthquake in 2016.

In January 2017, MCAS Futenma began a crucial three-phase project to revitalize outdated equipment and infrastructure necessary to ensure the sustainment of safe training and operational capabilities related to flights.

MCAS Futenma’s infrastructure was last updated in the early 1970s, and was once again due for extensive renovation. In order to maintain the air station’s operations during revitalization efforts, the project was split into phases. “Three phases is the best way to do air field repair because you can continue to fly,” said Harold Treadway, the airfield manager of MCAS Futenma. 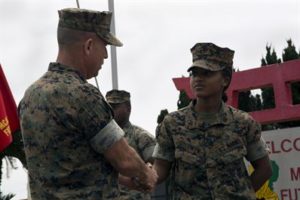 The new conduit and wiring underneath the airfield and lighting makes it safer to land and gives military pilots and aircraft better support capabilities during bad weather, which is a common occurrence in Okinawa.

MCAS Futenma also repaired the shoulders of the runway and taxiway. This DON and FAA requirement creates a safety zone on the side of the runway to prevent sand, grass or other types of foreign objects that present a hazard to aircraft on the runway, making landing planes safer for military pilots and in turn the local community.

The taxiway drainage pipes and sanitary sewer lines were also in need of repair. Flooding would cause asphalt damage and lead to flight delays for extended periods of time. After various tests, pipes were repaired to ensure the current drainage and sewer are safe and efficient. While phase two has been completed, phase three of revitalizing MCAS Futenma’s airfield is scheduled for 2018.

“We are mid-stride in the revitalization, there is still a lot of work to be had here,” said Colonel Mark Coppess, commanding officer of MCAS Futenma. “With the airfield repaired and brought back to standard, III Marine Expeditionary Force is better positioned to rapidly respond to emerging crises throughout the Asia Pacific. In addition, as a key part of network of bases throughout the region, MCAS Futenma provides opportunities, not just for military air craft but also for civilian aircraft coming in and out of Naha that require an emergency alternative airfield.”

Featured photo by Sonata via Wikipedia.