On January 2, 2018, in New York Governor Andrew M. Cuomo‘s 2018 State of the State address, he called on the Port Authority and the Metropolitan Transportation Authority to study potential options for relocating and improving maritime activities and enhancing transportation access to Brooklyn‘s Red Hook neighborhood. 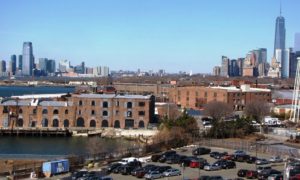 In a perfect example of the 3Re Strategy (repurpose, renew, reconnect), Cuomo is calling for many public works assets to be relocated, so those valuable waterfront properties can be repurposed and renewed. He also called for improved transportation access to reconnect the long-suffering neighborhood.

Long-time REVITALIZATION readers might remember my mention of retired New York City police detective Greg O’Connell in this article in our July 1, 2015 issue.

Greg almost single-handedly revitalized his current home, Red Hook, as well as his home town of Mt. Morris (pop. 3000) in upstate New York. His constant flow of regenerative activities in Red Hook built revitalizing momentum, and optimism about its future.

With this new proposal, Governor Cuomo is providing a major public boost to Greg’s efforts. No matter how many buildings Greg renews, Red Hook can’t fully revitalize without being properly connected to the rest of New York City. 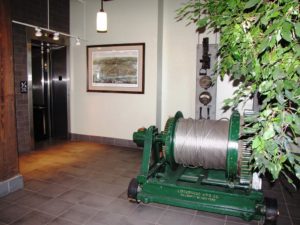 “Brooklyn’s Red Hook neighborhood is full of untapped potential, and with this proposal, I am calling on the Port Authority to accelerate consideration of relocating its Red Hook maritime activities to free up this waterfront for more productive community use,” Governor Cuomo said.

“I am also calling on the MTA to take steps to improve transportation options to Red Hook, including studying the potential of a new subway line to connect Red Hook to Manhattan,” he added.

Greg certainly deserves this “reward”. Back in 2015, he spent several hours taking me (Storm) on a personal tour of his many Red Hook projects. If all communities had “retirees” like Greg, they could dispense with many of their planners and economic developers. 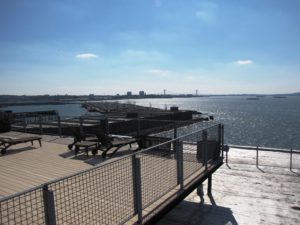 Cuomo called on the Port Authority of New York and New Jersey to explore options for improving and consolidating maritime operations by relocating activities at the Red Hook Container Terminal to the South Brooklyn Marine Terminal in Sunset Park.

This study would focus on the potential for relocating and consolidating maritime operations, working with the City of New York, with the twin goals of consolidating and improving the maritime shipping activities in South Brooklyn and freeing up the Port Authority’s Red Hook land for more productive community uses. 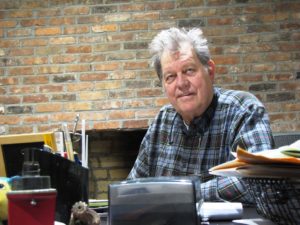 The Governor also asked the Metropolitan Transportation Authority to study options for improving transportation access to the Red Hook area and surrounding communities, including the potential extension of subway service from lower Manhattan to a new station in Red Hook through an underwater tunnel.

Once a plan for how to potentially relocate consolidated and improved maritime activities becomes clear and the MTA study is completed, a community-based planning process with key participation by elected representatives and interested stakeholders would be expected to recommend the appropriate redevelopment alternatives for any Port Authority land no longer needed for maritime activities.

Featured photo of one of Greg O’Connell’s residentially-repurposed warehouses on the Red Hook waterfront courtesy of The O’Connell Organization.